Sitting smug with a new iPad or Android tablet? Here’s our guide to the apps to litter onto your homescreen first once it’s all powered up.

If you were a good boy or girl this year and Santa brought you a tablet instead of a deodorant and shower gel combo pack, then there’s reason to celebrate.

Once you’ve unwrapped your fancy new slate and taken a short break from ogling it, it’s time to get down to personalisation. While hundreds of thousands of apps are patiently waiting for the opportunity to jump into your system, there are a select number that you need to download as early as possible.

From old favourites like Netflix and Spotify to less obvious choices like YPlan and Pocket, read on to discover which apps you need to get right now.

If you think we’ve overlooked a gem or two, let us know via the comments section below. 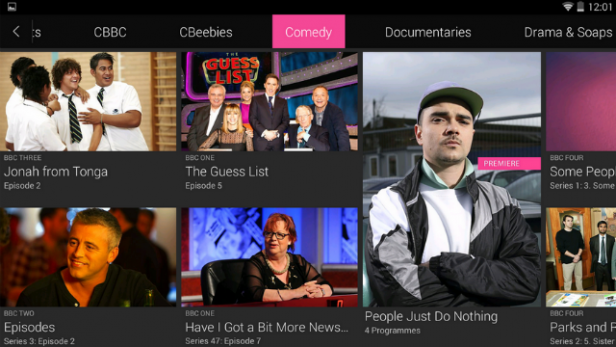 Whether it’s MasterChef, The Apprentice, EastEnders or the latest David Attenborough series, iPlayer is what you need to stay up-to-date with the brilliant, mediocre and plain rubbish TV shows you so dearly love. Naturally, it’s completely ad-free and while it doesn’t always perform as smoothly as you’d want it to, it’s still well worth a download.

It’s also easy to cast whatever you’re viewing on your tablet to your television, but if the rest of the house is adamant that the Mrs Brown’s Boys Christmas special will get the big screen treatment, you can slink into a corner and curl up with your slate instead.

Best tablet app to plan a night out: YPlan 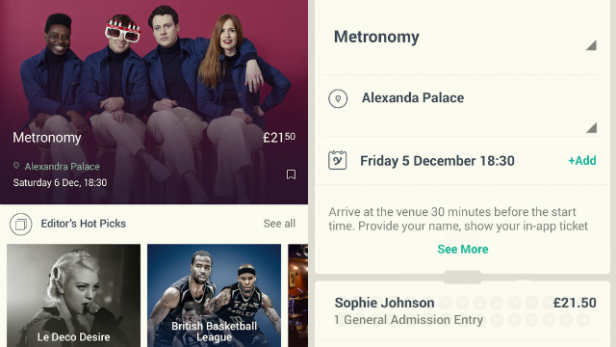 If you’re a little bit hopeless when it comes to planning evenings or weekends out, YPlan will help whip you into shape. With a couple of taps of your thumb, the app lets you discover and book tickets for a wide range of events happening near you, including comedy nights, clubs, magic shows, sports games and concerts. It’s entirely paperless too, which means you won’t have to worry about getting physical tickets delivered or, worse still, losing them. YPlan currently only caters to London, Edinburgh, New York, San Francisco and Las Vegas inhabitants, but it’s expanding. 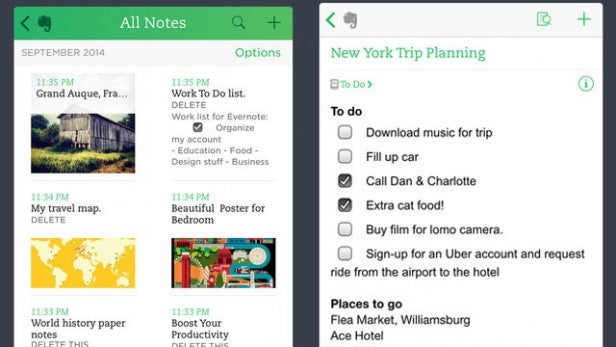 The fact that many of us still make notes with a pen and paper says everything about how technology can fail us in even the most basic of ways. Evernote, which lets you compile short and long lists, complete with photos and files, syncs everything across all of your devices, meaning you’ll have access to them wherever you are.

We all know someone who’s had a Christmas dinner nightmare – Evernote will ensure you have no excuse for forgetting to buy some of those more essential ingredients. Because it’s available on tablets means you can take it into a busy kitchen too, without it gobbling up too much room. You can also create collaborative workspaces and tick tasks off as you make your way through them. 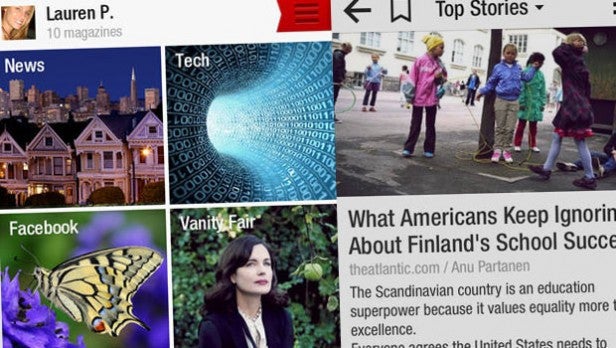 If you can’t live without your daily fix of news, depressing or otherwise, and only trust a handful of sources, Flipboard is a great way to make sure you only view what you want to read. The rather stylish app turns a number of specific news sources (hand-picked by you) into your own constantly-updating personal digital magazine. Smartphones can struggle to do the app’s visuals justice, but that won’t be a problem for your larger-screened tablet. 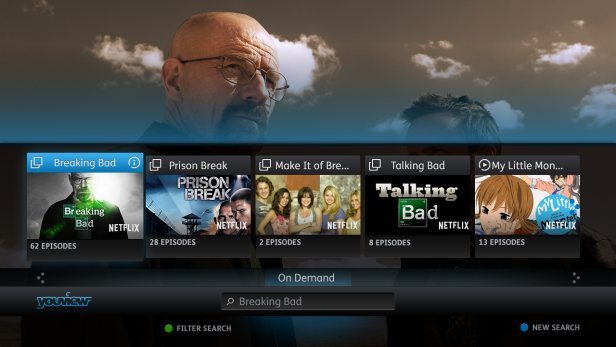 Christmas is meant to be a time for family and goodwill, but in reality it’s more about over-indulgence, laziness and watching loads of TV. What better way to spend the festive season than by powering up Netflix and embarking upon a good old movie-binge? The app boasts shed loads of shows and films, from documentaries and dramas, to comedy, crime, sci-fi and kids’ shows. Whatever you’re into, you’ll definitely find something you love (which your nearest and dearest may or may not hate). New to Netflix? You’ll be able to consume its services free for a month.

Best tablet app for saving photos to the cloud: Dropbox 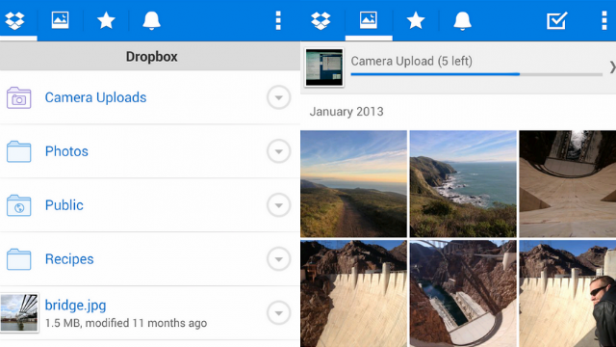 With its simple, clean user interface and the fact you can get up to 18GB of free storage just by getting your friends to sign up to the service, it’s no wonder Dropbox has become so successful. You’ll be able to access your files from any of your devices, and it’s really easy to share documents with your friends, even if they don’t use the app. It’s a great option for all the festive snaps you’ll be collecting, however, you might not want to throw your most important files into Dropbox because its security credentials aren’t the best. 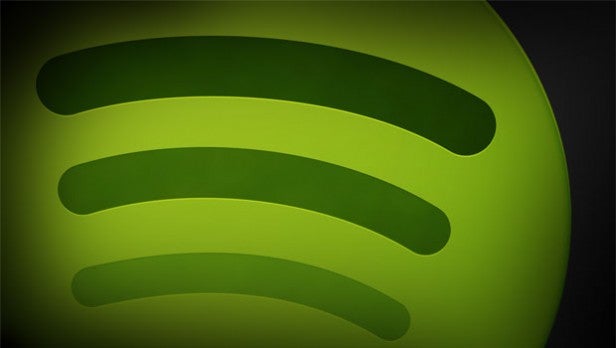 Whether you love them or hate them, Christmas tunes will inevitably make an appearance in your living room this month, and unless you fancy squandering a bit of cash on a terrible compilation from iTunes, Spotify’s your best bet. It’s free to download, but costs £9.99 a month if you’re after unlimited mobile access. It’s definitely better suited to your tablet, because it can drain your smartphone’s battery life pretty quickly. If you are a Windows tablet owner, there isn’t an official app but Spotlite makes a decent replacement. 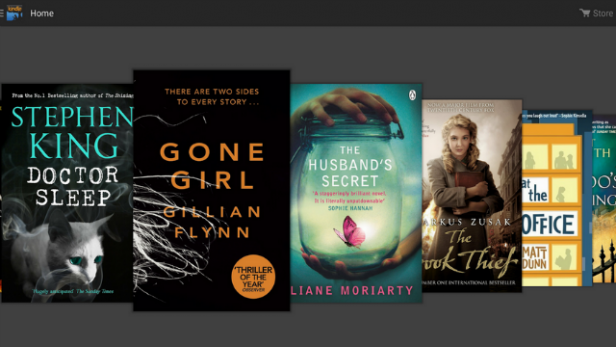 Tablet screens might not be quite as good for reading books as those of actual eReaders, but the Kindle app will still make your new slate a more convenient option than those beautifully heavy numbers on your bookshelf. With millions of different books to choose from, you’ll find plenty of ways to escape the Christmas crowds, sounds and cheese. 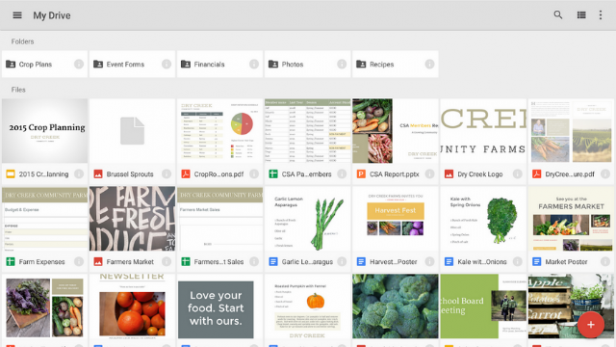 We don’t like to admit it, but a lot of us will have to do some form of work over the Christmas holidays, whether that’s due to drawing the short straw in the office, having to catch up with tasks you were meant to have done weeks ago, or simply loving your job. Whatever the case, your nearest and dearest will not be pleased to see you firing up spreadsheets and graphs on your laptop, which is why Google Drive is so handy. You’ll be able to disguise the act of sacrificing family time for carrying out tasks for ‘The Man’ as carelessly swiping around on your shiny screen. 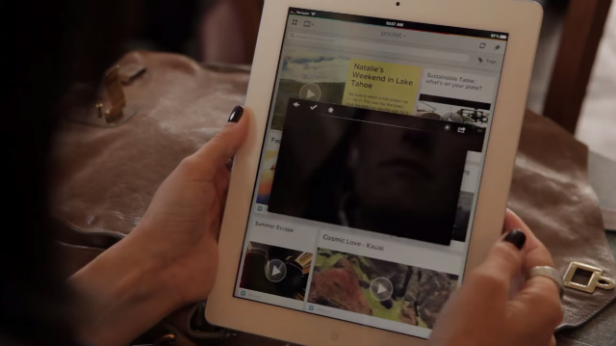 Pocket is a wonderful example of a simple solution to an everyday problem. The app enables you to save all sorts of content, including articles and videos, for your perusal later. What makes it so great for tablets in particular is that you don’t need an internet connection to view the bits and bobs you’ve saved, which will make all your journeys a lot more interesting. 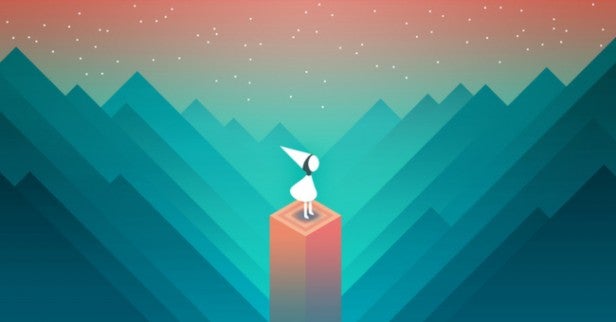 It might not be particularly useful but the app that can claim to be the most recent winner of Apple’s Design Award can’t be ignored. Monument Valley is game that’s garnered a lot of attention over the last year or so, and it’s not just about how it looks on an iPad Air 2. It’s a game in which you’re tasked with guiding a princess through various situations, and the graphics and optical illusions you’ll find along the way are stunning.