Google has just announced that the next version of Android won’t be Android 5.0 Key Lime Pie but Android 4.4 KitKat. And, yes, this is an official tie-in with the Nestle chocolate bar of the same name.

But what will the next version of Android offer? We don’t know yet, but here’s what we’d like to see. Let us know your own suggestions in the comments. 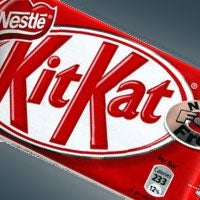 Multiple profiles for phones
With Android 4.3 Jelly bean, Google introduced multiple user profiles to Android. However, the feature’s only available on tablets, not phones.

It would come in just about as useful in an Android phone, though. You don’t want to hand over your phone to your child only to find they’ve deleted all your apps and spent £50 on the Google Play store.  Multiple user profiles aren’t just about protecting your data, either – they can protect the user too. By, for example, restricting the apps and web pages they have access to.

It was a long time overdue, but at present it’s not quite as good as Apple’s long-standing iPhone alternative. You can make your Android fire off its ringer, and you can even wipe its contents. However, you can’t send a message to the device. 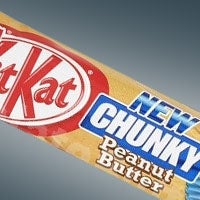 It’s also a simple app download, meaning whoever nicks your phone can easily get rid of it. For it to be truly effective, it needs to be built into the Android system.

Downloadable maps in Google Maps
One of the few bragging points the Nokia Lumia phones have over Android mobiles is their ability to download whole countries’ worth of maps using the Nokia-made HERE Maps suite. When you’re abroad, this is an absolute godsend as it means you don’t have to search for 3G/Wi-Fi signal and you don’t have to worry about roaming charges when trying to find out where the bloomin’ heck you are.

Google Maps doesn’t currently let you download maps for offline use, and it’s one of the few real sore points about Google’s otherwise pretty great apps roster. It’s a real shame when in other respects Google Maps is still the best free mapping solution out there.

Native Google TV controller app
Top-end phones are starting to offer an IR transmitter as a more-or-less ‘standard’ feature this year. This transmitter lets a phone mimic the signals sent by TV remote controls, and those of just about every home entertainment gadget. 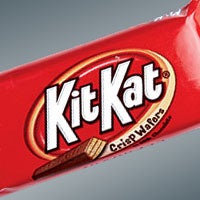 It’s a great idea. The problem? None of the apps that let you do this are good enough, yet. For a universal remote to be useful, it needs to be easy to setup and easy to use. The apps made by HTC and Samsung for the Galaxy S4 and HTC One are neither of these things.

If Google waded in and produced its own ‘home automation’ app, people might actually start using this feature. Most people we’ve talked to with IR-capable phones don’t even know they can do this stuff.

iMessage/Whatsapp equivalent built into messenger
We’ll be straight with you – Apple’s iMessage is a bit rubbish. It gets confused, often leads to you missing out on messages and is a nightmare if you happen to go abroad. However, it does let you send pictures quickly and easily for free, which is missing from Android.

Of course, you can get this functionality with a third-party app like Whatsapp, but wouldn’t it be nice to have it all integrated into Android? The obvious stumbling block is that this service would likely only be compatible with devices running Android 4.4 KitKat or newer, meaning it wouldn’t be a great deal of use for the first few months at least. 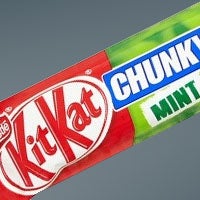 Native support for direct-to-SD app downloads
One of the top annoyance of an ultra-budget Android phone is that there’s often simply not enough internal memory to install some apps. And while many phones let you transfer apps to an SD card, the initial installation has to be made to the internal memory.

We’ve found that this flat-out stops you from being able to install higher-end games in some cheap phones. If Google enabled direct-to-SD card downloads, this problem would be solved. Unfortunately, it seems unlikely as Google’s Nexus devices show a trend towards ‘SD-free’ operation being the Android ideal.

It’s one of the key benefits of a unified system like iOS, but it shouldn’t be too hard to implement in Android either. As with the ‘Whatsapp’ style feature we’re dreaming of, though, it’s likely this would only work between up-to-date Android phones and tablets.

Let us know what you want to see in Android 4.4 KitKat.

Next, read our 10 reasons why you should care about 4K TV