What is Android 4.3 Jelly Bean?

Available first for the Nexus 7 2, original Nexus 7, Nexus 10, the Nexus 4 and Galaxy Nexus smartphones, the latest Jelly Bean update will also eventually roll out to other Android-running smartphones and tablets. Sony has confirmed that the 4.3 update will be available for selected Xperia smartphones and Google Editions of the Samsung Galaxy S4 and HTC One are expected to pack 4.3 as well.
Android 4.3 Jelly Bean makes a host of performance improvements, including triple buffering, reduced touch latency for gamepads, Bluetooth Smart support, CPU input boost, and a version of Project Butter that runs even smoother. The camera app, keyboard and notifications have also been tweaked to improve your everyday Android smartphone and tablet experience.
We managed to test out Android 4.3 Jelly Bean on the Samsung Galaxy Nexus, so here’s what’s new, and worth checking out when the ‘Android 4.3 update available’ message pops up on your device.

The native camera app has been redesigned in Android 4.3 to make accessing settings quicker and easier. Swapping the circular menu system for a new arch-shaped design, users can now swipe through icons in the middle of the screen to open up the advanced settings.

If you want to change the exposure levels, you can simply swipe through the Exposure icon to adjust appropriately. It can initially be quite fiddly to use, but it does make jumping into different camera modes feel more fluid. 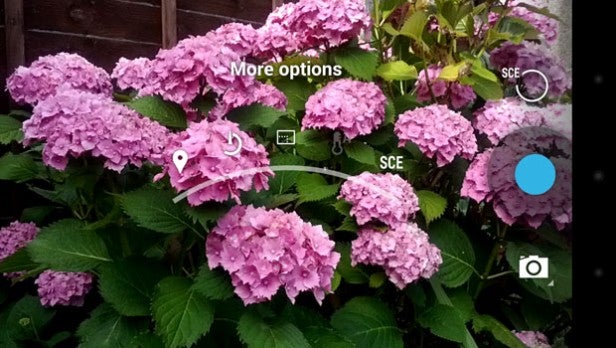 One of the most interesting camera features introduced in Android 4.2 Jelly Bean was Photo Sphere. This allows users to take a 360-degree photo by stitching together images to capture the entire scene. In its first incarnation, threading images didn’t work that well and images often looked like a jigsaw puzzle gone wrong. Android 4.3 improves the transition between images and exposure adjustment. You can now also share interactive Photo Sphere photos over your Google account.

Putting it to the test, progress has clearly been made in terms of the Photo Sphere end results. Dynamic management of exposure level is more prominent but threading images is still far from perfect. The slower you scan, the better the images will be. It’s getting there and when you get it right, the results can be pretty special.

Last, but by no means least, taking pictures is now no longer restricted just to the on-screen trigger. Android 4.3 allows you to use the volume rocker as a shutter button. Simply press either end of the rocker and you now have a dedicated camera button – this is something that has been adopted by some third-party Android UIs and, of course, the iPhone 5.

It lets you swipe from letter to letter without taking your finger off the screen. The keyboard will begin to predict words based on your gestures and adds spaces automatically. It works well with the more accurate dictionaries added in 4.1 and should appeal to speedy typists. 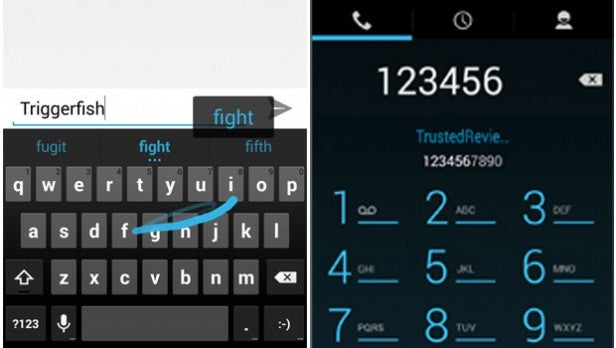 Furthermore, if you don’t want to dip into the phonebook for a number, the dialpad autocomplete feature means you can simply start typing a number and matching contacts will appear above. This feature can be enabled in the phone settings in Other Call Settings. It’s actually surprisingly handy if you know the first few digits of a phone number as well.

These minor tweaks will speed-up your day-to-day phone use.

Notifications have been a staple Android feature from the very beginning. After adding expanding notifications in Android 4.1 Jelly Bean, there are now more ways to deal with an appointment or a missed call. For instance, by making an appointment in the Calendar to go for a run, the reminder will pop up in the notification bar and provide the options to see the location of the run in Maps or simply Snooze the event reminder. It improves an already great way to avoid launching another app to deal with the notification. 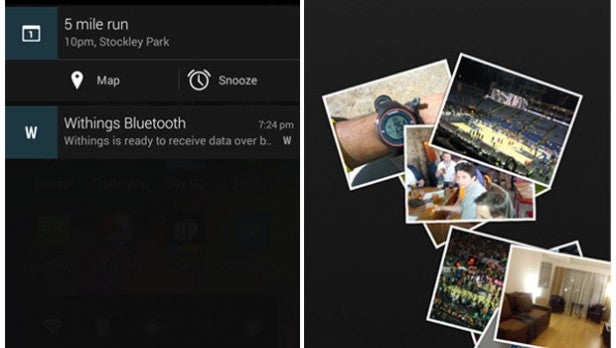 Apps and software that use location-tracking can have a significant impact on battery life. In Android 4.3 you can still provide that information to Android apps like Glympse and Share Where.

Now, though, it can be done a via a scan-only mode Wi-Fi setting. Android 4.3 Jelly Bean devices will be able to perform location scanning for apps to keep them updated even when the Wi-Fi is turned off.

Introduced in Android 4.1, Daydream is essentially a screensaver that can show off pictures when your Android tablet or smartphone is charging or docked. New Photo Frame and Photo Table modes let you use your device as a picture frame to display one or multiple images. You can access the new Daydream modes in the display settings menu. 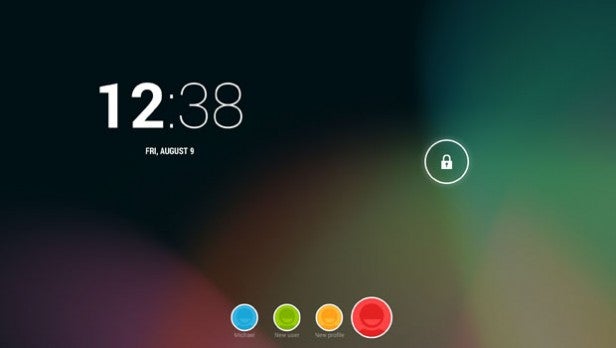 Arguably the most interesting Android 4.3 feature is the changes made to user profiles. It is something that the iPad currently lacks. The latest update is supposed to make switching between users faster from the lock screen, but it is still a little laboured.

The biggest new addition is that profiles can now be set up and given limited access to apps and content.

To set up restricted profiles, you can simply jump into the Users tab in Settings where you can choose to add a User profile and now a Restricted profile. Here you’ll see a list of all the apps downloaded to the device with a toggle beside each one to turn on or off.  When you wake the tablet up and access the restricted profile, you’ll only see the apps you have enabled for the profile. 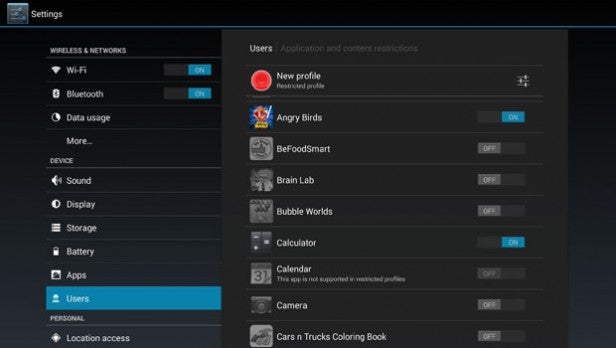 (Setting up restricted profiles on the Nexus 10)

There are some apps that are not compatible with restricted profiles like Gmail and Calendar, however you can grant access to Play accounts for Music, Magazine and Movies. If you need to use the camera, that also needs to be added in the setup as well. Interestingly, when you hook up the Android 4.3-running tablet to a PC,
it will only let you access content from the profile currently opened on
the device.

In terms of being an entirely kids-proof system, there are still ways to do some meddling. You can still access Bluetooth and NFC to transfer files. You can also uninstall apps as well. If you think your top score on Angry Birds is safe, you can think again. Android apps like Kids Place and Zoodles can offer a better solution to the problem of keeping others out of your profile.

On the surface, the Android 4.3 Jelly Bean update doesn’t make any wholesale changes. If you dig a little deeper though, there are few tweaks that Google has made to make this one of the slickest versions of Android. From the gesture keyboard, to the revamped camera app, everything is geared towards making Android work smarter, quicker and to improve the overall performance.

The introduction of restricted profiles is another feature that Android users can wave under the noses of iOS devotees. When stories about kids racking up big credit card bills on mum and dad’s iPad are almost a weekly occurrence, it underpins Google’s attempts to make its devices safer and more secure to use as a family.


The real potential of Android 4.3 Jelly Bean lies with future devices. Bluetooth Smart and notification access from third-party apps looks set to pave the way for more wearable Android devices and will continue to fuel talk of Android smartwatches. And from a more techy perspective, OpenGL ES 3.0 support means developers can once again push the boundaries of mobile gaming to deliver console standard visuals.

It’s a real no-brainer to download Android 4.3 update when it’s available. It makes subtle improvements to an already impressive Jelly Bean operating system. It’s quicker, works smarter and gives us a glimpse into the potential of Android devices in the future. It also leaves us eager to find out what Google will serve up when Android 5.0 Key Lime Pie arrives.

Read more: Check out our Nexus 7 2 review and our look at Google Play Music All Access.