We interact with one every day and probably take them for granted. The light bulb has been around for years and is one of man’s greatest inventions. But just like Apple is trying to reinvent the watch, companies have been trying to make light bulbs even more useful.

The internet of things and the quest to create more connected homes are certainly driving that innovation. Philips with its Hue lighting range remains the most high-profile example, but it’s not the only one getting in on the act. 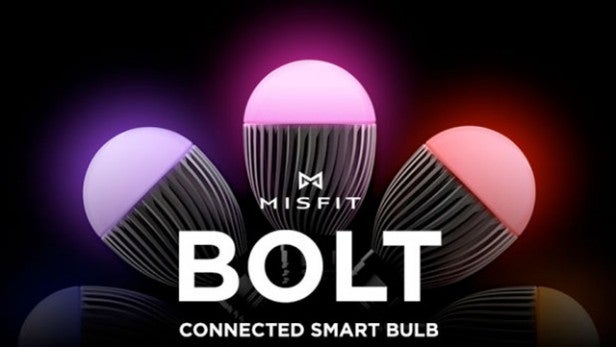 Misfit made its name making activity trackers such as the Shine and the Flash, so it was a bit of surprise when the company revealed its next project was a smart light bulb. The 13W LED bulb, which can screw into a standard electrical socket, packs a chip inside to create the multiple colour combinations, and has a dome that sits on top that uses a proprietary diffusion coating to disperse the light.

The Misfit Bolt can be controlled from your smartphone to create different coloured lighting landscapes, and if you own the Misfit Flash, the budget tracker can be used to control brightness and turn multiple bulbs on or off. It’s even compatible with Misfit’s Beddit sensor to sync the bulbs with your sleep cycles. 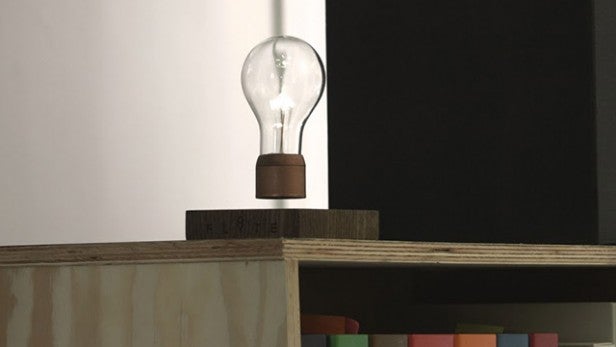 Levitating light bulb, anyone? This reinvention is all about the wow factor. The Swedish startup has launched a Kickstarter campaign for an LED light bulb that uses magnetic levitation and the same induction technology used in wireless chargers to enable the bulb to wirelessly hover and even rotate in the air.

It doesn’t use batteries, but it does have a power supply for the wireless power transmitter. The wireless base can also charge your smartphone, as long it supports the wireless charging standard. The base is available in oak, ash and walnut, so it should look stylish while performing its party piece. 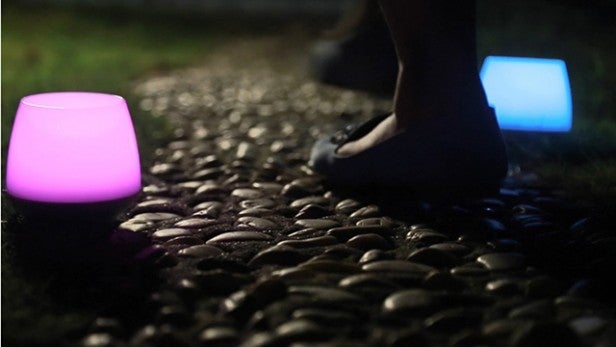 MiPow has been offering its smart light bulb solutions since last year and its latest addition is a solar-powered one primed for garden parties. Each bulb packs a solar-charging 650mAh lithium-ion battery, which is capable of absorbing enough light to run for 20 hours. It automatically turns on when it gets dark and turns off when the sun is out.

You can group together multiple lights and control brightness from the companion app to turn on additional lighting effects, such as a candle mode. If you’re worried about spilling your glass of Prosecco over it, it’s also IP56-certified water resistant. 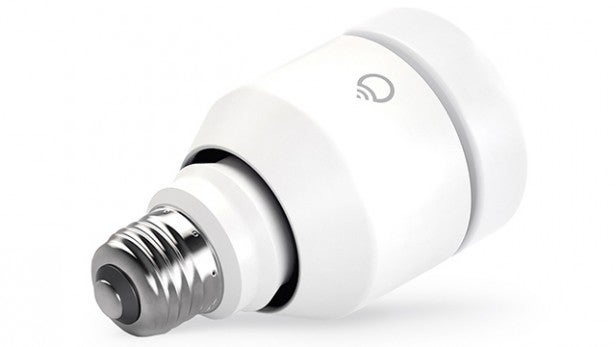 Qualcomm has been making our phones smarter and more powerful for years and now it’s turning its attention to the home after announcing the Athero chipset earlier this year. In partnership with startup LIFX, the White 800 is the first smart light bulb to pack the tiny module, which features a CPU, Wi-Fi and LEDs that can be controlled by your smartphone.

How the technology differs from other smart light bulbs is that it can be integrated with Qualcomm’s AllSeen and AllJoyn platforms. That means you can connect to, and control it from, other smart services in your home, whether that’s the bulbs reacting to someone opening a fridge door or changing the style of music. The White 800 goes on sale later this year. 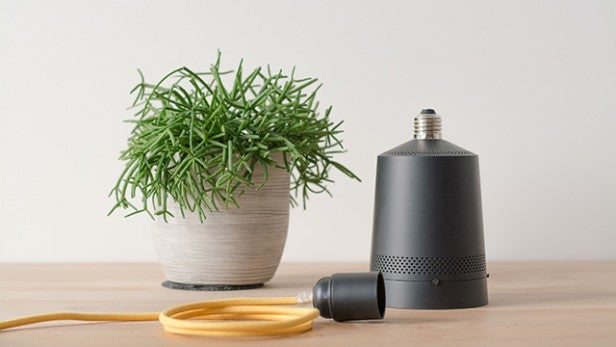 Part projector, part LED light bulb, the Beam successfully secured its Kickstarter funding back in March this year, raising almost $800,000. It can be screwed into existing light sockets and packs a dual-core processor, Wi-Fi and Bluetooth 4.0. It even boasts AirPlay and Miracast streaming support.

The Android-running pico projector can download apps from the Google Play store to its 8GB of onboard storage, and has a pair of 2W speakers for when you’re watching a movie. With a 854 x 480 resolution and 100 lumen brightness, it’s by no means a cutting-edge projector, but it can beam an image up to 120 inches wide and could be handy for those impromptu film viewings.