Has it really been 20 years? We celebrate Amazon moving out of its teens by picking some of the most interesting stories about the online shop that’s grown to take on Apple, Google and Microsoft.

Where would we be without Amazon? For starters, we’d have to physically fight off other shoppers for the last box of Christmas crackers instead of sitting at home with smug looks on our faces. And we’d probably end up paying double for replacement laptop chargers down at Maplin.

Since Jeff Bezos set the company up in 1994, Amazon has become a place where it’s all too easy to shop for those essentials and just be a click away from an impulse purchase.

To mark Amazon turning 20, we’ve compiled some of the most interesting stories to surface about the online retail giant and its enigmatic CEO and founder.

1. The company could have been called Cadabra.com

Well, it was one of the names that CEO Jeff Bezos played around with before picking Amazon out of the dictionary and registering the URL we all know on 1 November 1994.

In the book “The Everything Store: Jeff Bezos and the Age of Amazon” the origin of the name is well documented. Apparently Cadabra was too obscure, despite the name having been registered.

Other names played around with included MakeItSo.com in a nod to the Captain Picard command in Star Trek. There was also Awake.com, Browse.com and Aard.com. The name Relentless.com was registered in September 1994 and if you type it into your search bar, it’ll still take you to the Amazon page today.

Bezos finally went with Amazon, the name of the world’s largest river, to complement the company’s “world’s biggest book store” tagline – and the rest, as they say, is history. 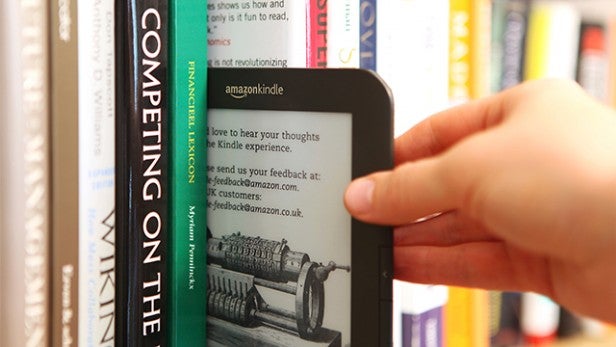 2. The Kindle went by the codename Fiona

Jason Merkoski, who worked on the Amazon Kindle development team, revealed in his book “Burning the Page: The eBook revolution and the future of reading” the story behind why the name Fiona appeared in ebook URL codes.

It’s all to do with a book called The Diamond Age by Neal Stephenson. Apparently, this is where the Amazon Kindle team found all of the codenames for early versions of their ebook reader hardware. Despite Jeff Bezos’s call to have codenames based around Star Trek, the team went with Stephenson’s novel as their inspiration, according to Merkoski.

Fiona was the main character and was the owner of an interactive book. The first Kindle Merkoski got to see was actually still called Fiona before it was given the name that can now be seen alongside commuters every morning.

3. Amazon called it Kindle because…

Lab126, the research and development team behind Amazon’s hardware line asked graphic designer Michael Cronan for help with naming the product line. Cronan passed away in 2013 and in an interview with his wife Karin Hibma, she revealed the designer’s train of thought for deciding upon the name Kindle.

“Michael came up with the name through our usual practice of exploring the depths of what the potential for the new product and product line could be and how the company wanted to present it. Jeff [Bezos] wanted to talk about the future of reading, but in a small, not braggadocio way. We didn’t want it to be ‘techie’ or trite, and we wanted it to be memorable, and meaningful in many ways of expression, from ‘I love curling up with my Kindle to read a new book’ to ‘When I’m stuck in the airport or online, I can Kindle my newspaper, favorite blogs or half a dozen books I’m reading.’

“Kindle means to set alight or start to burn, to arouse or be aroused, to make or become bright. The word’s roots are from the Old Norse word kyndill, meaning Candle.

“I verified that it had deep roots in literature. From Voltaire: ‘The instruction we find in books is like fire. We fetch it from our neighbours, kindle it at home, communicate it to others and it becomes the property of all.’ No other name could hold a candle to Kindle.”

So there you have it. It’s all to do with fire, and probably explains why we have the Kindle Fire tablets as well. 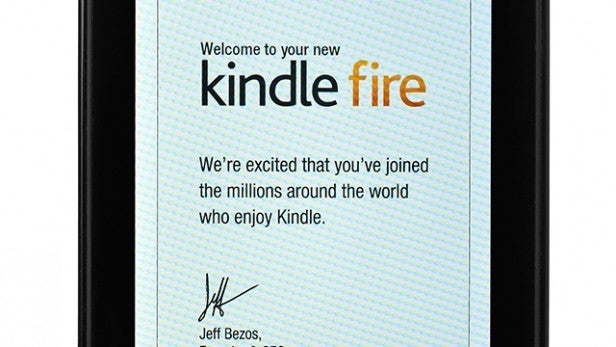 Like any big company, Amazon tried things that didn’t work out. The Fire Phone is a more recent example of this, despite Bezos saying more of the handsets are on the way. Back in 2005, the company also tried to get a piece of the mapping action.

A9, as it was then known, offered driving directions and street-level photos to identify buildings and addresses. Amazon equipped trucks with digital cameras to capture the photos used in the service that would also be used for Amazon’s Yellow Pages search engine.

That was all before a Google Street View car was even on the scene. Unfortunately, A9 didn’t really take off and chief algorithm officer Udi Manber moved to Google to work on something called Google Maps. 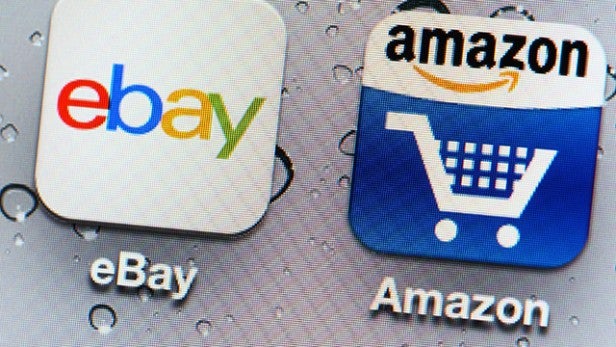 Four years after Pierre Omidyar set a up a little company called eBay, Jeff Bezos thought it would be a good idea for Amazon to offer something similar, so he introduced an auction site back in 1999. It even partnered up with the auctioneers Sotherbys to sell art and collectibles through the auction portal.

To help kick things off Bezos even listed his original desk, which he built himself. The 80-pound desk went for $30,100 and was sold to raise funds for the World Wildlife Fund.

Bezos later admitted that Amazon Auctions “didn’t work out very well” and had similar feelings about zShops, which came after Auctions and similarly flopped.

That then became what we know as the Amazon Marketplace, which accounts for a healthy portion of sales on Amazon.com. So it worked out in the end. 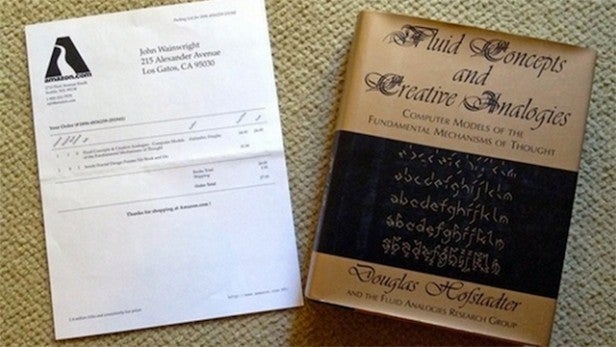 6. The first non-Amazon employee customer was…

Before Amazon.com sold everything from toothbrushes to rowing machines, it was primarily a place to buy books online. The first person to make a purchase was one John Wainwright.

Wainwright, a software engineer from Australia, who almost worked for the company, spent $27.95 on a copy of “Fluid Concepts and Creative Analogies: Computer Models of the Fundamental Mechanisms of Thought” by Douglas Hofstadter. This piece of light reading about artificial intelligence is still available to buy on Amazon and remains on Wainwright’s purchase history.

His historic purchase also inspired the company to name a building after him.

6. The story of the desk doors

In what is possibly one of the most bizarre stories to surface about life at Amazon HQ, a former employee spilled the beans on one of Jeff Bezos’s more frugal traits.

Greg Linden wrote in a blog post about a trend that first started with Bezos in his initial garage setup before becoming a company-wide part of the furniture. Linden talked of buying wooden doors, splitting pillars in half and bolting them together with angle brackets to make desks for the company’s offices.

Apparently it was all to do with the increased surface area a door desk has, letting you fit more than a few computer monitors. Linden mentioned some of the issues he had to confront, such as keyboards being too high to type on and the sharp edges on the angle brackets. 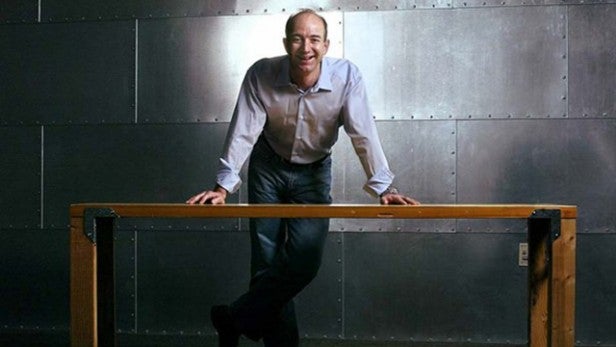 In the build-up to the busy holiday period in the US, the book “The Everything Store: Jeff Bezos and the Age of Amazon”, recalls how the company was failing to keep up with the demand for buying toys for Christmas.

According to the book, Kerry Morris, a
buyer who recently joined the company from Walmart, had Amazon employees buy out Pokemon toys and Mattel’s Walk ‘N’ Wag dog toys from Costco and Toys R Us stores around the US.

Apparently Morris managed to even suck up all of the Pokemon toys available on the Toys R Us website. Just to keep those Amazon buyers happy. 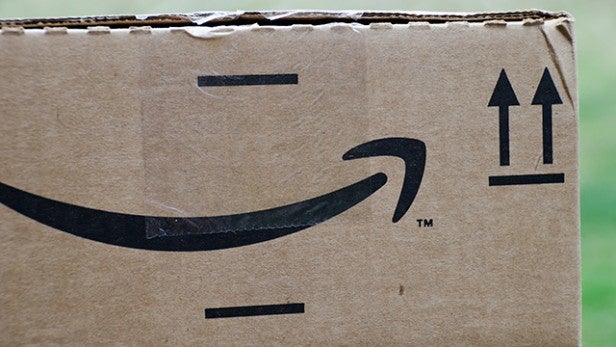 8. The Amazon Logo on the box is more than just a smile

Most customers probably don’t take notice of it, but for the logo fans out there, there’s more to that yellow arrow than you think. Not only does it signfy the smile you should have on your face when your package turns up in time, but it also symbolizes that Amazon sells everything from A to Z if you look at where the arrow starts and begins.

9. Quora and Hulu were headed up by former Amazon employees

Charlie Cheaver (Quora) and Jason Kilar (Hulu) were both employees before they decided to go it alone and work on other projects. Cheaver co-founded the website where you can ask and answer questions. Kilar meanwhile served as CEO on the online TV company, but recently left the post to set up Vessel, an online video subscription service. 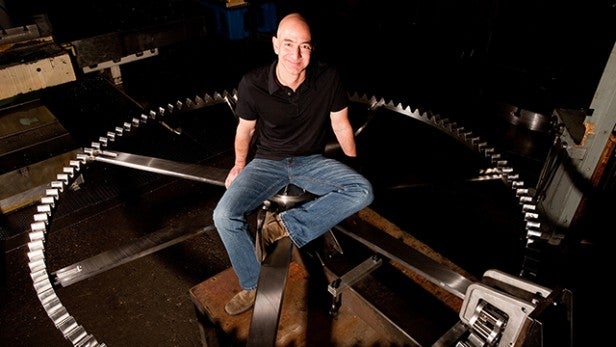 Amazon’s CEO is renowned for his eccentric interests and while he’s not physically building this mechanical clock than can run for 10,000 years, he’s invested a big chunk of change in it. The fortunate recipient of his millions is the Long Now Foundation, which is leading the project.

It’s being built on his own land with his own money, but why is he doing it? Well, it seems that it doesn’t serve a practical purpose but acts more as a symbol for civilization to be more patient in what is a now a more fast paced world. We could have thought of some better ways to spend that £20 million on, Jeff… 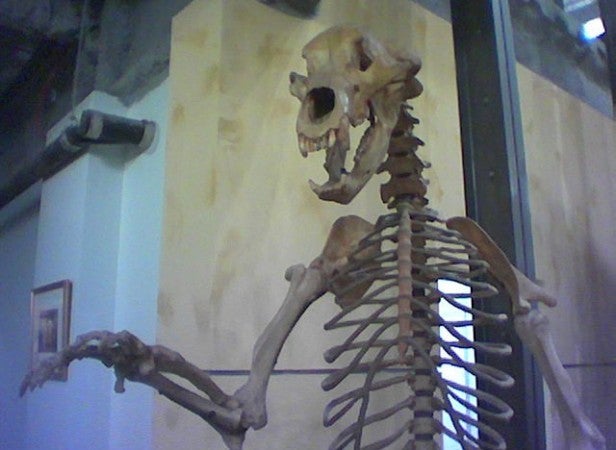 If you thought building a 10,000-year clock was odd, we should all just remember that Jeff Bezos also decided to spend $40,000 (around £25,000) on the skeleton of an Ice Age cave bear. Brad Stone covered the extravagant purchase in his biography of Bezos back in 2013. The skeleton can now be found freaking people out in the entry lobby hall at the company’s headquarters in Seattle.