Looking for the latest news on The Winds Of Winter release date? We’ve rounded up all the news and rumours about when the next ‘A Song Of Ice And Fire’ book will be released by Game of Thrones creator and author George R. R. Martin.

The Winds of Winter is the upcoming sixth entry into Martin’s A Song Of Ice And Fire series of novels, and has been a long time coming.

Martin began writing the books way back in 1991, and released the first entry – A Game Of Thrones – in 1996. Since then, he’s published five full novels from the series and even helped create the hugely popular and award-winning Game of Thrones TV series.

But despite the fifth book – A Dance With Dragons – having launched back as far as July 2011, we’re still hanging around for the sixth of a planned seven-novel series. With Martin’s writing pace often the source of controversy, we’ve decided to compile what we know about The Winds Of Winter release date in hopes of soothing the growing angst amongst book readers.

Warning: There may be plot spoilers below, so read on with caution. 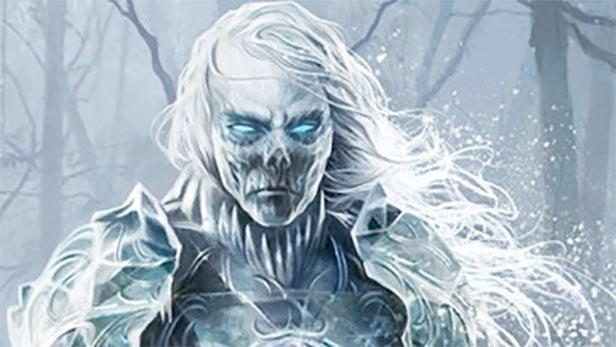 The Winds Of Winter Release Date: Latest news and rumours

After the news that Game of Thrones season 8 won’t be released until 2019, George R.R. Martin posted on his blog that he was still “months away” from finishing Winds of Winter.

Previously, fans had been hoping that it might be released in autumn 2018, to help tide us over until season 8, after New York’s Strand Book Store listed a September 6, 2018 release date for Winds of Winter on its list of the ’20 New Books to Look Forward to in the New Year’ – something many took to be an inadvertent leak.

However, the book shop has since relegated Winds of Winter to ‘honourable mention’ status, with the release date now listed as ‘finger’s crossed’.

Martin, though, loves to tease his fanbase, so there’s no saying that it won’t come out in 2018 – it’s just not looking as likely as it once did.

This isn’t directly tied to the next series of GoT, of course, as the insanely popular TV show has already leapt ahead of (and, in some cases, radically diverged from) the books on which it is based.

As Martin told Metro US: “The book series and TV adaptation go their separate ways. On the screen, characters are killed right and left. About 20 of them have died already, which are quite alive to me and will appear in a new book. They’re quite divergent in so many respects for the remainder of the show.”

The Winds Of Winter Release Date UK: When is the next ‘A Song Of Ice And Fire’ book out?

When The Winds Of Winter was first conceived, it was to be the final part of a trilogy. However, Martin eventually decided that the last – and seventh, it transpired – novel would actually be called A Dream Of Spring.

Fans have subsequently been baying for the release of the sixth instalment, Winds of Winter, but as most George R.R Martin fans know, the writer has a certain process which can drive readers mad.

After teasing a 2018 release for Winds of Winter, Martins stated that he would have to finish Fire and Blood (a detailed history of Westeros) first. Coupled with his recent “months away” declaration, it looks like Fire and Blood might be the best Christmas present GoT fans get this year, and that Winds of Winter is more likely to be released in 2019 coinciding with the final season of the Game of Thrones TV show.

A Song of Ice and Fire: A brief history of George R.R. Martin’s books

As we said, the first A Song of Ice and Fire book came out over two decades ago, in 1996, and was followed by A Clash of Kings in 1998, sharply leading on to the end of the first ‘trilogy’ with A Storm of Swords – which came out in two instalments in 2000 and 2001.

So four sizeable novels in the space of five years? Fans of the series must have been ecstatic to have such a committed and fast-paced writer…

However, Martin subsequently envisioned a five-year passage of time passing between A Storm of Swords and book number five, A Dance with Dragons, which follows Daenerys back to Westeros. (This does make sense, as Daenerys is 13 in the original trilogy and could probably do with some maturing before returning with a claim to The Iron Throne).

Unhappy with the coverage of events through flashbacks, though, Martin instead wrote an ‘interim’ book, A Feast for Crow, which arrived in 2005.

It would be a six-year wait before Martin  released A Dance of Dragons in 2011, which clocked in at 1600 pages, by which point most people realised the show would overtake the book series – which it did from GoT season 6 in 2016.

Confused? That’s seemingly how Martin likes it, so here’s an ordered timeline of how A Song of Ice and Fire has progressed in recent years.

2010: In June 2010, Martin had completed four chapters of the book, and later revealed that an additional chapter from ADWD had been moved to TWOW. As of July that year, 100 manuscript pages had been completed; Martin has previously estimated that the final volume will comprise of over 1,500 pages.

2011: In 2011, Martin released A Dance With Dragons after six years of writing, and pledged to continue writing ASOIAF books in January the next year. Just before the release, Martin said he hoped that “the last two books will go a little quicker than this one” and said it may take “three years to finish the next one at a good pace”. 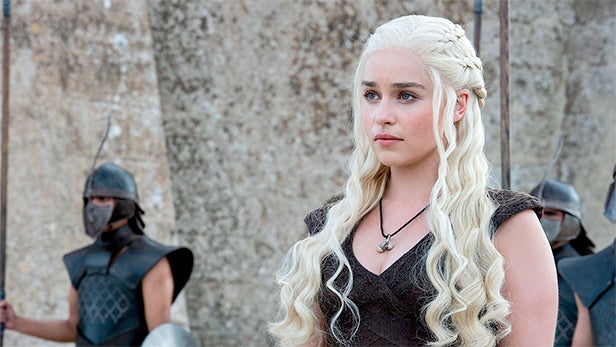 As of 2017, the Game of Thrones TV adaptation plot has moved well beyond the finale of the sixth (and most recent) ASOIAF book, A Dance With Dragons

2012: By October 2012, Martin confirmed that 400 pages of TWOW had been written, although he added that only 200 of these were “really finished”, with the remaining half requiring editing.

2013: In April the next year, Martin’s own estimates put him as having written a quarter of the book and, refusing to cow to demand for a release date, told fans that it would “be done when it’s done”.

2014: At the start of 2014, Martin’s UK publisher Jane Johnson confirmed that the book would “certainly” not be published before 2015, and then later noted that it was “not a 2015 release”. Martin himself said that he would like to finish the book before the sixth season of the TV series aired, as it would cover content from the book.

2015: In April 2015, Martin posted another chapter from the book, this time from the point of view of Sansa Stark. Later that year, both the Spanish editor and Polish translator of the novel said that the book was not expected to be published in 2016.

2016: At the beginning of 2016, Martin revealed that he had missed his end-of-year deadline with his publisher for TWOW’s release before the sixth season of the Game of Thrones TV adaptation. He said there was “a lot still left to write” and that the book was “months away still…if the writing goes well”. By June that year, at least 11 chapters had either been published as a sample or read publicly.

In December 2016, Martin said: “I’ve been telling you for 20 years that winter was coming. Winter is the time when things die, and cold and ice and darkness fill the world, so this is not going to be the happy feel-good that people may be hoping for. Some of the characters [are] in very dark places. Things get worse before they get better, so things are getting worse for a lot of people.”

And in June 2017, Martin hit back to a blog commenter bemoaning the long TWOW wait, and wrote: “Do you really want or need weekly WoW posts all saying, ‘Still working on it, not done yet?’” and added: “A number of sample chapters have been posted on my website, and I’ve read more of them at cons.” 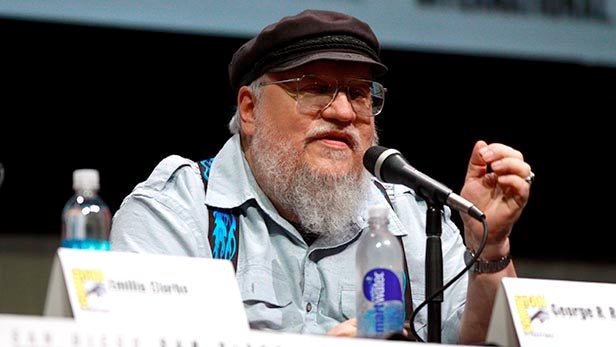 George R. R. Martin, the American novelist behind the A Song Of Ice And Fire books, is now 68 years old

The good news is that George R. R. Martin has been steadily trickling out sample chapters in a bid to quell the unrest amongst avid ASOIAF fanatics.

Here are all the sample chapters officially released by Martin:

Here are fan summaries of chapters read at conventions:

The Winds of Winter Characters: Who gets a POV chapter?

These are the following confirmed character point-of-view chapters:

Tell us your predictions for the release date of the next A Song Of Ice And Fire book by tweeting us @TrustedReviews.