The HTC Vive is arguably the best VR headset that money – admittedly a lot of it – can buy right now.

That doesn’t mean it’s perfect though, and despite only being a few months old, a second-generation model with improved features is already reportedly on the way. And soon too.

According to latest claims, which have surfaced courtesy of the Taipei-based Central News Agency, the HTC Vive 2 will be showcased next week, with the upgraded virtual reality headset tipped to make an appearance at CES 2017.

A highlight on the annual tech calendar, CES 2017 is set to be held in Las Vegas between January 5 and 8, however the show will be preceded by a number of high profile press conferences. 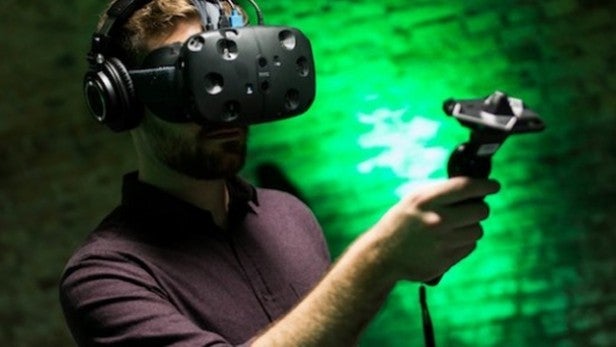 Although HTC has yet to offer an formal indication as to what a second-gen Vive headset would offer, the reports have claimed it will answer the shortcomings of the originals.

As well as doing away with those pesky, irritating wires by adding a new wireless transmitter, the revamped headset will reportedly throw in new 4K displays for enhanced image quality.

On top of this, as well as being sharper, content viewed through Vive 2 will reportedly be smoother, with the headset’s refresh rate expected to jump from 90Hz to 120Hz.

Given that the original Vive has only been available to consumers for a matter of months, however, we’d suggest taking these claims with a hearty pinch of salt for now.

While it’s entirely possible that new Vive technology could be shown off behind closed doors in Las Vegas, a formal unveiling and demonstration is extremely unlikely.

What would you like to see a HTC Vive 2 headset add? Let us know in the comments below.