Best Prime Video series and TV shows: A subscription to Prime also adds Prime Video, meaning you can binge-watch a wide range of content to your heart’s content. Like Netflix, Prime Video has plenty of  TV shows to watch, but what are the best picks?

Prime Video’s library is made up of Originals, exclusives and programming from various Hollywood studios. While it doesn’t have the big heavy hitters or international selection of Netflix, it’s just as broad and diverse. This guide will help you sift through all the must-watch TV shows on the service.

Not all of Amazon’s content/exclusives content is in 4K HDR. But for a full list of everything that is, check our guide on how to find 4K HDR content on Prime Video. 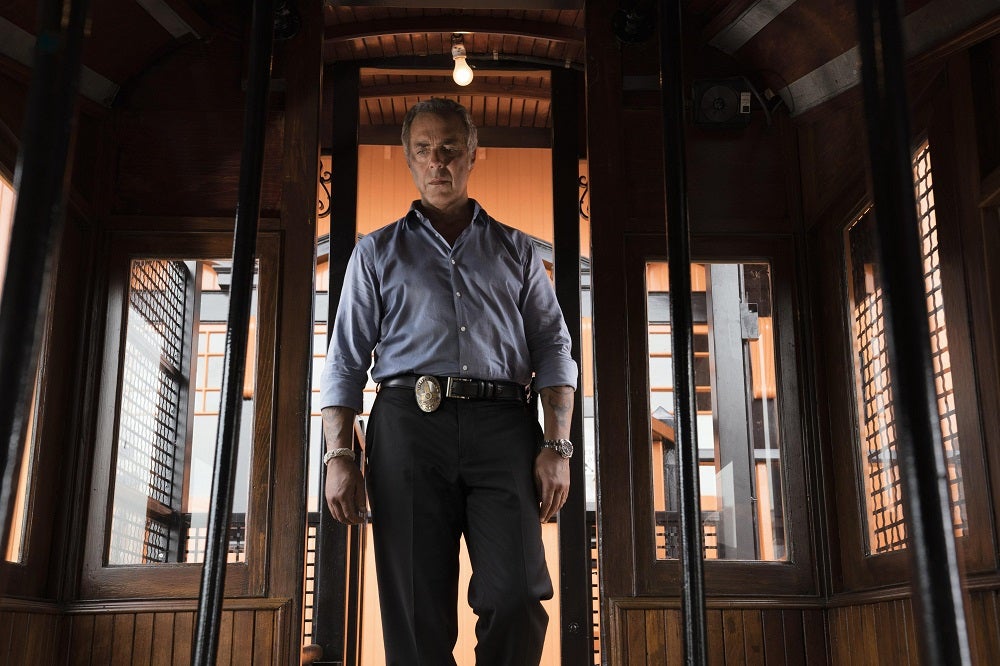 Bosch is an adaptation of Michael Connelly’s books based on LAPD Detective Hieronymus “Harry” Bosch. Played to great effect by Titus Welliver, Bosch is the type of detective who gets the job done in his own inimitable way, while also having a fiery attitude to authority. And his house is amazing.

It’s a show that’s so good it’s underrated. It takes its time, but narrative threads build to a thrilling climax each season. Bosch is easily one of the best crime shows available. The seventh, and final season, is due to arrive in 2021. 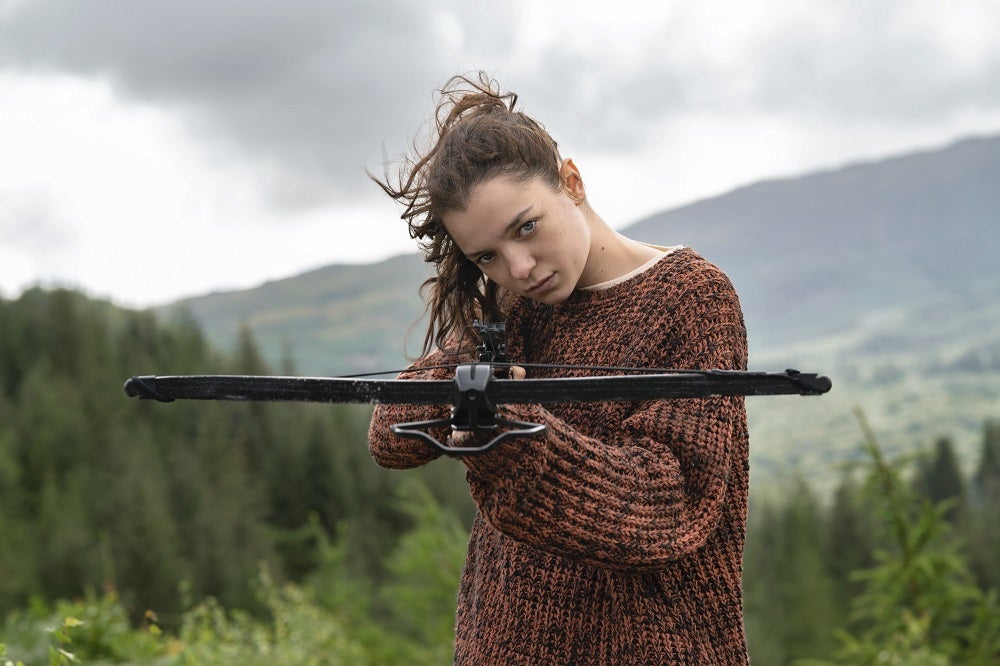 An adaptation of the Joe Wright film of the same name that starred Saoirse Ronan. It more or less revisits the story from the beginning, with Joel Kinnaman replacing Eric Bana and Mireille Enos playing the Cate Blanchett character.

The series follows a similar trajectory, mixing the thriller genre with a coming-of-age story, but has less of the fairy tale styling of Wright’s film and tones down the violence. The mythology is expanded and characters beefed up for what is a slightly long-winded but still entertaining series. 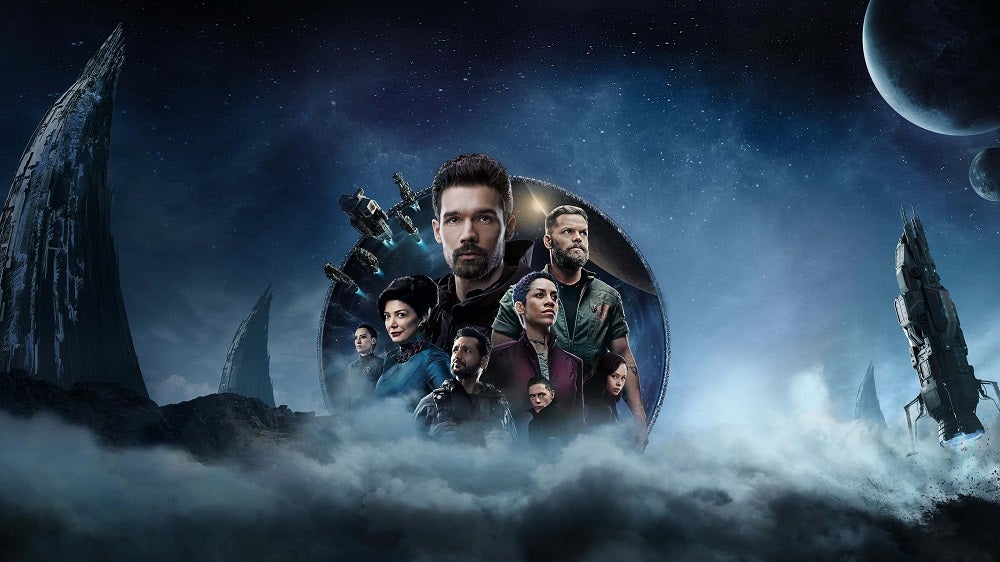 Based on James S. A. Corey’s novels, The Expanse is set two hundred years into the future where humanity has colonised the Solar System. Told from several perspectives, the story sees a conspiracy threaten to unravel the peace between the various factions in charge of the Solar System and result in an all-out war.

If you liked the reboot of Battlestar Galactica, omens are good that you’ll like how The Expanse mixes political intrigue, sci-fi and space opera into a compelling story. 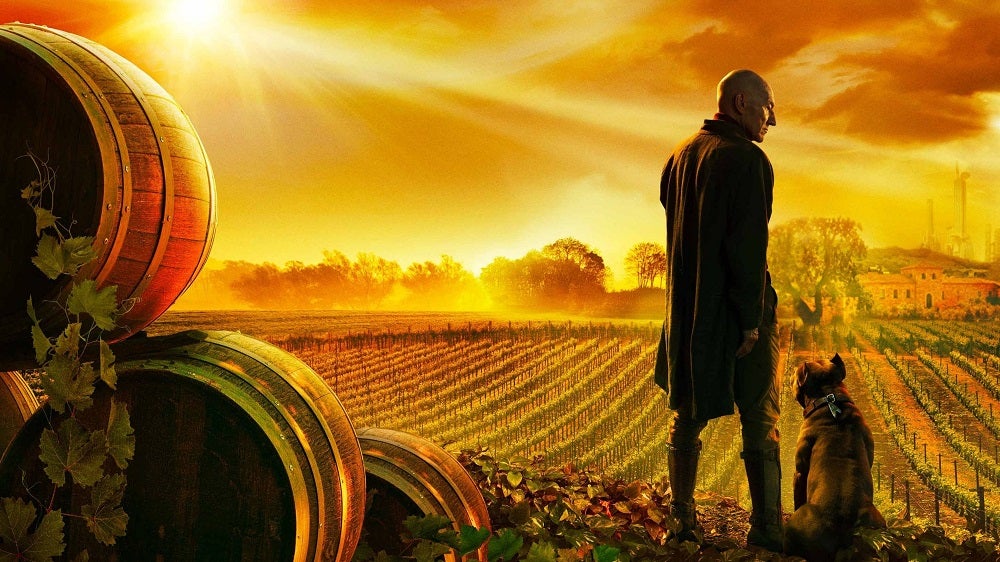 Netflix has Discovery, but Prime Video has Picard. Patrick Stewart resumes his iconic role, as the series picks up 14 years after his retirement from Starfleet. Living the quiet life on Chateau Picard, a mysterious young woman arrives in need of his help, drawing him back into the fold.

It’s always good to see Patrick Stewart, and while this is a slower, more serialised entry into the Trek canon, it’s done with great appreciation for the character, and features the return of a number of beloved characters. 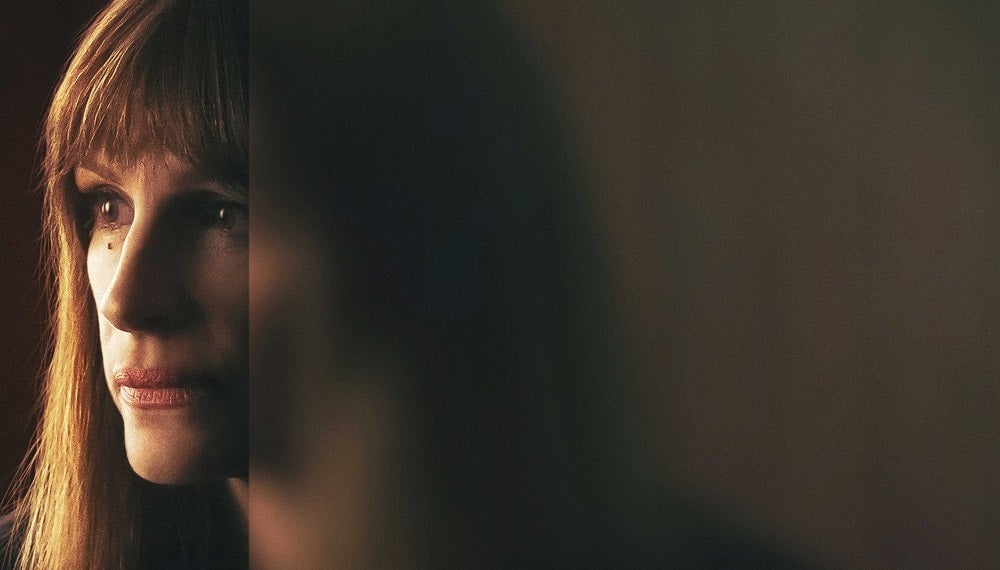 Homecoming is based on a podcast, and is a show that deals with themes of memory and identity. Each season has a different protagonist, with the story revolving around the mysterious Geist Group which helps soldiers transition back to normal life.

The first season saw Julia Roberts make her small-screen debut as a caseworker who has difficulties remembering what happened during her time working at the Homecoming Initiative. The second season features Janelle Monae as another caseworker who wakes with no memory of who she is. Stylishly directed and well-acted, the first season has the more engaging mystery of the two. 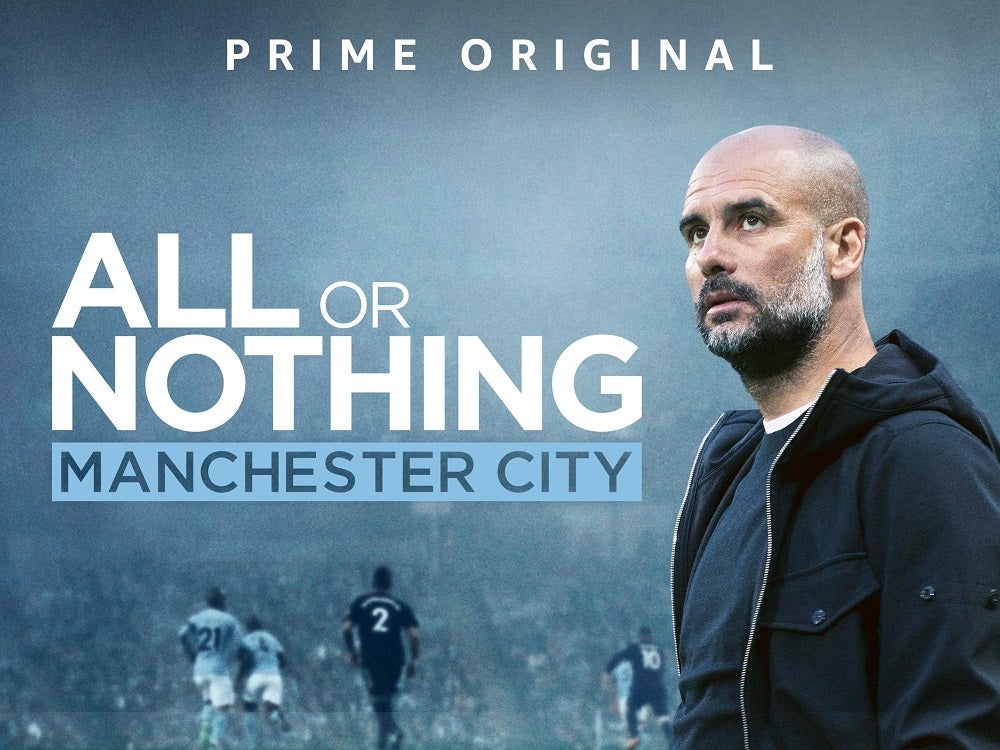 All or Nothing: Manchester City

There are several All or Nothing series on Prime, but the one of most interest to UK viewers is the Manchester City series.

Narrated by Sir Ben Kingsley, the docu-series follows City’s successful 2017-18 season which saw them win the Premier League and League Cup. It gives the viewer behind-the-scenes access to the players, management and coaching staff, and while it veers towards a glossy commercial at times, it’s worth watching for Pep Guardiola’s surprisingly sweary and odd speeches. 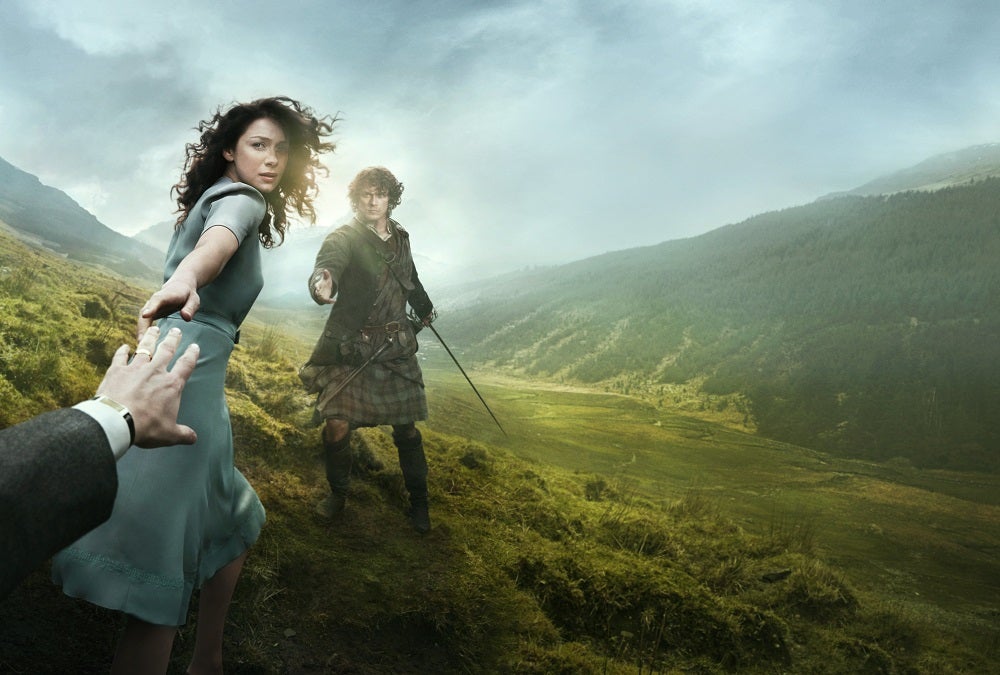 Fancy a bit of romance? Outlander is adapted from Diana Gabaldon’s novels and is about a married former nurse (Caitriona Balfe) in 1945 , who is transported through time to Scotland 1743. There she meets Sam Heughan’s Highland warrior, and finds herself caught in the middle of the Jacobite risings.

Mashing fantasy, romance and historical drama, Outlander proves to be an addictive mix if you like your romances epic and sweeping. 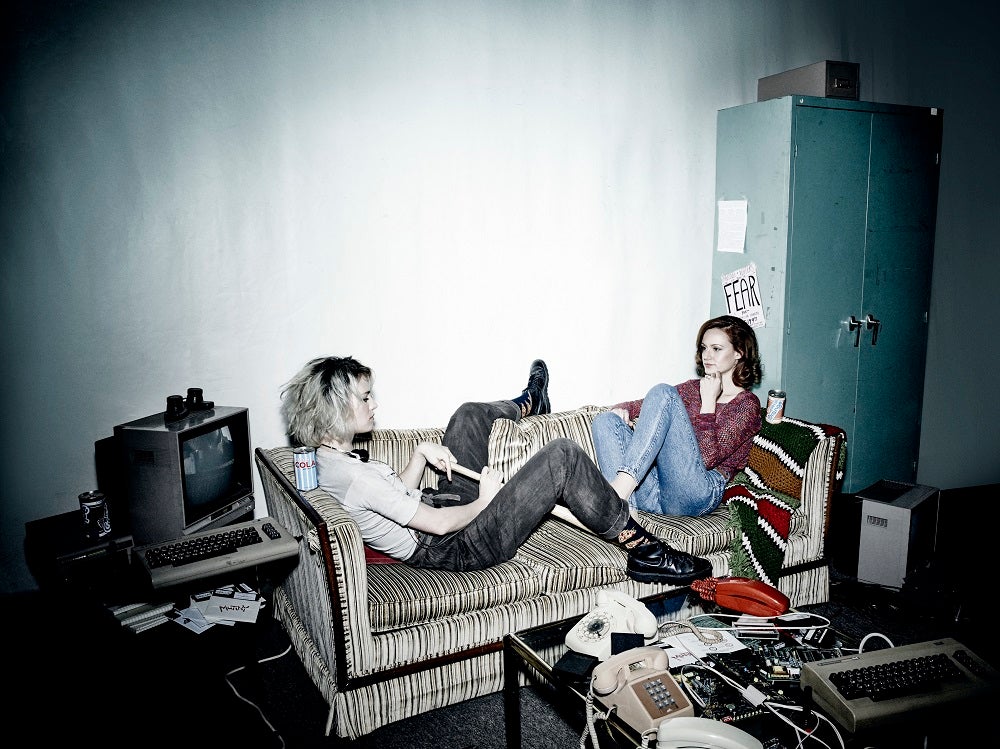 Halt And Catch Fire is a period drama series set in the 80s, which means wild haircuts, square-looking suits and Porsche convertibles. It was also the decade that saw the rise of the PC and what would eventually become the World Wide Web.

Following fictionalised characters but set among the backdrop of real events, it’s a cracking series about a group of upstarts, innovators and very smart people capable of doing very dumb things. With great acting and compelling relationships, this is likely one of the best shows you’ve not yet watched. You should redress that immediately since it’s available on Prime in its entirety. 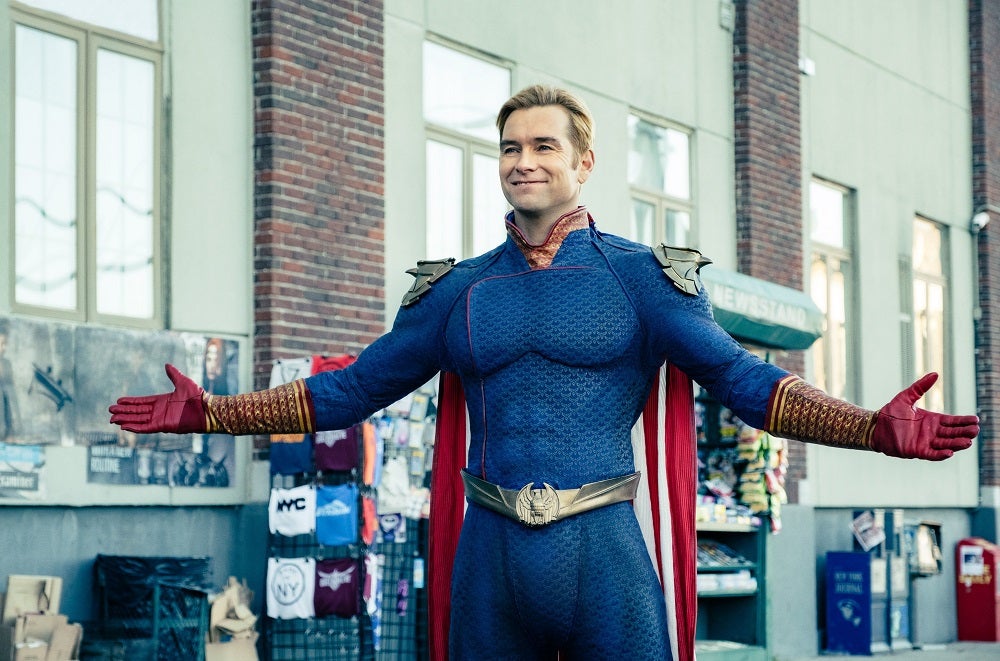 Garth Ennis and Darick Robertson’s debauched comic-book got the adaptation it deserved. Following a group of vigilantes who fight back against super-powered individuals who abuse their powers, it is a humorous and dark take on the superhero genre.

Anchored by Karl Urban’s Billy Butcher and Jack Quaid’s Hughie Campbell, it takes a different direction to the comics with an ending that sets up a very interesting season two. Look out for the next season in September 2020. 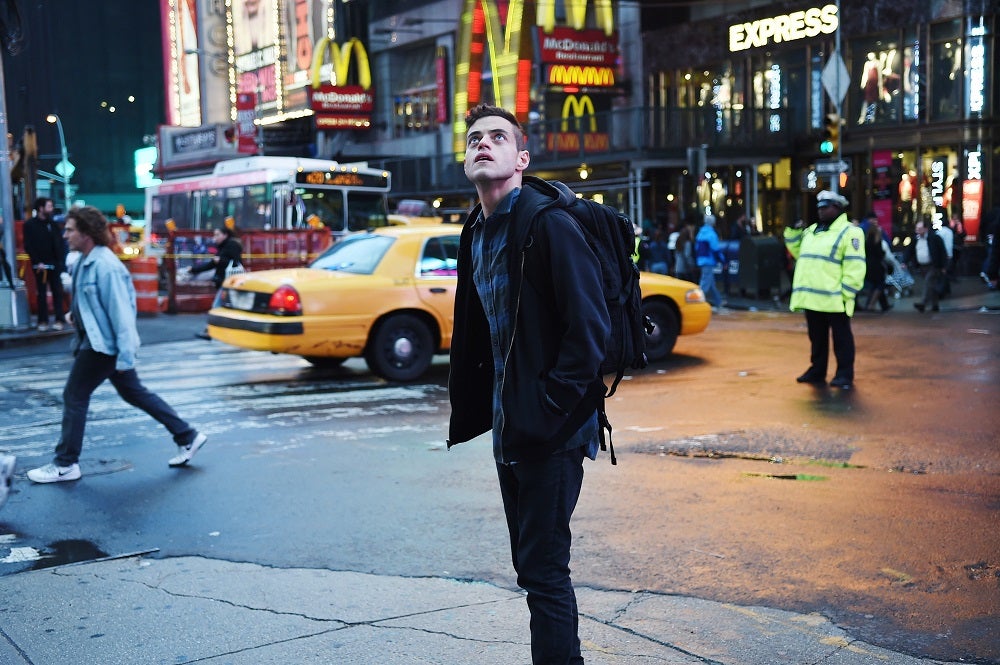 Mr. Robot was a sensation when it first came out, but seemed to lose its pop culture zeitgeist-y feel over the course of its run. Still, that shouldn’t deter you from giving it a watch. Pre-Oscar Rami Malek makes a great impression as Elliot Alderson, a programmer by day and vigilante hacker at night who suffers from social anxiety and depression.

Created by Sam Esmail, it’s well directed with bold visuals that take inspiration from Stanley Kubrick and 70s paranoia thrillers. Now that the series is finished, you can binge watch it in its entirety. 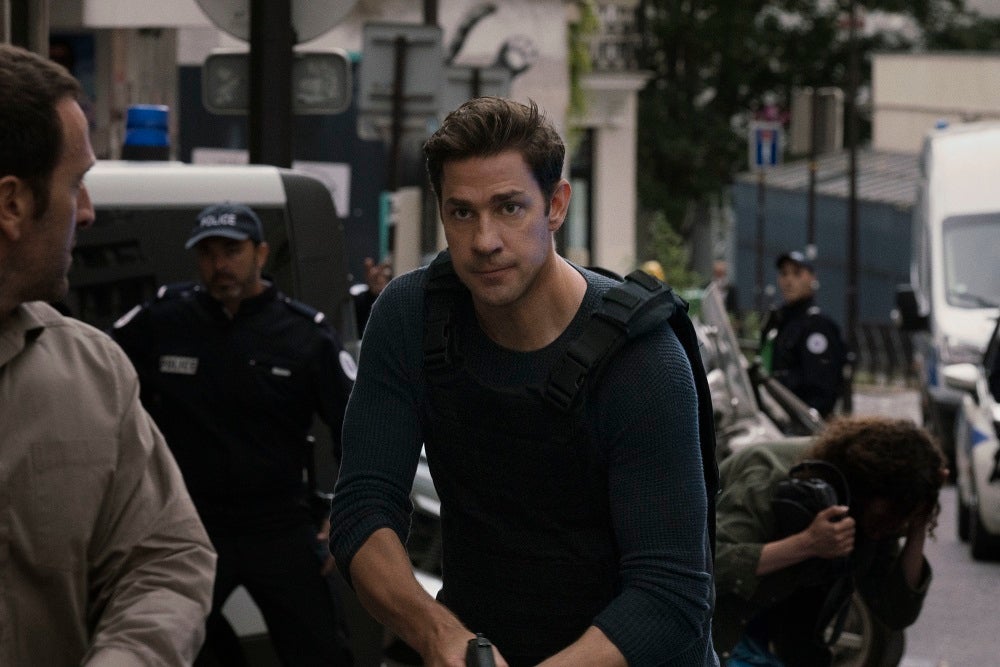 This ranks as one of the better Jack Ryan adaptations, with John Krasinski confidently stepping into the analyst’s shoes. The first season saw Ryan up against a terrorist group preparing to attack the United States, and the second season drops him in South America in the middle of a political election in Venezuela.

The action is great, as is the acting and production values. It could use a few more episodes to flesh out its characters and plots, but Jack Ryan is, at times, a suspenseful action/political thriller. 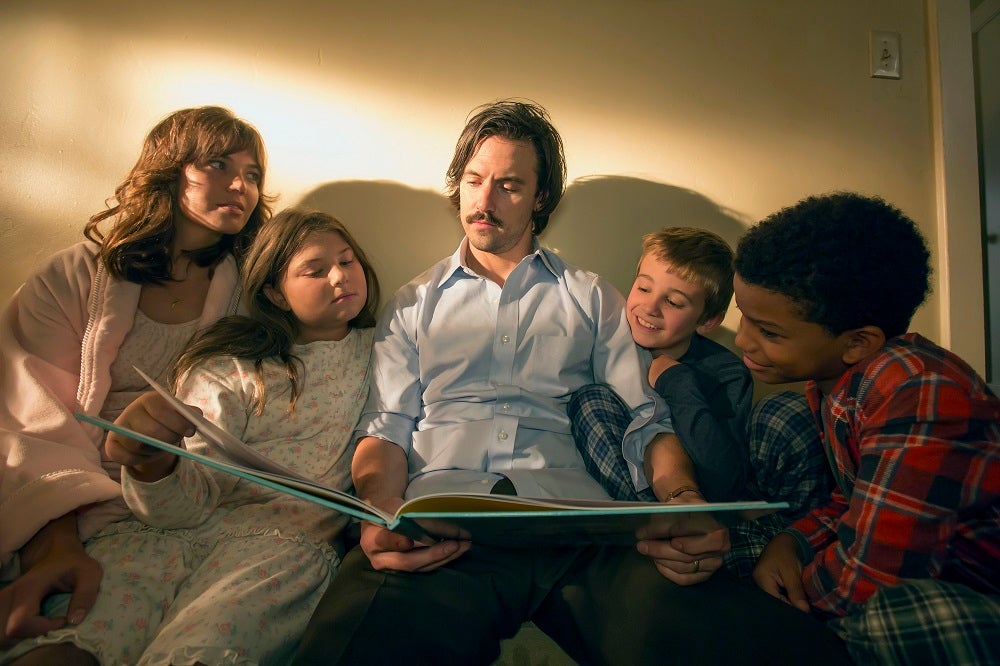 This Is Us is one of the most acclaimed TV shows of the past decade. It comes from the mind of Dan Fogelman who wrote Crazy Stupid Love and also had a hand in Disney’s Tangled.

Following the story of a unique set of triplets and their parents, it’s mostly set in the present day as it follows the kids as adults with flashbacks to the parents. As a series about the emotional ties and baggage of familial relationships, it’s both heartwarming and tragic. Once you’ve started watching, you won’t want to stop. The Man in the High Castle

What if the Axis powers won World War II? This is the story of The Man in the High Castle, adapted from Philip K. Dick’s novel. Nazi Germany and the Empire of Japan rule the United States in an alternate 1962, and the plot kicks into gear when a film reel emerges of Germany and Japan losing the war, a reel thought to have been created by the mythical man in the high castle.

It sends the lead characters on a journey of discovery, dealing with the reel’s potentially revolutionary ramifications. The Man in the High Castle was one of Prime Video’s first Original Series and still stands as one of its best, taking its thoughtful premise and turning it into an engrossing series.

If you enjoy streaming content online, then it’s essential that you also keep your private data safe while surfing the web. It’s easier than ever for hackers to infiltrate your network and steal your personal information, but not with a VPN at hand. We’ve tested several VPNs here at Trusted Reviews and handpicked the best VPN deals that are available right now.