Today, the company goes back to basics with the Sonos Ray: a budget soundbar that’s designed to deliver better sound than your average telly.

“There are over 1bn TVs in the world, and only 10% have sound augmentation. The huge majority of TVs have just atrocious sound quality and need help,” explained Paul Peace, audio systems engineer at Sonos. “Ray will allow many, many more TVs to have good sound.”

As Peace described it, the Ray is the “smallest, most compact and least expensive” soundbar in the company’s range. It measures 95 x 559 x 71mm and weighs 1.95kg. Sonos says that it can be paired with a TV up to 55-inches in size, and can sit on a solid surface or, with the optional accessory, wall-mounted. As with most Sonos speakers, it’s available in both black and white.

There is the standard set of touch controls on top, with play/pause and two additional controls that act as volume, skip and replay.

This soundbar doesn’t have any microphones, so there’s no voice control with Alexa, Google Assistant or the new Sonos Voice Control system.

As the Ray is built to deliver better audio to a larger range of TVs, the soundbar has only an optical input on it, rather than the HDMI eARC inputs that its more expensive models have. This is because optical is by far the most common type of audio output on TVs, so it should make the Ray easier to connect.

Of course, going with optical does have drawbacks. First, there’s no HDMI-CEC for passing remote control commands through the TV to the soundbar; however, the Ray does have an IR receiver, so you can programme it to respond to your TV’s remote control.

Secondly, optical connections have limited bandwidth. While the Arc and Beam (Gen 2) support lossless Dolby TrueHD via eARC (or Dolby Digital Plus via regular HDMI ARC), the Ray is limited to standard Dolby Digital 5.1. As of a recent update for all Sonos players, the standard version of DTS is also supported.

Dolby Digital and DTS are still good sound formats and were the basis of home cinema for years, but the choice reinforces that the Ray is about delivering improved, clearer sound for regular TVs, rather than being the last word in home cinema quality. 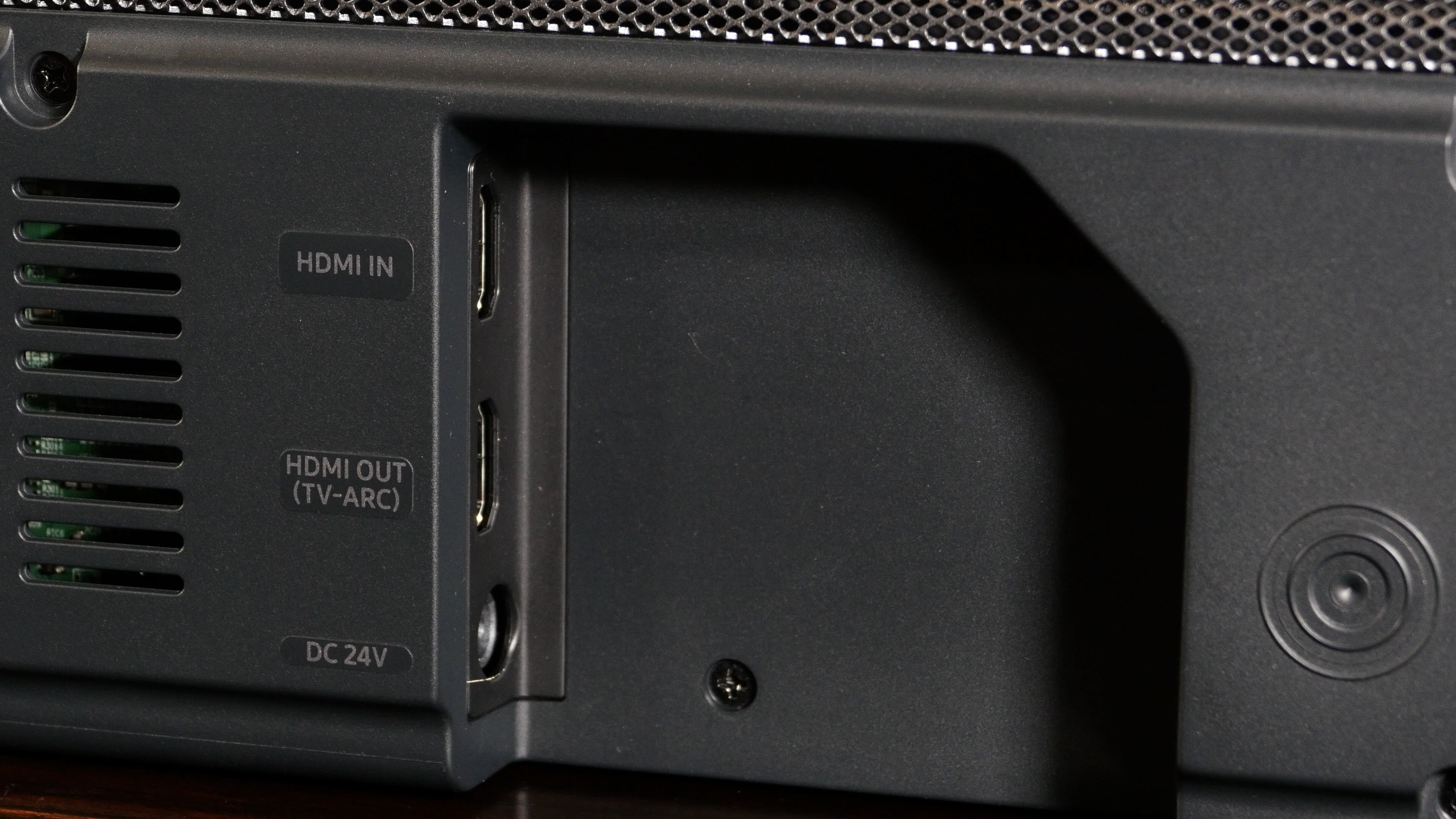 HDMI ARC and CEC not working? Try these fixes 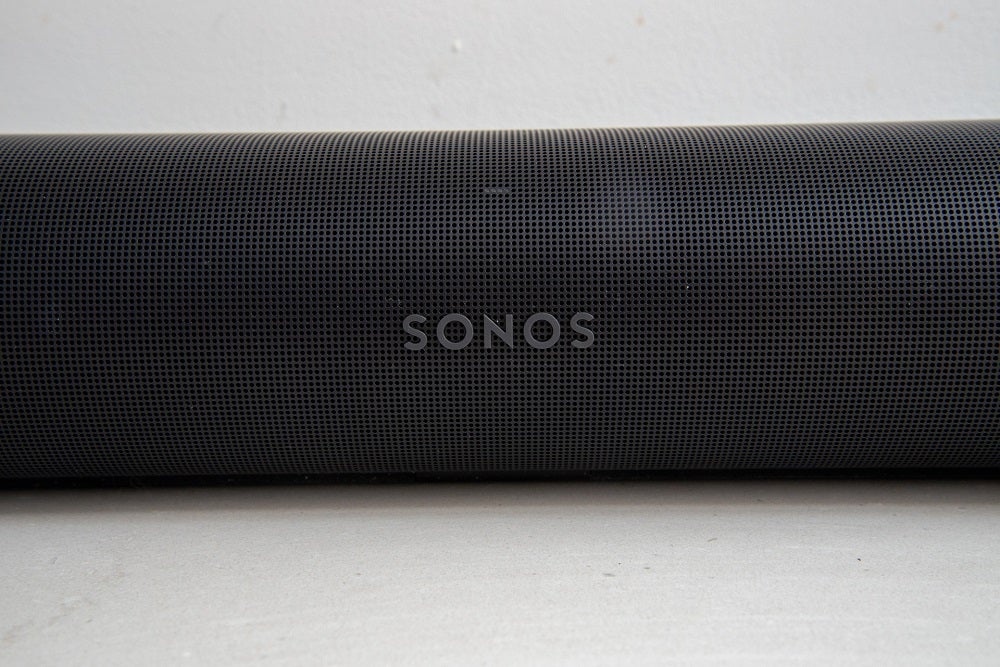 How to get DTS sound on Sonos Arc and Beam

Not that the Ray can’t form the basis of a full surround-sound system. As with the other soundbars, you can add a pair of any other Sonos players as the rear speakers. Given the size of the soundbar and its intended audience, it makes sense to pair Sonos One SL speakers (or use a single Sonos One in the mix for voice control).

The Sonos SUB is also compatible with the system for extra bass, although, given the speaker’s price, it may be a bit overkill.

Although it may not use the latest sound formats, the Sonos Ray has been designed to deliver a quality audio experience that goes beyond what a basic TV can deliver. Internally, it has four Class-D digital amplifiers controlling two tweeters, two full-range midwoofers, plus a low-velocity port design for bass.

Internally, the soundbar was built to deliver high-quality audio and has a few tricks to do so.

“The centre channel is anchored by two small woofers, the placement and choice important to delivering dialogue,” explains Peace. “Waveguides flank those left and right.”

Those waveguides deliver the width of the sound that, Peace explains, “creates virtual loudspeaker positions in space”. The two curled ports that you can see in the image below are designed to give the soundbar its low-frequency impact.

It’s not all about hardware design, and the Ray will deliver its best sound when tuned with Sonos TruePlay. That helps balance the sound based on the size and shape of a room, plus the location of the soundbar in it. As Peace explains you can put the Ray “in a cubby and it will operate just fine”.

Via the app, there are two additional modes for audio: Speech Enhancement boosts the frequencies used in dialogue to make it easier to hear, and Night Sound reduces the intensity of loud effects, so the quiet of your home isn’t disturbed.

While a soundbar is primarily designed for films, the Ray is also a full-on Sonos multiroom player. It integrates into an existing Sonos S2 system, and works and operates like any other Sonos music player. Sonos has done its work to make sure that music sounds good, too.

“Music has to be a premium, too,” says Peace. “I spent more time making sure that music played just as well as cinema.”

As well as streaming music via the Sonos app, the Ray is also Apple AirPlay 2 compliant.

Thinner and thinner TVs and reduced bezel sizes may all be good news for looks, but there’s an issue, particularly on cheaper sets: sound quality suffers. With little room to put speakers, a lot of TVs arguably sound worse today than models did a few years ago. Throw in complaints about audio mixing and mumbled dialogue on TV shows, and it’s no wonder that many of us strain to hear what’s going on.

Soundbars are a great way to boost audio quality, but not all of us want or have space for big and expensive models that support the latest TV standards, particularly on a secondary TV in a kitchen or bedroom. The Sonos Ray looks like it will help fill that gap while acting as a standard multi-room music player, too. If it can hit the sound quality levels that Sonos is playing, this could be a must-have upgrade for standard televisions.