If you’ve got a Sonos soundbar, such as the Sonos Beam or Sonos Arc, then you may have run into one of the biggest limitations: no support for DTS sound. Sonos has said that with a focus on streaming, it’s decided to focus its efforts on Dolby sound formats, with the Arc supporting Dolby Atmos, Dolby TrueHD, Dolby Digital Plus and Dolby Digital.

For the most part, it’s a strategy that works until you try and play a Blu-ray that only has a DTS soundtrack, in which case you’ll probably find that you don’t get any sound. So, what can you do about it? The answer really depends on the type of kit that you have. Here, we’ll explain the different options.

Set your Blu-ray player to transcode to Dolby Digital

If you’ve got an Xbox One X or Xbox One S, then there’s an option in the Display & sound settings to change the digital audio output bitstream format to Dolby Digital or Dolby Atmos. When you select either of these options, the Xbox will re-encode DTS sound as Dolby Digital and pass it through your TV to the Sonos soundbar. Note that only the Sonos Arc supports Dolby Atmos, so Beam owners will need to select Dolby Digital.

The only other way around the issue is if you have a Blu-ray player or Ultra HD Blu-ray player that supports similar options. That sounds good in theory, but the bad news is that, to the best of our knowledge, only some Samsung and Oppo players have the option to re-encode DTS to Dolby. Sadly, both companies have pulled out of the player market, so unless you’ve got one already, you’ll find it hard to buy one.

If you’re lucky enough to have a Samsung player, you can change the output to re-encode to Dolby Digital, which will get you 5.1 surround sound. 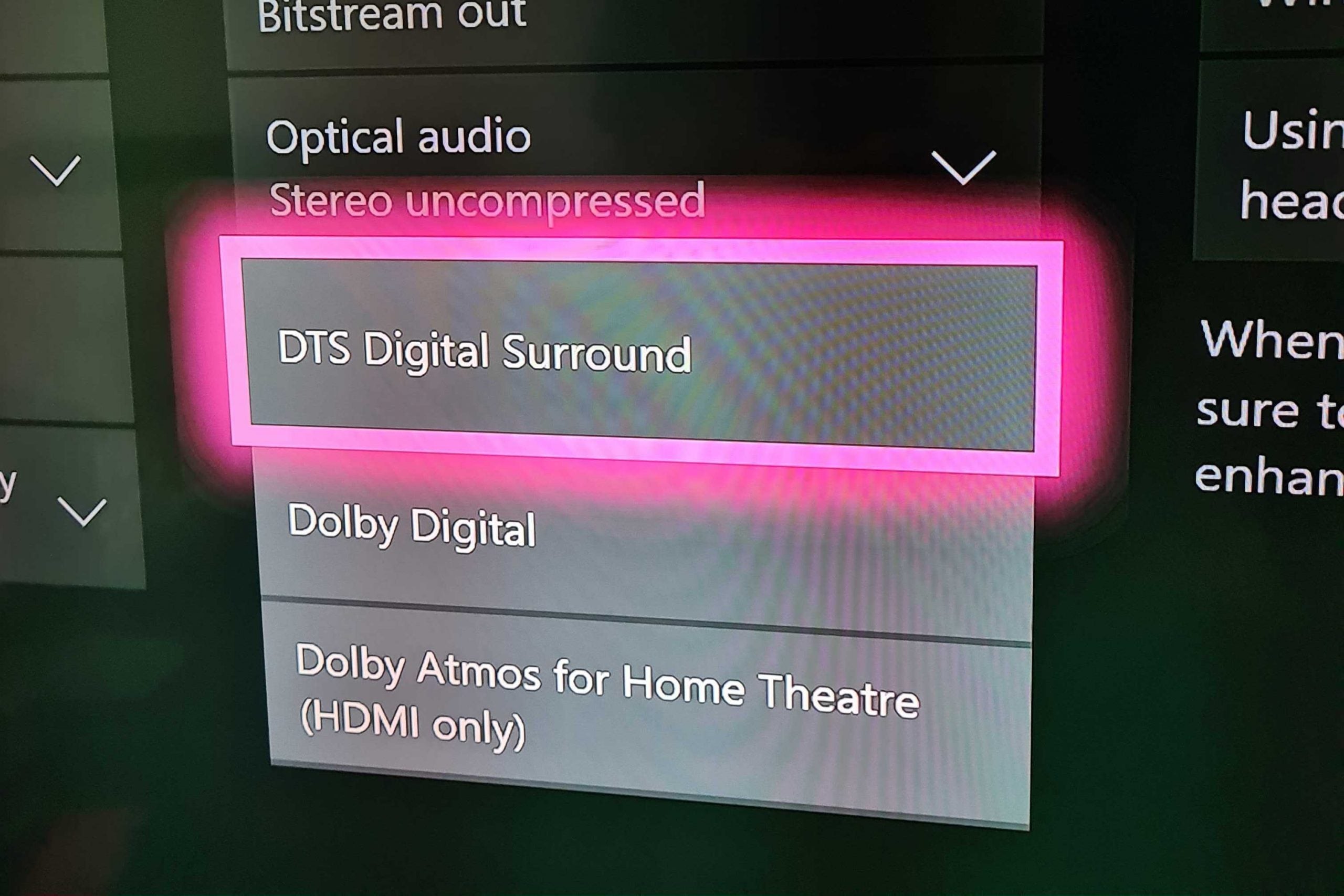 If you don’t have any of the options above, then you’ll be forced to use PCM audio instead. With this audio format, your player decodes the soundtrack and sends it as uncompressed audio. Depending on the player you have, you will either have the option to change the audio output to PCM for all sound formats or specifically for DTS only. Our test Panasonic Ultra HD Blu-ray player, for example, lets you change the sound output for DTS audio to PCM, leaving Dolby Digital as Bitstream.

Bitstream is the best option where possible, as this is the compressed version of the audio, which can carry additional metadata required for Dolby Atmos to work.

PCM sounds like a good workaround but it has some limitations. Currently, the Sonos Beam only supports stereo PCM, so you’ll get sound but you can’t get surround sound. The Sonos Arc has just been updated to support multi-channel LPCM, which lets you send the full uncompressed audio to the soundbar, but there’s a catch: multi-channel LPCM only works over eARC.

If you’ve got a newer TV, then you’ll be in luck, as you’ll be able to get full surround sound; if you’ve got a TV that supports HDMI ARC only, then you’re out of luck. Well, not quite. Buy the HDFury Arcana and this little box bypasses your TV. This box has an HDMI input (you can use it with an HDMI switch for multiple devices), and then two outputs: one runs video to your TV and one runs eARC to the Sonos Arc. Using this box, I sent 7.1 PCM audio from my Ultra HD Blu-ray player directly to the ARC, finally getting surround-sound on the discs that I own that have DTS-only soundtracks.

However, I found the system a little flaky. At first, I could only get stereo PCM sound. As I was running my devices through a Philips Hue Play HDMI Sync box, I had to change input away from the Blu-ray player, then back to the Blu-ray player, which kickstarted the 7.1 surround sound. My guess is that there’s an HDMI handshake problem somewhere.

Related: How to use the Sonos Arc on a TV without eARC (and get Dolby Atmos) 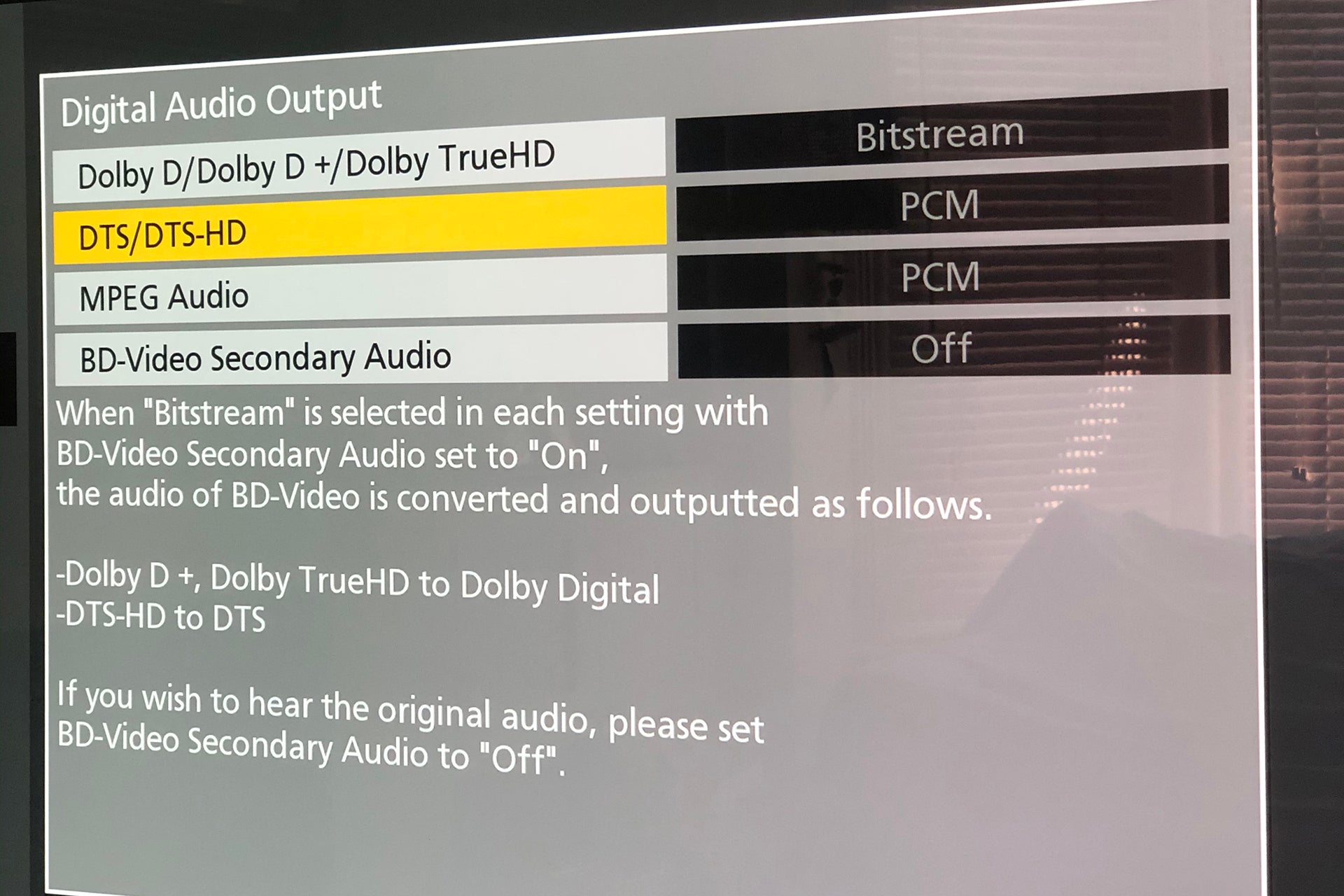 How to check what audio you are getting

The problem with changing audio settings is that you can end up disabling higher-quality sound formats. Fortunately, Sonos gives you some ways to check. First, if you are playing Dolby Atmos content, the Sonos app will show you that the Sonos Arc is receiving this sound format.

For other formats, you need to go to Settings > About my System. Here, Sonos will tell you the format that your soundbar is receiving and how many channels of sound it’s getting. If you see that you’re only getting stereo sound and should be getting 5.1 or more Dolby Digital, then you need to check your player settings and make sure that the sound format output is set to Bitstream. 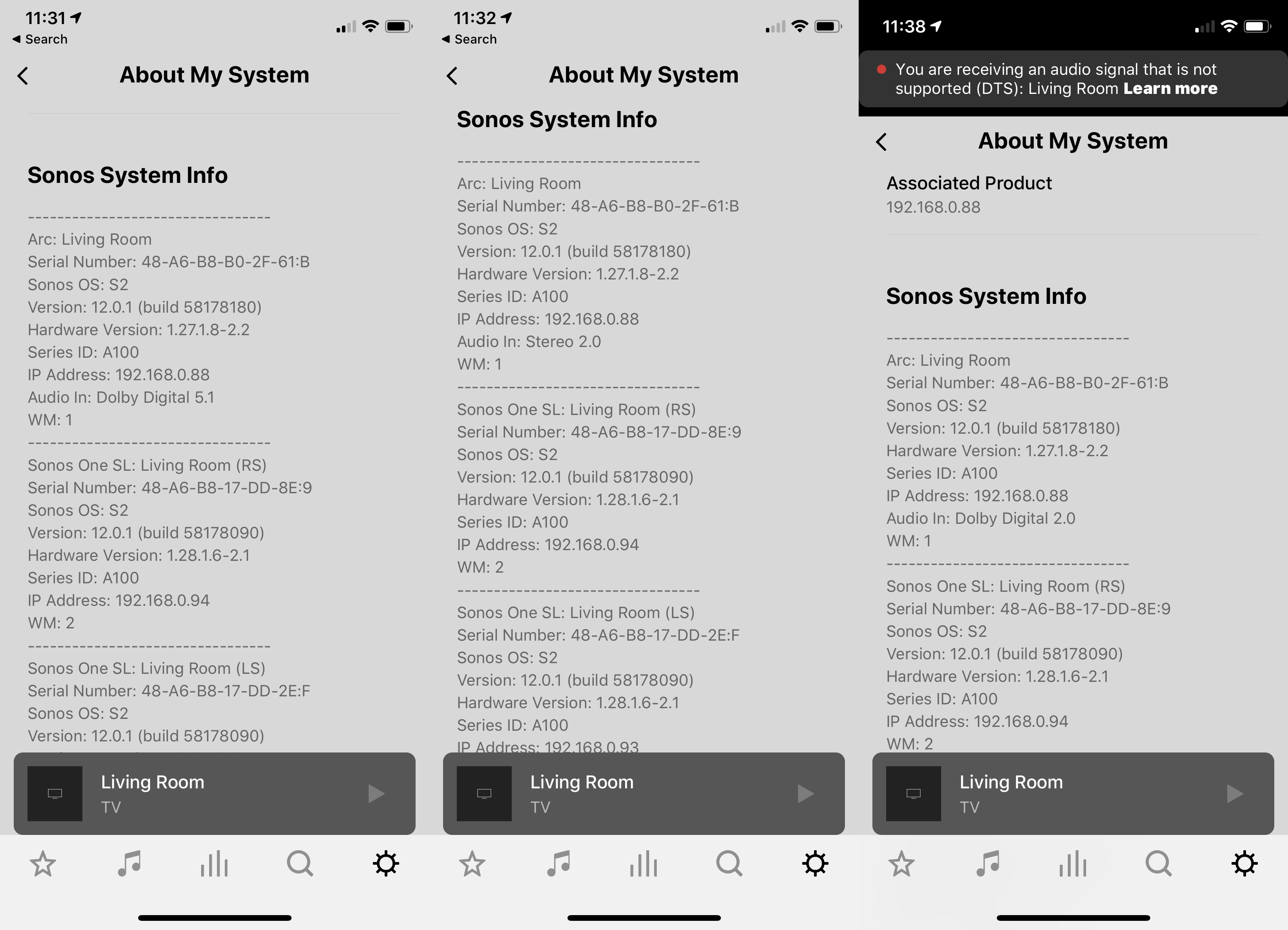 Once you get LPCM working, then checking the same settings should show that you’re getting this audio format in. If you’re not, check your player’s settings, and try switching inputs to and from your player to see if this fixes the issue. 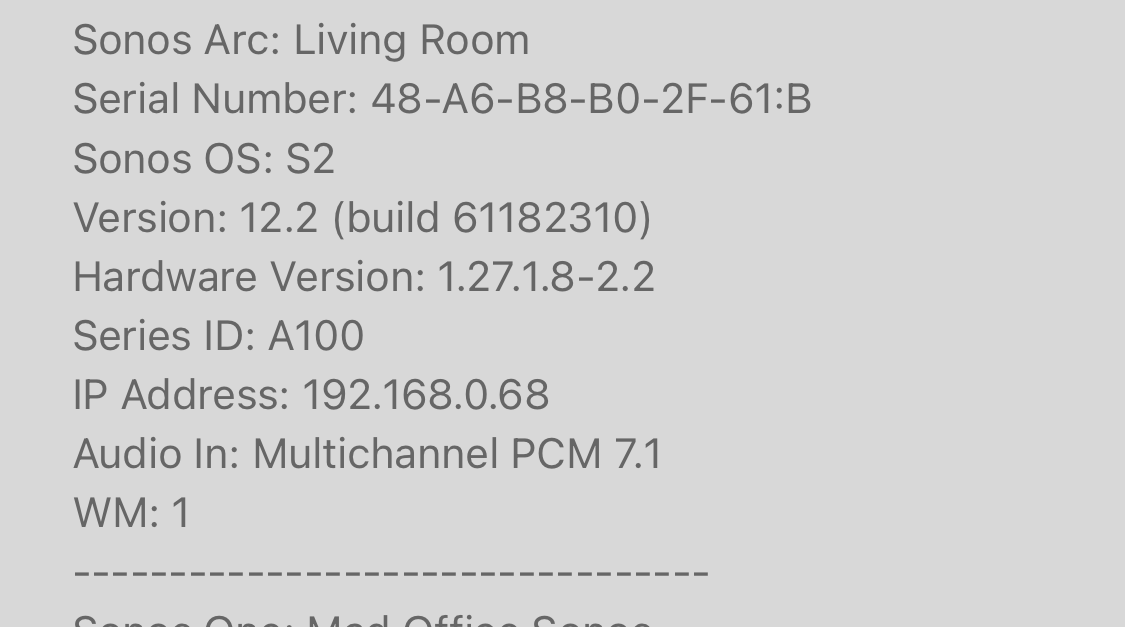 There’s no perfect solution to the problem, and those with a Sonos Beam are going to be largely stuck with stereo sound; fortunately for Sonos Arc owners, there is at least an option to get surround sound from DTS discs.