Snapchat Spectacles 2: Everything you need to know

Snapchat released its second wearable device − the Snapchat Spectacles 2 − earlier this summer, and it has now expanded the line with the unveiling of two new styles: Nico and Veronica.

The firm only sold around 150,000 units of the first generation of Spectacles, making a $40 million loss in the process, and it will be hoping that upgraded specs and the addition of waterproofing will help it shift a lot more Snapchat Spectacles 2 units.

The Snapchat Spectacles 2 are water-resistant, so you can happily Snap away in the pool or sea, though Snapchat recommends you stick to the shallows.

Spectacles 2 are also available in a different range of colours to the original Spectacles. It’s out with black, coral and teal, and in with onyx (black), ruby (red), and sapphire (blue). You can also choose between Midnight (dark) and Twilight (light) lens shades.

Snapchat’s second-gen specs are slightly slimmer too, which helps the frame-mounted electronics stand out less. The blinking lights that indicate you’re recording give the game away though.

The charging case they’re sold alongside hold enough power for four full charges. It’s also got the splash-proof treatment and lost a bit of bulk, which should make it easier for users to squeeze them into a bag and carry them around.

Once again, Snaps are captured in a circular format, but this time Snapchat has upped image quality, to 1216 x 1216 for videos and 1642 x 1642 for pictures. There are dual microphones on board now too, and the company says it has improved transfer speeds from an average of nine seconds per video to below three seconds per video.

Spectacles 2 can also hold up to 150 videos or 3000 photos at a time, which you can transfer to your phone through the Snapchat app.

Snapchat says that later this autumn, it will roll out a new feature designed to automatically add any Snaps that have been captured on your Specs to a Highlight Story. 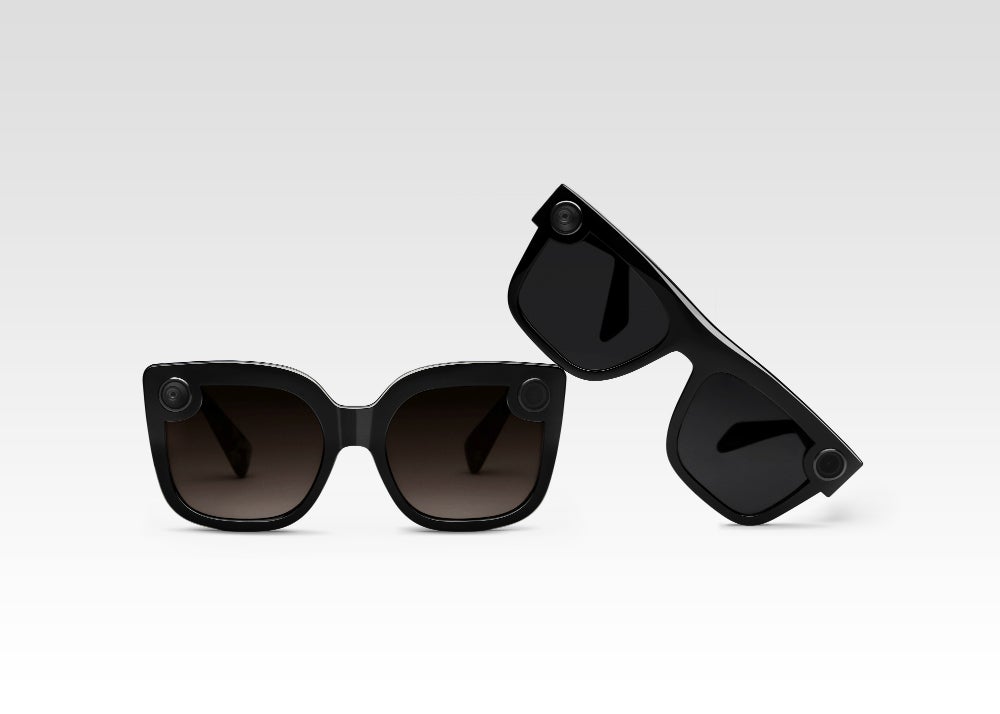 In terms of features and functionality, the Nico and Veronica models are exactly the same as the standard Snapchat Spectacles 2. However, they’re only available in black, and the frame shapes are very different.

The Veronica model features a butterfly frame, while the Nico model is much more angular, and in truth looks a little like those 3D glasses they hand out at the cinema.

Furthermore, the Nico and Veronica models both feature polarised lenses, which means they should provide more protection from glare, and they come with a new, “semi-soft” protective case the the firm says is “optimised for portability”.

“Lenses for Spectacles 2 (Nico, Veronica) are tinted and polarized to provide 100% UVA/UVB protection. They also come in a standard Category 3, meaning that they provide a high level of sun glare reduction, as well,” Snapchat says. 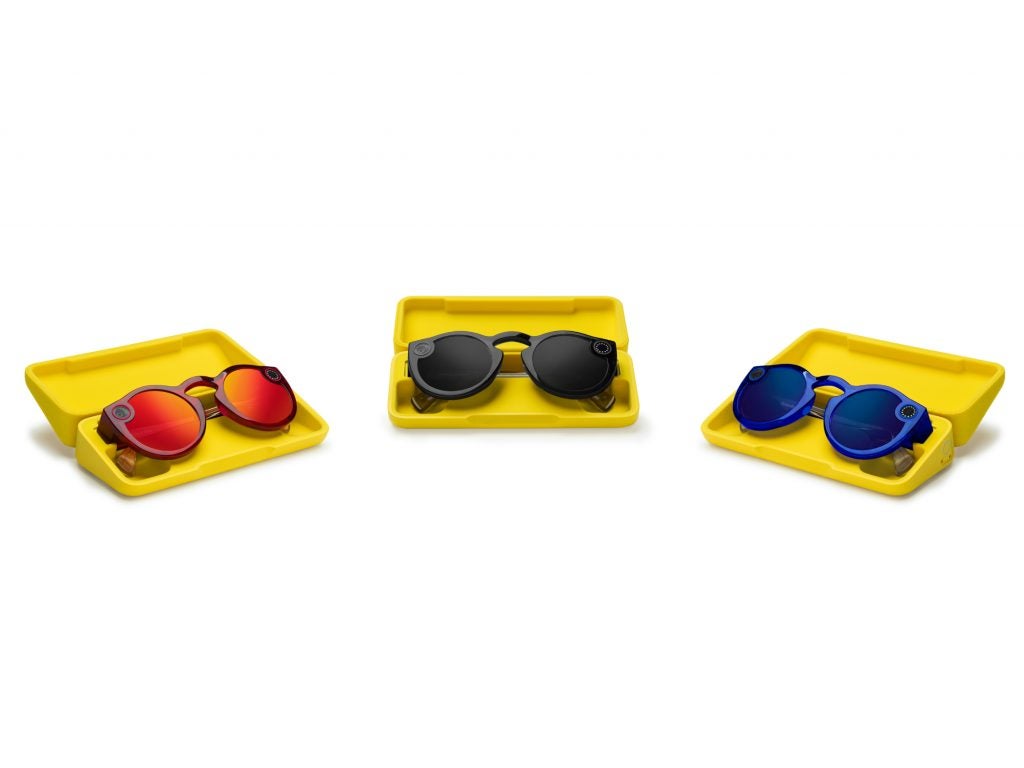 Snapchat Spectacles 2 cost £149.99, a £20 increase on the originals, and they’re available to purchase here.

Nico and Veronica, meanwhile, are available for £199.99. You can order the Nico pair here, and the Veronica pair here. But if you’d rather wait a little while in order to try them out in person, you’ll be able to pick them up from Harrods and Selfridges later this year.

Not sure which pair of Snapchat Spectacles is right for you? This table might help.

Are you tempted by the new version of Spectacles? Let us know over on Facebook or Twitter @TrustedReviews.