Skybound Games’ last six months have been entirely dominated by The Walking Dead.

The games studio swept in soon after the news of Telltale Games’ closure, and when we spoke to Skybound Games for an exclusive interview, they were in the middle of a whirlwind of activity, trying to ship the Walking Dead games and keep fans amused.

“I think we realised they were having some challenges,” said Ian Howe, Skybound Games’ CEO. “But when the news came through about Telltale, it was a shock to everybody. I don’t think there was any indication that things were as desperate as they turned out to be.”

Skybound Games got the news of Telltale’s closure at the same time as everyone else. “Skybound was really in its infancy as a fledgling publisher, and it still is, to a large degree. We were in our early days, gearing up for our first launches. But as soon as the news came through, we made an immediate plan of action because we wanted to know what we could do to help potentially rescue this series.” 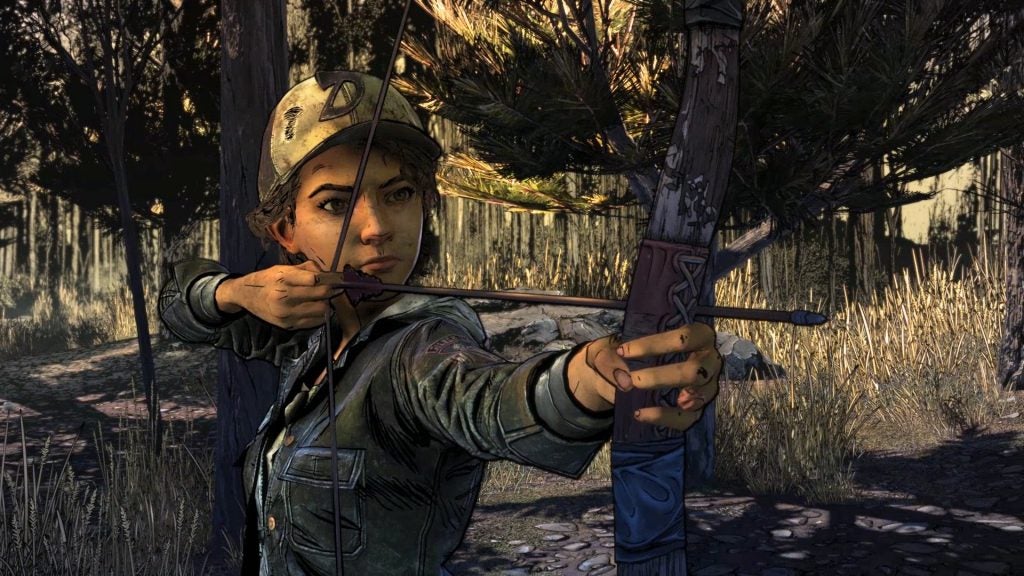 This started with Howe flying from LA, where Skybound is based, to the Bay Area of San Francisco to talk with the remnants of Telltale. This was the day after the news broke, and was the first of many trips as they tried to work out a way for Skybound Games to pick up Telltale’s The Walking Dead series, which was currently midway through the game’s fifth season.

The shock news of Telltale’s closure had come midway through the final season, and fans were worried that the story started in the 2012 release of The Walking Dead’s first ever episode, which starts in the opening moments of the zombie apocalypse with survivor Lee Everett rescuing young survivor Clementine, would ever get a satisfactory conclusion.

Conversation centred around the possibility of Skybound Games coming in and taking over the game. “To the credit of the management team of Telltale at the time it was a deal that was done very, very quickly,” said Howe. “The team had an absolute desire to see the game get made, and when they realised that we planned to bring back to the original members of the team to finish it, there was a desire from everyone to get a deal made as soon as possible.”

“It was a very quick process and a very quick deal as we tried to make this all happen.” Howe added. From here, it was mostly logistics. Howe admits it was a lot of legal work, a lot of re-establishing the parts of Telltale’s game development pipeline. 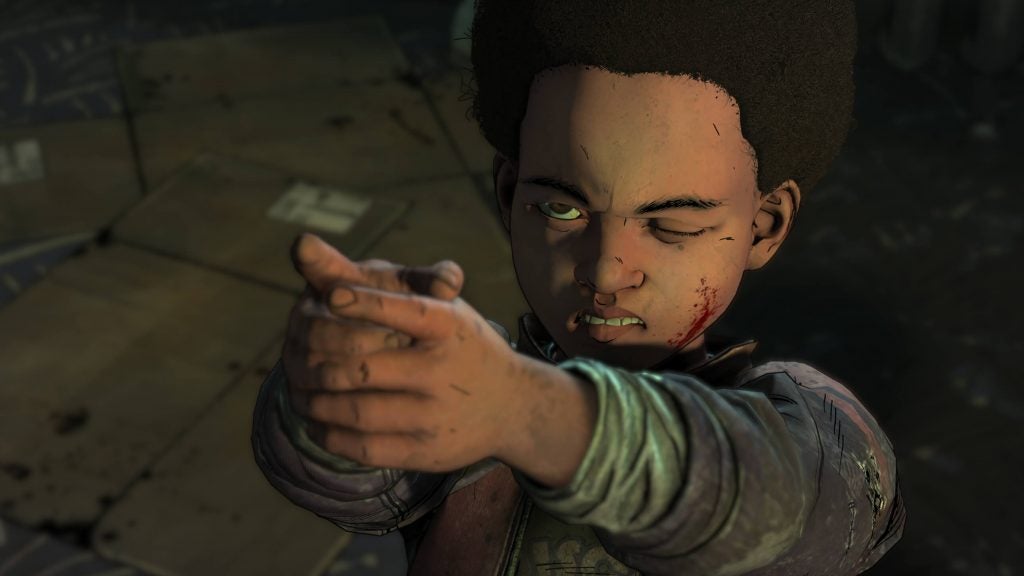 One of these deals was with the landlord of the original Telltale building, which let the team return to the old workspace, developing the final episodes of The Walking Dead’s Final Season in the same space that they had previously been working. Is this a little odd? Perhaps. But Howe said the team were “very comfortable, and very happy” to go back into that space.

This plunged the team into a heavy six months, “utterly dominated” by the effort of trying to rescue and close out the Walking Dead series, and Clementine’s arc within that.

“We’d come so far with Clementine’s journey,” said Howe. “We certainly didn’t want to leave it in a position of limbo, hanging there. We wanted to finish the story, but at the same time there was a real world issue where people’s jobs were at risk and there was an opportunity to save these jobs. So, we went in with that as the main focus, and over time we started thinking ‘wow, there’s a big expectation here, and a responsibility to make sure the story is told properly.'”

Howe said that episode four hadn’t been finalised when it all happened, as it was going through narrative review. The narrative review here, meant that the writers at Telltale Games would submit their storylines and other information to Skybound’s editorial team for review. This would go back and forth a few times until both teams were happy. This process was unchanged despite the brief break and the difficulties Telltale was facing. “I can tell you for certain, I didn’t get involved in that process in terms of having an influence about how that story should evolve. So it was done very much from a writing perspective rather than from a commercial perspective. That was important to me.

“I think we’re seeing exactly the same story that would’ve been told. I don’t believe there’s any difference to how it would’ve ended up panning out either way.”

Howe reckons 90% of the original team returned to the game in some way, shape or form on the path to finishing the game.  “Some have been involved since the day we got we started and others have come on as contractors, or for short term contracts. But it was great to see the very vast majority of the team just wanted to come back and finish what they’d started.” 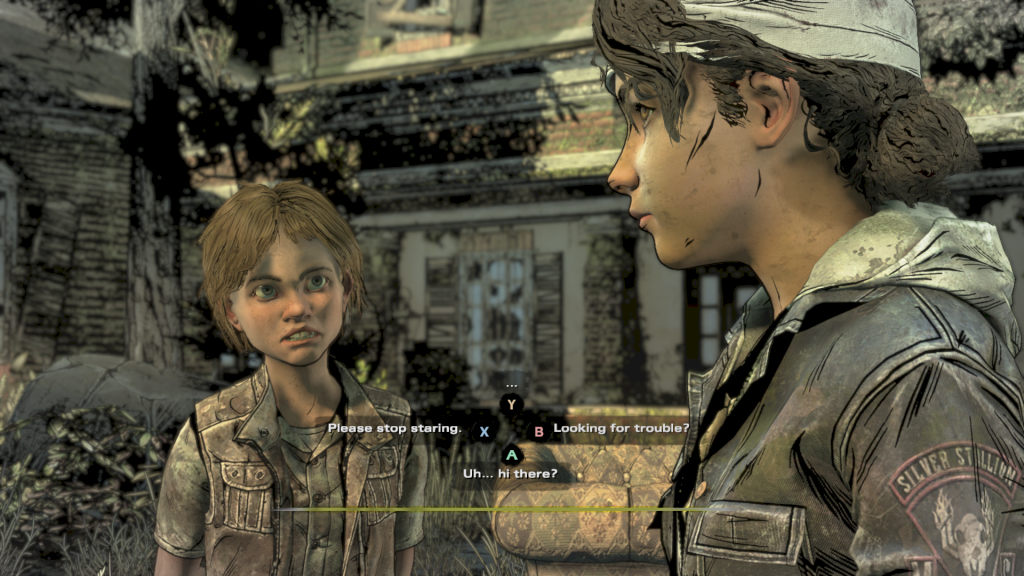 Skybound has had a role in The Walking Dead’s narrative arc for a while, and Howe says that the editorial team internally at Skybound has always been involved in the narrative process, with oversight of the story arcs

“We ended up bringing back the writing team that was working on the game,” said Howe. “Plus we had the same editorial team here (at Skybound Games) were the ones reviewing the arcs, so actually nothing really changed editorially, as all the same people were involved.”

If this all sounds like business as usual, outside of the heartbreaking loss of several people’s livelihoods, that’s the aim. Howe, who spent a decade as the President of 505 Games before his role with Skybound, explains that when you stop the process of development on a video game, spinning that engine back up again is “nigh on impossible”

“The first thing we said to ourselves is that we didn’t really feel this was something that could be finished elsewhere, not to anybody’s satisfaction. That wouldn’t have been a great scenario, if it’d been made by a different team.”

As we talk to Howe, in the middle of February, he says it’s mission accomplished. “We realise there is a lot of expectation around, so hopefully people like what we’re doing, but you can’t please all of the people all of the time. We’re happy with where Clementine’s story comes to an end, and we hope people will get a lot out of the final episode. 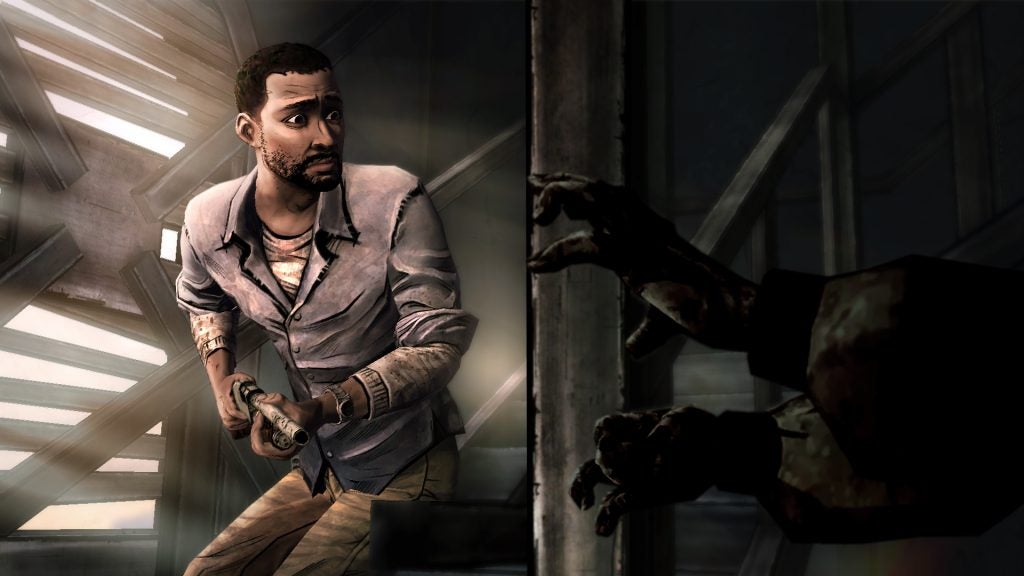 The embargo for reviews on this has come down today.

We’ll never know, truly, what the series would have been like if Telltale had survived a little longer, if they hadn’t have had the problems behind the scenes that led to its public implosion. We don’t know whether it would have been better or worse, but for now, the Walking Dead story is over.

“2019 was always kind of planned to be a relatively quiet year for us. We had a few games on the horizon, a few things we’ve got to announce. We’ve got some interesting stuff coming out this year.” Howe laughed. “It was always planned to be a quiet year for us. We’ve got some announcements on that in the next few days. Generally, Skybound wants to focus on bringing classic games back to physical retail, but this put us front and centre, sooner than we expected.”

Played The Walking Dead games throughout the years? What do you make of the finale? Let us know on Twitter at @TrustedReviews