Android 10 has now launched, and there’s a whole treasure trove of new features to get excited about – but we think we’ve found a hidden gem. Meet Settings Panels.

Okay, it doesn’t sound particularly exciting, but here’s why I think it has so much potential. 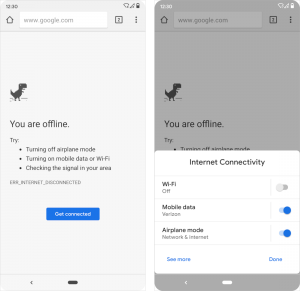 What are Settings Panels?

Settings Panels allow app developers to include contextual settings prompts within their apps. So far, there are set to be four options: Internet Connectivity, Wi-Fi, NFC, and Volume.

The contextual nature of Settings Panels will enable developers to generate the panels at specific points.

For example, if a web browser declares that you are offline, the Wi-Fi panel may spring up to allow you to find a network. Or, if an app begins playing a video but your audio is turned down, the Volume panel may appear to let you easily crank it up.

The main appeal of Settings Panels is convenience. Some scenarios may have previously required you to visit the Settings app to solve Wi-Fi, Volume or NFC problems (admittedly some could be fixed via the notification drop-down – but not all).

Settings Panels are a huge time-saver in this iteration and they could lead to so much more. 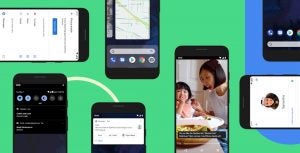 The potential of Settings Panels

The three use cases of Settings Panels thus far (Internet Connectivity, Wi-Fi, NFC and Volume) are already a great time-saver.

The most interesting aspect of these panels – though – is how they could improve. The improvements could take on two forms. First, there’s adding more Settings Panels that act in the same way as the current options.

Think about being in an audio app and the panel popping up to provide fast access to Bluetooth settings, or browsing a wallpaper app and a personalisation panel appearing.

The additional use cases likely go beyond these two. In fact, the opportunities seem endless – if it is used correctly.

The next step could be for Google to use its extensive AI technology to build on the kinds of contextual information that apps could act upon – but also to make sure the Settings Panels don’t appear too often.

If you don’t usually use Bluetooth in an audio app then you wouldn’t want that particular Settings Panel to appear at that moment. However, if you almost exclusively use the audio app with a Bluetooth device, then it would be great for Android 10 to recognise that yes, you do probably want to see the panel every time you open the app.

Related: How to install Android 10

This enhanced use of contextual information to aid Settings Panels is where the new feature could extend beyond the basic functions discussed thus far.

Could it be possible for Google to create an Airplane Mode Settings Panel that opens if you are using a digital boarding pass? But – to prevent this opening at the wrong time – could Google use location-tracking or its knowledge of your calendar to determine if you would want it to appear?

The above use case is just a random scenario but developers could obviously explore a great many ways to utilise this new functionality and create added convenience. However – as with a lot of contextually-reliant functionality – improved Settings Panels would likely require plenty of tracking.