The Samsung TU8500 and the TU7100 are two affordable 4K TVs from the South Korean’s Crystal UHD display range. Which is the best choice for you?

We’ve broken these two smart TVs down to examine their similarities and what sets the two displays apart.

We’ve tested the 50-inch TU8500 ourselves and deemed it a great entry-level option for anyone looking to upgrade to 4K. We haven’t had a chance to try out the TU7100 just yet, so we’ll be comparing the two based primarily on the specs and features each has to offer.

Both the TU8500 and the TU7100 come in a variety of sizes at different prices. For the sake of this comparison, we’ve focused on the middle of the road 55-inch models.

Bag a bargain with this great entry level for 4K TV, now only £664.05 with the PRODUCT5 on ebay 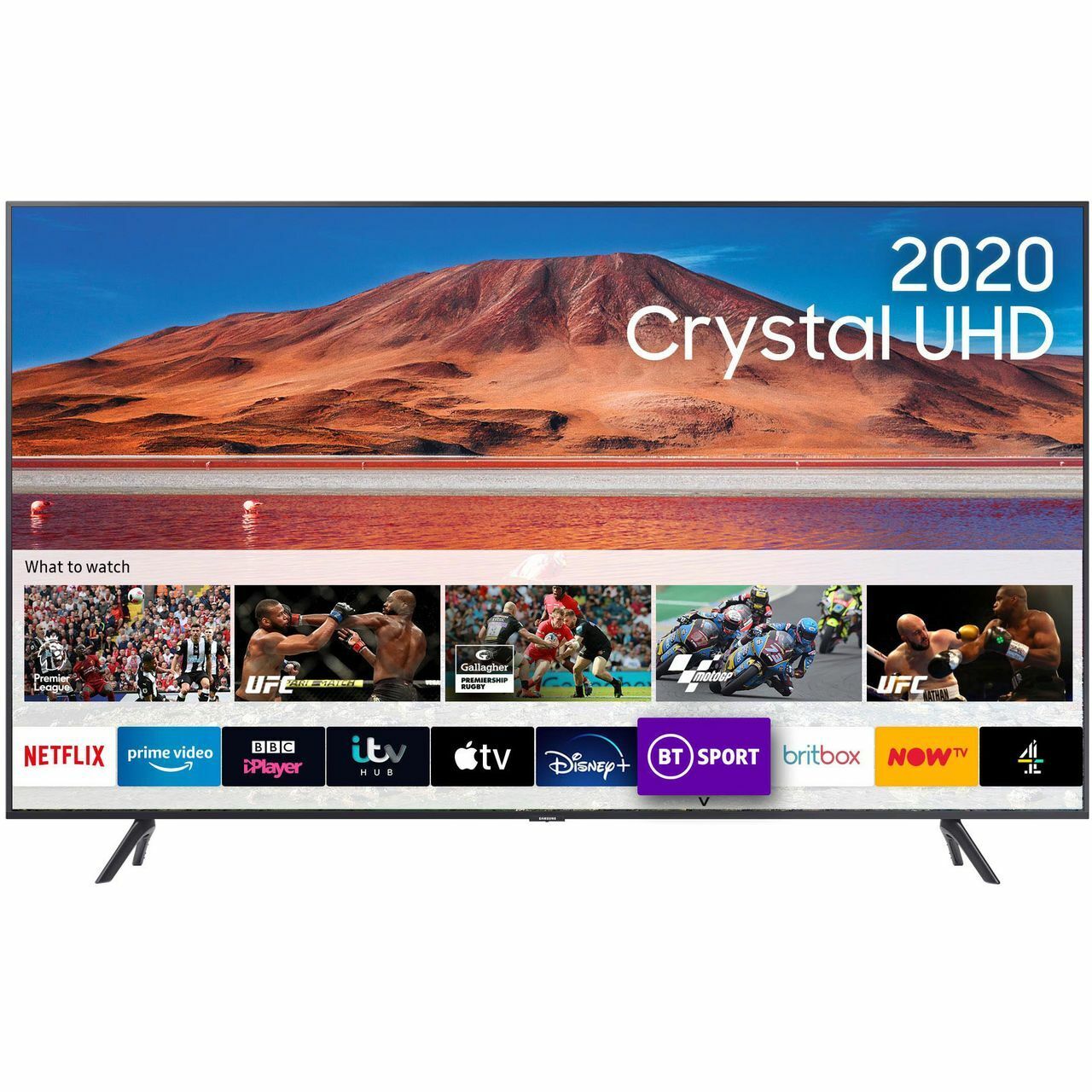 The V-shaped stand on the TU8500 is slightly taller and has 90mm more depth than the feet on the TU7100, making it better suited to large surfaces. It’s also 5.2kg heavier. If the surface you’re looking to place the TV is slim, you might be better off opting for the TU7100.

The TU8500 is slightly better equipped when it comes to connectivity, boasting three HDMI ports (one eARC), two USB, an Ethernet port and a CI slot. The TV also features Wi-Fi and Bluetooth built-in. The TU7100 features all the same connections with one less HDMI and USB port.

The TU8500 gets the win here. While it’s heavier and the stand sticks out further, more connections offer more choice, especially important if you’re looking to hook up more devices.

As is common with Samsung TVs, there’s support for HDR10+ that allows for brighter and darker images depending on the scene. Both smart TVs have the Tizen operating system, so users can access Netflix, Disney Plus, Apple TV, BT Sport and more. Both feature integration with Bixby, Alexa, Google Assistant (the latter coming in an update), and are SmartThings compatible, so the TVs can be controlled without need for a conventional remote.

The TU8500 is packed with even more features with the Ambient Mode turns the display into a decorative piece of art when not in use, and Multi View allows you to split the screen and view two sources at the same time. Neither have support for 4K/120Hz, so if you’re looking for a TV for the next-gen consoles, these aren’t it.

The TU8500 comes out on top in this round with its better feature set.

Both the TU8500 and the TU7100 are part of Samsung’s more affordable Crystal UHD 4K range. The Dynamic Crystal display takes advantage of two panels instead of a traditional LED’s single backlight, offering what Samsung claims is 64 times more colour shades than an average UHD TV is capable of.

Both are powered by Samsung’s Crystal Processor 4K and while we’ve not tested the TU7100, the TU8500’s picture quality was good, better than many similarly-priced LED displays.

We’d imagine the TU7100 to have a similar picture performance, but what it doesn’t have that the TU8500 does is Dual LED technology. This bumps the contrast up, balancing colours for a performance that’s truer to life. From what we deduced from the 50-inch model, UHD picture quality was sharp with suitably accurate colours and decent contrast.

As far as picture quality here, despite note testing the TU7100, we’d surmise that the inclusion of the Dual LED technology would give it the edge in terms of contrast.

Bag a bargain with this great entry level for 4K TV, now only £664.05 with the PRODUCT5 on ebay

In terms of specs, it’s a tight contest between these two Samsung TVs. Both offer and a good list of features for an affordable price.

If you’re willing to part with the extra £200, the TU8500 is your best bet. The TV has a bigger selection of connections and includes Samsung’s Dual LED technology for better contrast.

If you’re on a budget, the TU7100 is still a great choice with some perks of its own. The stand is slimmer and more discreet than that on the TU8500 and the TV is available in a wider range of sizes.