At the time, we only had the model number ‘SM-R600’ to go by, and details were very sparse indeed, with some speculating the device would be a more colourful, budget-friendly wearable than the Fit Pro.

And while it was expected Sammy would unveil the wearable at its Tizen Developer Conference on May 16, no such announcement was made.

Now, however, it seems a device with the same model number has received Bluetooth certification from the Bluetooth Special Interest Group – suggesting the device is still set for release.

Both the Gear Fit Pro and the Gear POP are thought to come with Samsung’s Tizen OS pre-installed, with the latter thought to be more of a fitness tracker than a smartwatch. 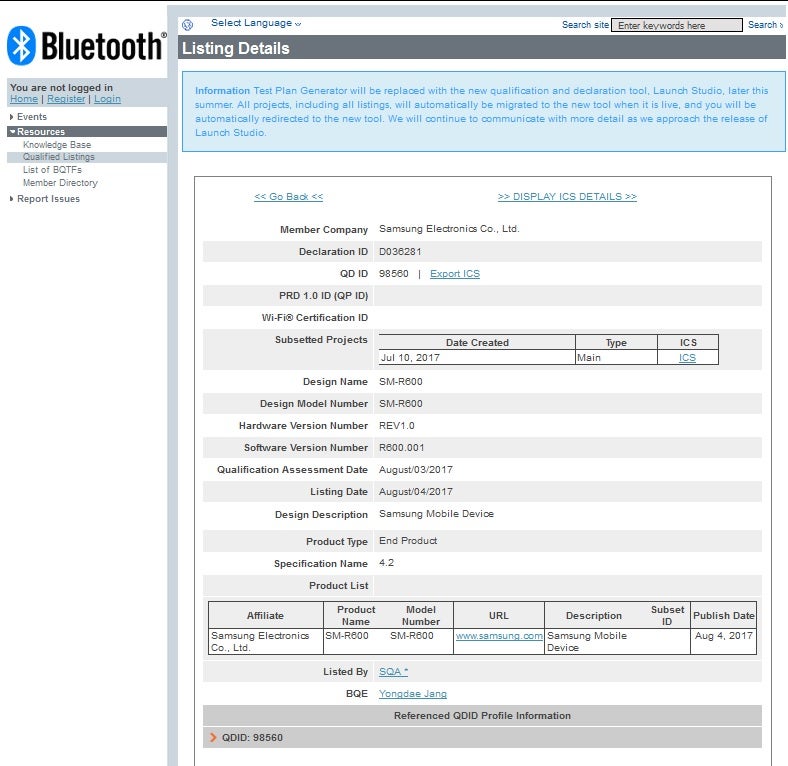 Unfortunately, the Bluetooth SIG listing doesn’t give any further details away, but the fact the wearable has received certification means it’s much closer to arriving in an official form.

Samsung has been rumoured to be working on a ‘fitness smartwatch’ for some time, and the POP, if that’s what it ends up being called, could very well be that device.

At this point, it’s all very unclear, with little to no details about the SM-R600 available. But stay tuned for a launch in the near future.

What do you make of it all? Tweet us @trustedreviews.