Samsung Galaxy S8 vs Galaxy S7: Samsung has lifted the lid on the long-awaited Galaxy S8 – and we’re very impressed. But what makes the Galaxy S8 different from the Galaxy S7 when it comes to design, specs and price? Here’s a complete guide.

Last year’s Samsung Galaxy S7 was a truly wondrous phone, bagging itself a perfect 5/5 score from TrustedReviews. We even gave it our Phone of the Year award for 2016, so enamoured were we with its design, performance and value for money.

But with the blip of the fiery Galaxy Note 7, and tough competition from the iPhone 7, Samsung has had to return to the drawing board to create something truly special in the Samsung Galaxy S8. We haven’t finished our full review of the phone just yet, but so far we’re impressed.

If you’re thinking about upgrading to Samsung’s latest flagship (due out April 28), here are the key differences between the Galaxy S8 and S7, and the Galaxy S8+ and S7 Edge.

If you can’t be bothered to read the full article, we’ve included a short summary of what you need to know at the bottom of this page.

The Samsung Galaxy S7 received top marks from us last year, and for the most part that perfect score was down to the slick and refined design.

What’s most impressive is that Samsung has actually improved on the phone’s design with the Galaxy S8. Thanks to the introduction of what the company refers to as an ‘Infinity Display’, where screen occupies almost all the space on the front of the phone, resulting in an incredibly thin bezel.

By moving the fingerprint sensor to the back of the phone, Samsung has been able to fit much more display into a body that’s only marginally larger than the Galaxy S7. For instance, the Samsung Galaxy S7 dimensions are as follows: 142.4 x 69.6 x 7.9mm, with a 5.1-inch screen. But the Galaxy S8, with a whopping 5.8-inch display, is only slightly bigger at 148.9 x 68.1 x 8.0mm.

The Galaxy S8 is seriously gorgeous, and looks very different from Samsung Galaxy flagship smartphones we’ve seen before. It’s a huge step up from the Galaxy S7 – and from the ill-fated Note 7, which we thought was a great phone (until it blew up). It’s also worth noting that both the Galaxy S8 and S8+ feature Samsung’s curved ‘Edge’-style display, which is why there’s no separate phone with ‘Edge’ branding.

The Galaxy S8 and Galaxy S8+ are heavier than their predecessors, weighing in at 155g and 175g respectively. That’s in contrast to the Galaxy S7 and S7 Edge, which weighed 152g and 157g respectively. These weight increases are negligible, although anyone used to owning a small, light handset (such as the 4-inch iPhone SE) might struggle to get to grips with the Galaxy S8+.

The only other point worth noting is that the Samsung Galaxy S8 is available in the UK in black, blue, and silver colour options, although we’d be surprised if more colours weren’t added over time.

“While the backs are similar, it’s all-change around the front for the S8 – and boy is this a gorgeous phone. The sloping sides, a screen that stretches almost to each corner of the phone, plus subtle colour choices combine to make this the best-looking phone I’ve seen. The S7 was simple, but the S8 takes it to a whole different level 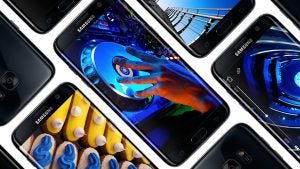 Samsung Galaxy S8 vs Galaxy S7 Specs – How much more powerful is the Galaxy S8?

Although the Galaxy S8 and Galaxy S8+ aren’t significantly larger than their predecessors, they both feature a much larger display. The Galaxy S8 uses a 5.8-inch Super AMOLED panel, while the Galaxy S8+ rocks an even bigger 6.2-inch screen.

What’s quirky about the displays is that they use a new, wider 18.5:9 aspect ratio, which means they have a slightly odd QHD+ screen resolution of 2960 x 1440 pixels. That’s higher than the 2560 x 1440 pixel display on the Galaxy S7 – but the result of the bigger panel is a lower pixel density – check out the table below for specifics.

The good news is that Samsung has also significantly upgraded the Galaxy S8’s processor. The Galaxy S7 used either a Samsung-built Exynos 8990 or Qualcomm’s Snapdragon 820, depending on your market. These chips were built on a 14nm process, but the processors in Samsung’s new phones are built on a much more efficient 10nm process.

Samsung is claiming that the new phone is 10% faster, thanks to the Qualcomm Snapdragon 835 or Exynos 8995 chip inside. Accompanying this is 4GB of RAM (unchanged) and 64GB of storage (up from 32GB). 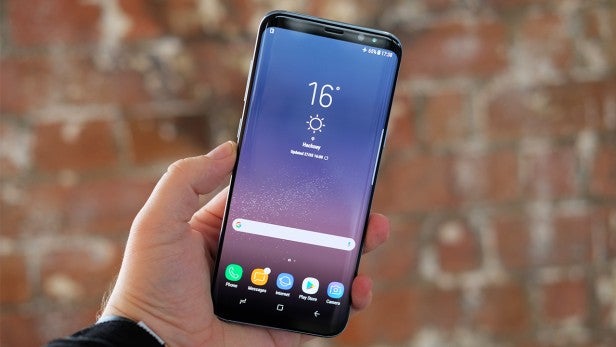 For photography, it’s largely the same camera setup as before. There’s a 12-megapixel DualPixel shooter on the back of the phone, with a wide f/1.7 aperture and optical image stabilisation (OIS) to boot. The front camera offers higher-resolution selfies than the Galaxy S7 (8-megapixels versus 5-megapixels), as well as a f/1.7 aperture and autofocus.

Perhaps the only notable camera change is the introduction of multi-frame image processing. This means that the Galaxy S8 takes three images when you hit the shutter button, and uses the trio of snaps to reduce blur and sharpen your shots.

Elsewhere, you still benefit from a waterproof body, wireless charging and an SD card slot. The micro-USB has been switched out for the more versatile USB Type-C port, which is a carry-over from the Note 7. We’ve also seen the addition of an iris scanner, which is another feature taken from the Note. 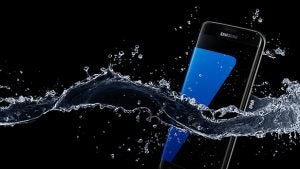 As far as battery life is concerned, it’s too soon to tell. The Galaxy S8 uses the same 3,000mAh cell as the Galaxy S7, while the Galaxy S8+’s 3,500mAh battery is slightly smaller than the 3,600mAh cell inside the Galaxy S7 Edge. But given that the screen resolution hasn’t changed significantly, and that Samsung has introduced a much more efficient processor, we’d be surprised if battery life wasn’t improved.

Samsung’s new phones run on Google’s latest Android 7.0 Nougat operating system, which is the same as the software we’ve seen on the Galaxy S7. However, there have been a few tweaks, the most notable of which is the addition of Samsung’s custom Bixby digital assistant – think Siri, but by Samsung.

Samsung has confirmed that the Galaxy S8 will start from £689, while the Galaxy S8+ will cost an even loftier £779. 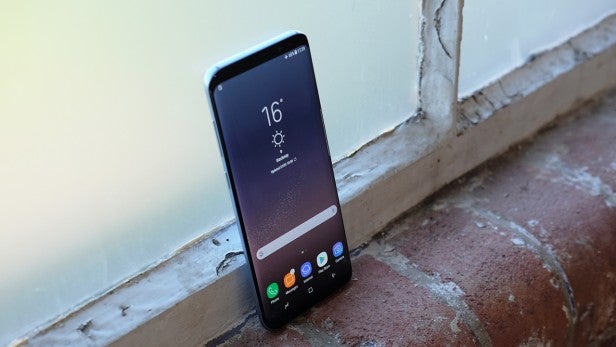 It’s important to remember that since last year, we’ve seen the value of the British pound plummet, which means many gadgets are selling for prices far higher than we’ve seen before. Apple’s iPhone 7 retailed at £70 more than its predecessor, and the LG G6 is expected to make a similar price jump over the LG G5.

Given the fact that the Galaxy S8 is introducing mainly cosmetic changes, with a few nice additional features over the Galaxy S7, it could be worth picking up last year’s Samsung flagship. If you’re in the market for a new phone, you can grab a Galaxy S7 for around £450, and that price is sure to fall once the Galaxy S8 drops in April. 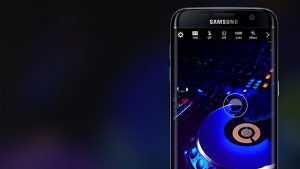 Here’s what you need to know about the Samsung Galaxy S8, and how it’s different from the Galaxy S7.

Design: With an all-screen front, the Galaxy S8 offers a marked (and seriously sexy) departure from the already stylish Galaxy S7. It’s slim, modern and suitably attractive for a top-end smartphone.

Specs: The Galaxy S8 ushers in an ‘Edge’-style QHD+ screen, a nippy 10nm processor, as well as bonus features such as an iris scanner, USB Type-C and a rear-mounted fingerprint sensor. We’ve also seen a bump up in storage to 64GB as standard.

Value: The Samsung Galaxy S8 costs over £200 more than a Galaxy S7 currently, so if you’re not concerned about the bleeding-edge specs, then the S7 may be the way to go.