Samsung’s press conference is always one of the biggest draws at the Consumer Electronics Show, and CES 2019 proved no exception, with the South Korean giant making a number of big announcements spanning several different product categories at this year’s show.

The most significant is Samsung’s new 98-inch − 98-inch! − version of the Samsung QE85Q900R 8K TV that it launched at IFA a few months ago. It’s the biggest of the lot, with the other models measuring 65 inches, 75 inches and 82 inches.

It’s HDMI 2.1 ready, and is likely to be an expensive beast, costing more than £15,000. Seriously, though, how many people have a living room that can fit a 98-inch TV? Preorders of “select models” open in the US today.

Samsung’s 2019 TVs will also support Apple AirPlay 2, Bixby, Alexa and Google Assistant, and will offer iTunes movies and TV shows − the first time that iTunes will be available outside of Apple hardware.

HS Kim, the president and CEO of Samsung’s consumer division, also revealed that a 5G smartphone will be coming in the first half of 2019. We don’t know if that will be a launch or a full-blown release, but it appears to be thinly veiled nod to the Samsung Galaxy S10. 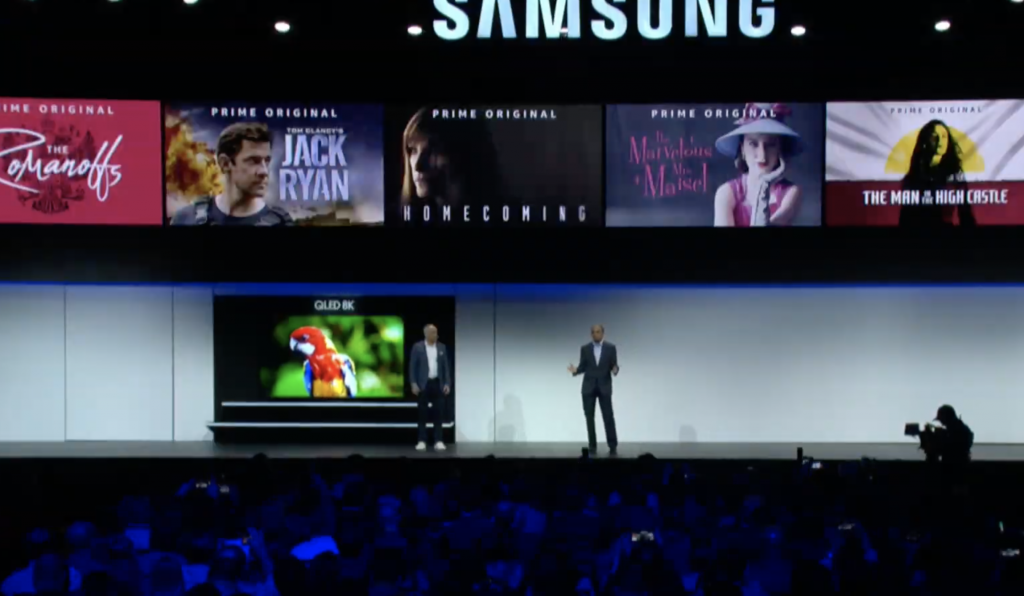 Family Hub has been treated to a makeover, too, sporting a refreshed UI, a Family Board screen that’s essentially a digital bulletin board, and the ability to… summon an Uber from fridge through Bixby. Samsung says Family Hub 2019 will come to “most” earlier Family Hub models via an automatic update.

Elsewhere at CES 2019, Samsung revealed a 219-inch successor to The Wall, a 75-inch 4K micro-LED TV, showing how micro-LED modules can be used to build displays that can fit any environment.

Micro-LED TV tech promises to combine the high-contrast benefits of self-emissive screens with the brightness and colour range of LED technology. Samsung’s modular demonstrations show that TVs of the future have the potential to do something different, allowing you to expand the size of your screen or experiment with different aspect ratios.

What are you hoping to hear from Samsung at CES 2019? Let us know on Twitter @TrustedReviews.