With its unusual look, specs that take the fight to the Samsung Galaxy S20 Ultra and seriously impressive battery tech, the Oppo Find X2 Pro could be a surprise Android champion in 2020.

It’s far from affordable – expect it to cost £1099 when it hits shelves in May – but you’re getting a lot of tech for your cash.

We’ve been using it over the weekend, so here are our first thoughts – let’s start with some of the things we’ve been impressed by so far.

1. The quality of the display is fantastic

Oppo is taking the fight to Samsung with the display on the Find X2 Pro. This is a QHD+ OLED panel (rumoured to be Samsung made) with a 120Hz refresh rate, HDR10+ support and a 240Hz sampling rate. Unlike the S20 series, you can have that fast refresh rate and QHD+ option enabled at the same time, giving a seriously smooth and sharp picture.

I really like the screen here – it packs a serious punch of colour, goes up to seriously high levels of brightness that make it a doddle to see even in direct sunlight and it’s so very responsive. Oppo has added in some hardware-based SDR to HDR upscaling too, in the form of its O1 Ultra Vision engine. This can be manually toggled on and off and adds that deeper, contrasty look to SDR sources and can even boot content to 60fps. As with any faux-HDR, it’s not perfect, and often I found it too bright and eye-searing to comfortably watch, but it does allow more content get the best from this panel. 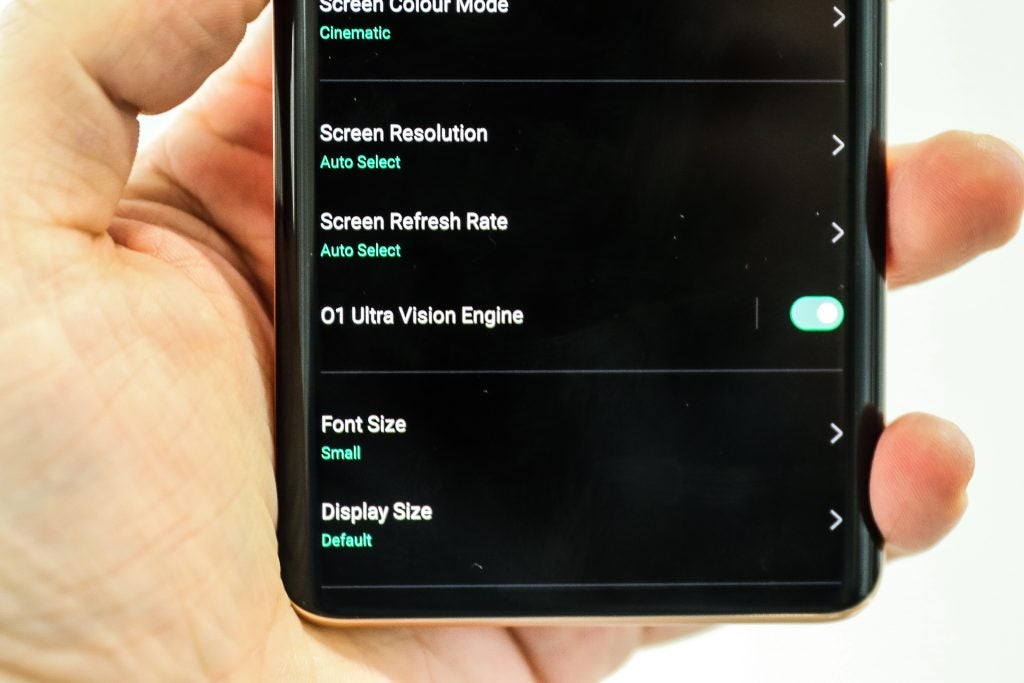 Bundled with the Oppo Find X2 Pro is a hulking 65w charger with Oppo’s Super VOOC tech. This is the same tech OnePlus licenses for its Fast Charge and it’s one of the best around, offering seriously impressive recharge speeds.

Plug a completely depleted Find X2 Pro into the large charging brick and, based on four test over a four day period, in 38-42 minute you’ll be at 100%. This is so handy – forget to charge your phone overnight? Plug it in while you have a morning shower and you’ll have enough juice after to probably get you all the way to 6pm.

This does only work with the supplied charger though, charging it up with a traditional 25w PD charger was still quick at just over an hour.

In terms of actual battery life, I’m going to need more time to properly judge, however really ramping the screen tech up does chomp away at your juice.

3. The leather might be fake, but it feels great

You can bag the Oppo Find X2 in a duo of finishes – vegan leather in bright orange and black ceramic. I’ve got my hands on the orange version, and while the faux leather lacks that high-end feel and smell of the real stuff, it feels good to hold.

Unlike a glass or even metal phone, the finish here is soft, grippy and almost warming. There are no pesky fingerprints getting in the way either – another bonus.

However, I’m less enamoured with the slightly too ‘blingy’ rose gold rim and the obnoxious Oppo branding. 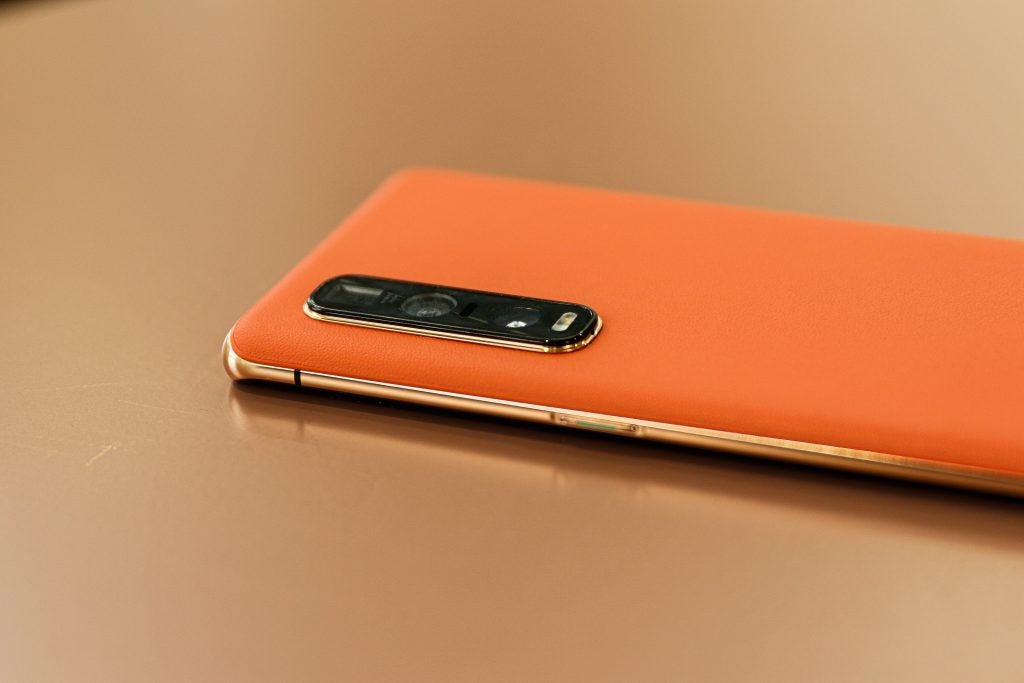 My time with the cameras here has so far been limited, and we’ll bring you a far more in-depth look at the optics during our full review. However, from the few snaps I have taken so far I have been impressed. Zooming up to 10x with the periscope lens rewards you with sharp shots and the colours are surprisingly accurate – far more true-to-life than the S20.

I do wish you could instantly open the camera by double-tapping the lock key and 8K video recording feels like a missing feature, but everything else seems like it could be a winner.

…And then there are the things we’re not sold on

1. Oppo’s software certainly has its quirks

Software on Android phones has come a long way. Even Samsung, who historically had some awful skins, has bucked the trend recently.

Oppo’s ColorOS 7.1 has plenty going for it, and it’s far less all-consuming than previous versions, but there are still a lot of little bits I don’t like. The gesture navigation is unreliable, you can’t swipe notifications on the lock screen away in both directions and the Smart Assistant panel (which sits where the Google Assistant page would normally be found) is largely wasted space. 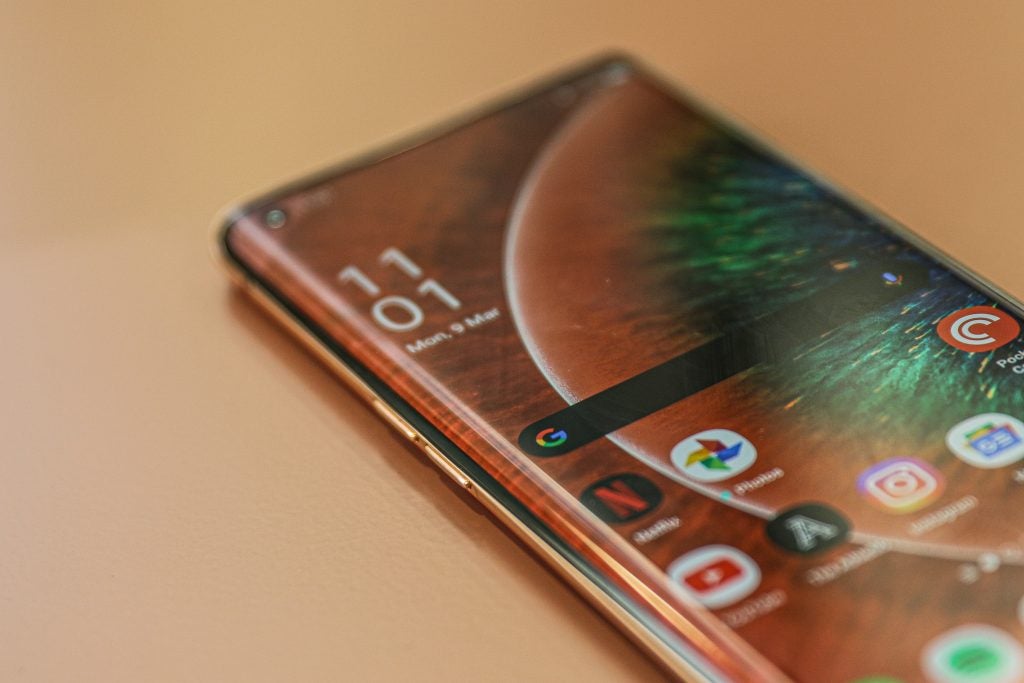 2. Can we just stop with phones with curved screens?

My biggest issue so far with the Find X2 Pro is the curved display, which can make holding this large device tricky. Those curves lead to so many mistouches and accidental swipes that I almost have to clutch the phone with two hands at all timea. It also adds unnecessary reflections when you’re watching videos. Flat screens are the way forward, everyone!