In the market for a new OnePlus phone, but not sure if you should go for its spiffy new OnePlus 7T or the still pretty recent OnePlus 7?

You’re not the only one. From a distance both phones look pretty similar and with the original OnePlus still less than six months old, how many serious changes could the company have made to the new 7T? As it turns out, quite a few. Scroll down to find out how the OnePlus 7T and OnePlus 7 compare.

Visually, there’s not a lot of difference between the regular OnePlus 7 and OnePlus 7T. Both have similar mixed-metal and glass designs to the older OnePlus 6T. This may make them sound dull, but, for us here at Trusted, the design is still an awesome selling point for both phones.

Both come with an in-screen fingerprint scanner and cool slider control that lets you switch to silent, vibrate and noisy audio settings on the fly. The dual speakers and dew-drop front camera housing also make both phones great for Netflix.

The only real issue I have with both phones’ design is that neither has an IP water-resistance rating, which means you’ll want to avoid getting them wet. 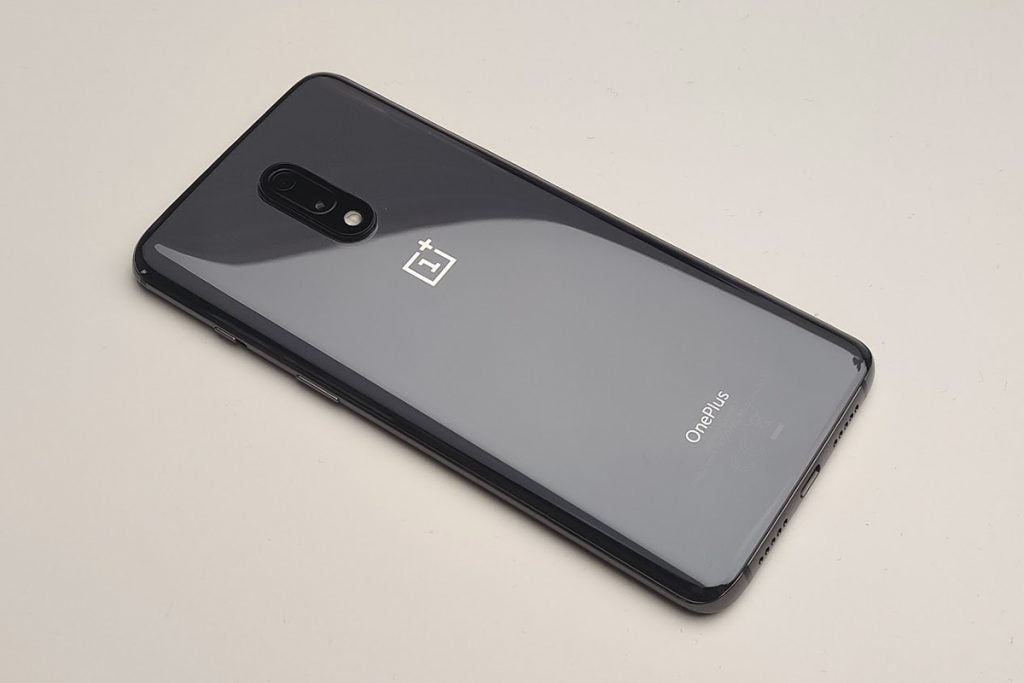 OnePlus 7T vs OnePlus 7 specs: The big changes are under the hood

The bigger differences between the two lie under the surface. The most significant is the fact the OnePlus 7T has a larger 6.55-inch, FHD+, Fluid AMOLED display.

Though it has the same FHD+ resolution as the OnePlus 7’s 6.41-inch AMOLED screen, the upgrade is a key change that brings a key feature of the OnePlus 7 Pro to the regular 7 series. It means the T-variant has a 90Hz refresh rate. To non-techies this means the 7T’s screen is significantly smoother to use and better for gaming than the regular OnePlus 7’s, which has a bog-standard 60Hz refresh rate.

The newer OnePlus 7T’s gaming chops are further boosted by the move to Qualcomm’s newer Snapdragon 855 Plus CPU. The 855 Plus is an improved version of the 855 chip used in the OnePlus 7 that aims to improve gaming performance.

The final notable change is the migration to OnePlus’s new 30T Fast Charge tech. OnePlus claims the new tech will let the 7T go from 0% to 70% charge after 30 minutes on the mains. This means, on paper, it’ll charge way faster than the OnePlus 7, which uses 30 Warp Charge tech.

You can see a full breakdown of the two phones’ specs in the table below.

OnePlus 7T vs OnePlus 7 price: How much more expensive is the new OnePlus?

The OnePlus 7T may have a very similar design to the OnePlus 7, but the changes OnePlus has made are uniformly positive. The upgraded camera setup should offer radically better performance in key areas, like nature photography and group shots. The upgraded fast charge tech and CPU should also future-proof it, making it a better choice for new buyers, technically. We’re not convinced it’ll be worth upgrading if you already own a OnePlus 7, however.