Symantec Norton has unveiled what it claims is the most secure router in the world, featuring tech intended to protect your smart home kit and a wacky design for maximum performance.

Symantec has just announced the Norton Core router at CES. The Core is designed to prevent hacking attempts at most home network’s most vulnerable point: the router.

With a fair few smart home tech hacks making the news in 2016 and a whole load more predicted for this year, the Core has been designed with both connected home tech performance and security in mind.

This is Symantec’s first foray into the world of hardware and the firm has spared no expense, with a unique design and custom-made software.

At its most basic, the Core is a mid-tier router, but there’s a lot more going on inside than just plain networking.

The Core is a combination of Symantec’s pre-existing security knowhow and some new features we’ve not seen before. The router will inspect every packet of data that passes through it for known pieces of malware and other naughties. This is a common feature in business networking products but is seldom found in kit for use in the home.

In short, it’s like a firewall for your entire network. 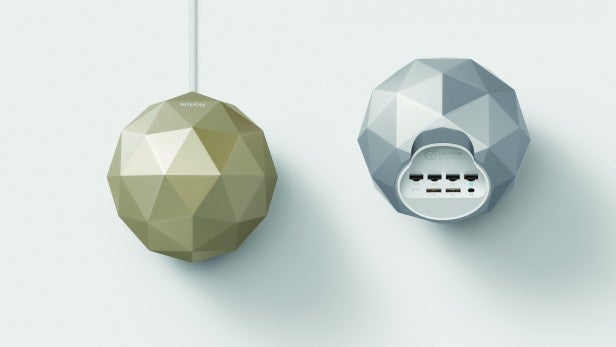 The Norton Core comes in gold and titanium colour options

The second big feature is designed to tackle our biggest security fears: smart home devices being compromised by hackers for both privacy invasion and botnet purposes. Symantec says the Core will be constantly updated with a huge database of smart home devices and will automatically quarantine any device that’s running firmware known to be a security risk. You’ll also be able to move your most vulnerable devices, such as smart home kit, onto a completely separate network, making it much harder for a compromised device to open the door to the rest of your home network.

Above all, Symantec is promoting the Core as an easy-to-use device, with a simple setup procedure, automatic updates, and a simply designed app that lets you monitor, customise, and secure your home network remotely. The app will also present you with an overall network Security Score, which will change based on how well you’ve set up your network and 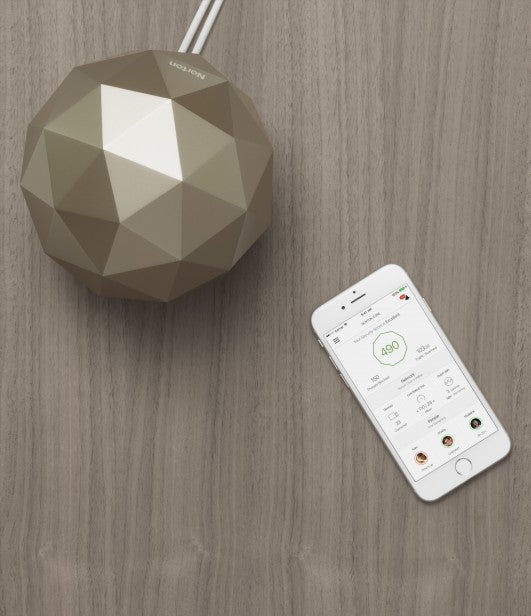 whether any of the devices currently connected present a security risk. Risks could include out-of-date devices and new devices that haven’t had their default password changed.

You can annoy your family members by metering their online time and blocking Wi-Fi access if they spend too much time online. You’ll also be able to filter adult content, which is something that many parents will probably find quite useful. Up until now, you would have had to install content-filtering software on each individual device, which takes time, effort, and maintenance.

The Core is also loaded with high-end hardware, including 802.11ac Wi-Fi broadcasting on both 5GHz and 2.4GHz bands, with a maximum throughput of 2,500Mbps.

That strange, geodesic design is apparently used for both aesthetic and technical reasons, with the antenna configured in an array “inspired by defense and weather radars” for better wireless coverage. We’ll wait and see how true that ends up being.

The processor on board is more powerful than your average consumer router, taking the form of a 1.7GHz dual-core chip paired to handle both its networking and security requirements.

Will it be any good?

Symantec looks to have made a big investment with its new hardware division. It’s a smart move that will keep the wolves at bay, namely ever-more-secure computers and ever-more-savvy consumers that aren’t so easily tricked by viruses and ransomware scams.

Protecting your devices from a network level is a shrewd move, especially if you have children who don’t take security into consideration. If it works, it means you won’t have to spend so much time configuring and cleaning up your family members’ various security messes. 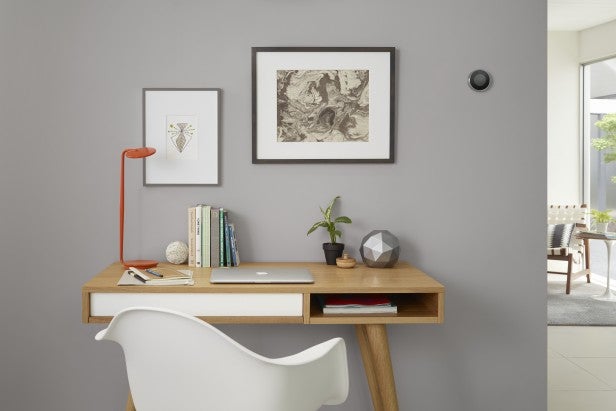 The smart home devices angle is a clever one, although how well it’ll work with such a huge variety of devices from dozens of known and unknown manufacturers remains to be seen.

The problem it faces is that most smart devices from major manufacturers such as Nest, Canary, and Logitech will already let you know if they have software updates that need installing. This means it’s only the dodgy, super-cheap security camera you bought online that won’t warn you about software updates and probably won’t have any anyway. But it will at least encourage you to stop using naff devices that present a risk so, if it works, that should be useful.

It’s expensive if you see it as just a router, but if you also consider its security ability, funky (or weird depending on how you look at it) design, and actually make use of its features, it could be a worthwhile addition to your home security network. A router with a subscription attached might take some getting used to, though. The final consideration is performance, which we’ll have to test when we get one of Norton’s new routers in for review.

The Norton Core doesn’t have a firm release date yet, but expect it in the first few months of this year.

Let us know what you think of Norton’s latest router in the comments.