HMD Global’s Nokia event at MWC in Barcelona presented us with not one but five new devices, including the incredibly affordable Nokia 210, and the intriguing new Nokia 9 PureView, with its five-sensor main camera setup.

Here’s a rundown of each device announced and where available, pricing and release information too. 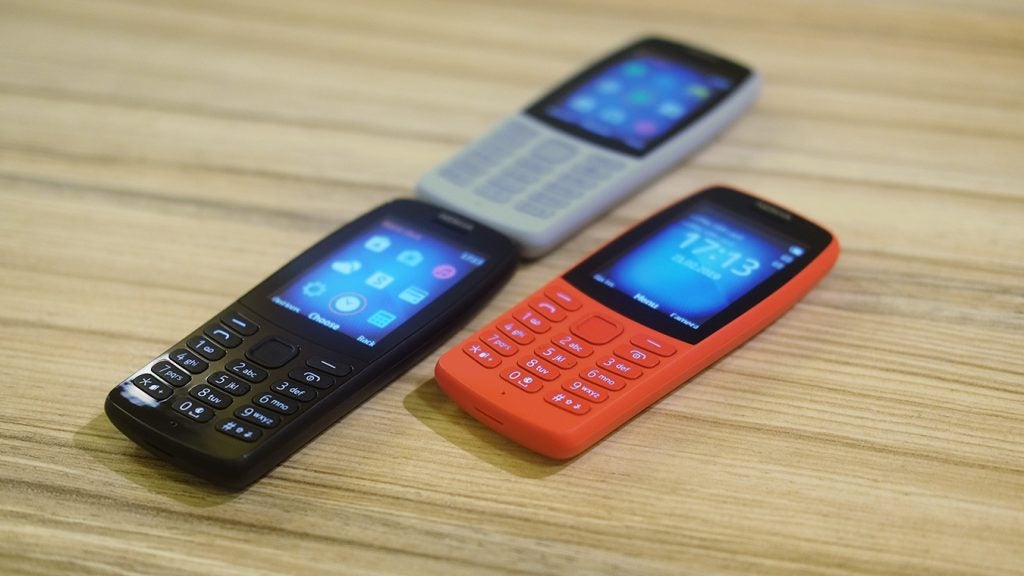 While some might forget that HMD makes feature phones as well as smartphones, it accounts for a huge part of their business. The company is number one in the feature phone market globally and services some 400 million potential target buyers in regions like India.

Being a feature phone, the specs associated with the new Nokia 210 aren’t all that ground-breaking, but at $35 (US), it’s one of the most approachable handsets in the market with internet access.

It comes running a Nokia Series 30+ OS, packs in a 2.4-inch QVGA display, charges and accepts data over micro USB (2.0), sports an LED flashlight, an FM radio and by extension, also features a 3.5 headphone jack. Connectivity-wise the 210 is a humble 2.5G device, with web-browsing possible by way of the integrated Opera Mini browser, and it has the ability to share to social media directly from the camera. There’s also a removable 1020mAh battery that the company says grants up to 20 days standby time.

The Nokia 210 is slated to launch in March and as already mentioned, costs just $35. Its polycarbonate form comes in black, grey or red. 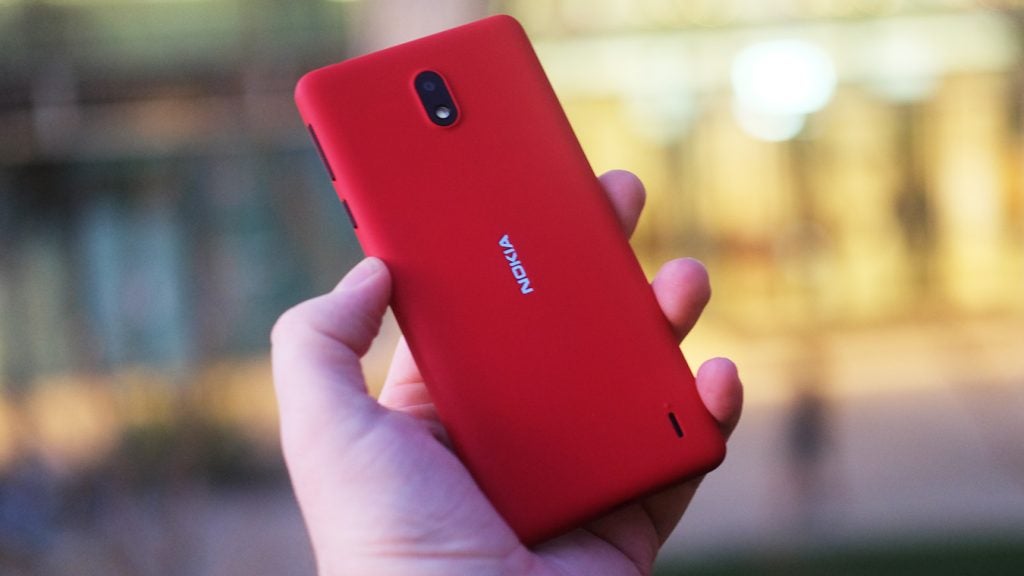 Nokia’s new entry-level Android device serves as the bigger brother to last year’s Nokia 1. Like the 1, the phone features a textured polycarbonate back with Xpress-on replaceable covers, available in black, blue and red.

It comes with either 8GB or 16GB of storage, with microSD expandability on both, a beefier 1.5GHz MediaTek chipset compared to the 1, again with 1GB of RAM, and a larger 2500mAh battery.

The camera setup receives a bump too, with a 5-megapixel fixed-focus front-facer and an 8-megapixel autofocus snapper on the back, while the bigger 5.45-inch IPS display showcases a more timely 18:9 extended aspect ratio, resulting in FWVGA+ resolution.

There’s a headphone jack and FM radio support, Bluetooth 4.2 and 3G/4G support, plus single and dual-SIM variants will be available in select markets. Underpinning all this is Android 9.0 Pie Go Edition.

Following in the footsteps of the Nokia 1, which is currently the largest-selling Android Go device globally, the Nokia 1 Plus hopes to appeal to the same 200 million viable consumers with a temptingly low price of $99 when it launches in March. 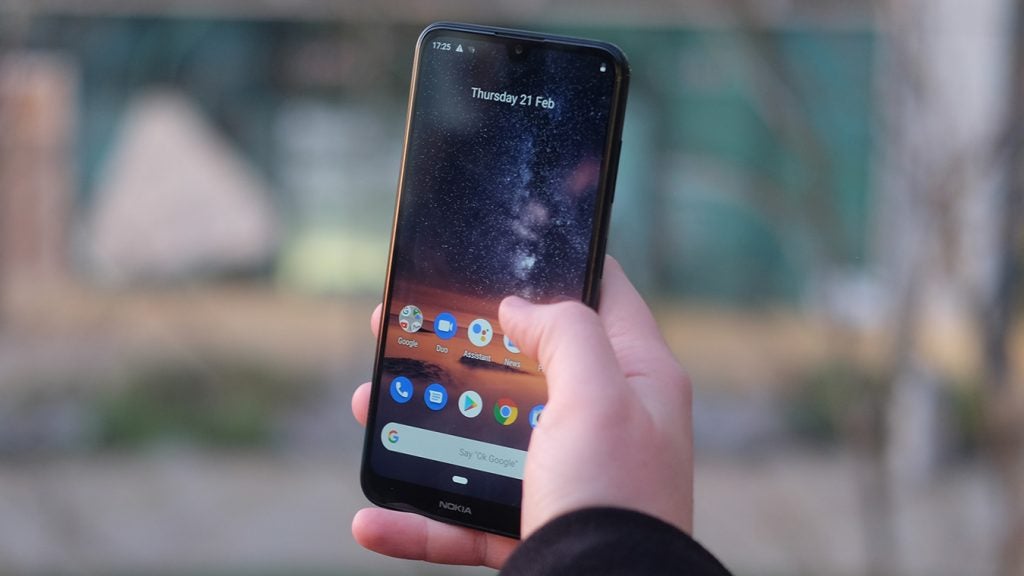 The latest Nokia 3.2 features a large 6.26-inch HD+ 19:9 notched display, which the company says delivers “the best viewing experience in its segment”, as well as a sizeable 4000mAh battery that promises to deliver up to two-days battery life on a single charge.

Under the hood is a Snapdragon 429 processor, 2GB or 3GB of RAM (depending on the market), 16GB or 32GB of storage with microSD expandability up to an additional 400GB, plus extras like an FM radio and a rear-mounted fingerprint sensor – an exclusive feature for the higher capacity model (face unlock via the front 5-megapixel camera is also on the table for both SKUs).

Software-wise, HMD has kept up to date with Android 9.0 Pie, which brings with it features like digital wellbeing and AI-based power management. The company has also set a physical Google Assistant key into the left side of the phone’s frame, which can be used, even when the phone is locked. Instead of a notification light, the power button pulses when there’s a pending alert, which is another nice touch.

To round things out, the phone’s main camera takes the form of a 13-megapixel single sensor, with an LED flash and AI-based scene-recognition smarts. HMD says the phone will also get a Night Sight-style low light shooting mode and advanced HDR algorithms via a software update soon after launch. 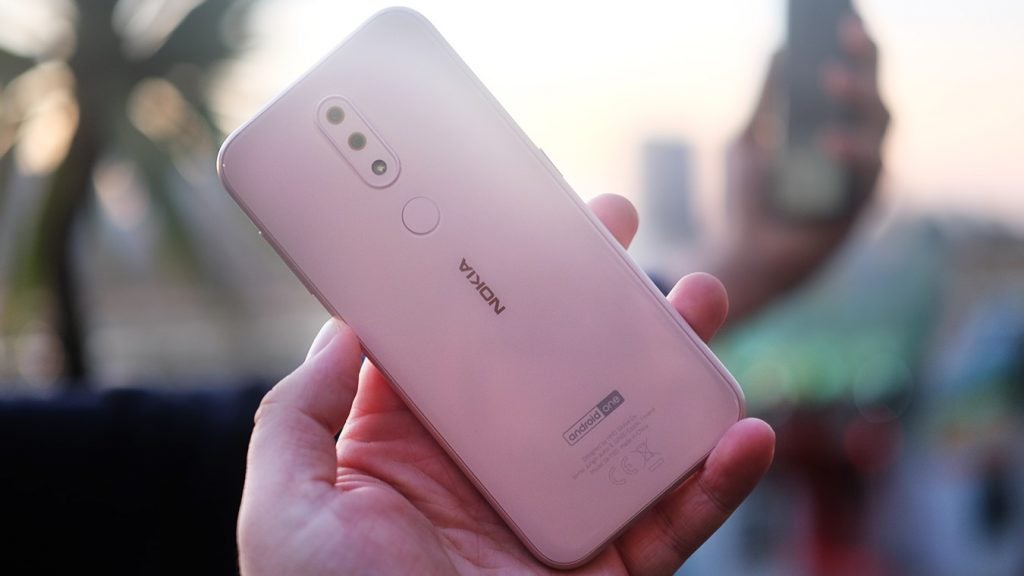 Despite the numbering, the new Nokia 4.2 is actually smaller than the Nokia 3.2, and it comes across as a more refined take on that same design. It sports a notched 5.71-inch 720 x 1520 HD+ 19:9 LCD, set beneath 2.5D pillowed glass. It uses the same RAM and storage allowances as its launch companion but boasts a beefier Snapdragon 439 SoC instead.

Like the phone’s overall footprint, the battery is smaller at 3000mAh, while the glass back plays host to a fingerprint sensor, allows for NFC (region specific) and there’s a dual 13/2-megapixel camera arrangement with enlarged pixels, phase detection autofocus and depth detection capabilities. The notch set into the top of the phone’s display houses an 8-megapixel fixed-focus camera, which again supports face unlock. The Android 9.0 Pie-powered user experience accommodates the phone’s dedicated Google Assistant hardware key too. 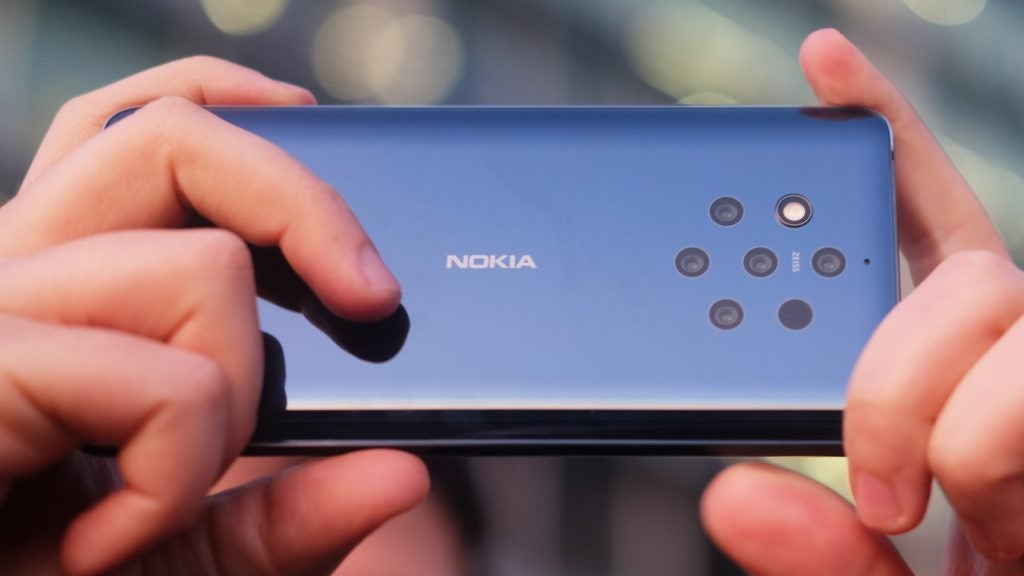 It feels like we’ve seen leaks and renders of this phone for years at this point but the Nokia 9 PureView, as it’s now known, is finally official. It doesn’t take a detective to see just how the new Nokia flagship is hoping to stand out from the crowd. While it features a single, solitary front-facing camera, flip the PureView over and you’ll find a module containing no fewer than five cameras, accompanied by an LED flash and an assistive ToF (time-of-flight) camera.

This cluster of camera components, arranged like a flower, aims to give the 9 PureView unparalleled dynamic range and depth perception. Engineered in partnership with computational camera specialists Light, the phone’s five 12-megapixel sensors, which consist of two RGB sensors and three black and white sensors, gauge depth and light information to collectively process at least 60-megapixels (and up to 240-megapixels) worth of image data down into a 12-megapixel image.

As for the rest of the phone, the camera bump-free back also facilitates wireless charging, while there’s a 5.99-inch 2K pOLED HDR10-compliant display on the front, built to HMD’s PureDisplay standards. It also boasts an in-display optical fingerprint sensor too.

At the helm is a Snapdragon 845, a surprising inclusion considering its successor, the 855, is already appearing in phones launching at Mobile World Congress. The use of chip falls to the development time needed to engineer the phone’s unique camera, however, it’s presence will only likely influence the most spec-focused consumers out there.

There’s also 6GB of RAM, 128GB of storage and a 3320mAh battery that can be charged over USB-C with support for Qualcomm’s Quick Charge standard. To round things out the phone is also IP67 certified against dust and water ingress.

The Nokia 9 PureView is available for pre-order from February 24 and goes on sale in March at a price of $699.

Which new Nokia phone are you most excited about? Let us know on social @TrustedReviews.com.