The Nintendo Switch has been a huge success, but its first month on sale hasn’t exactly been free from troubles.

Despite outselling the likes of the PS4 and Xbox One in certain markets, the hybrid console’s first weeks on sale have been plagued by stock shortages and a nagging issue with the console’s left Joy-Con controller.

Now, it’s got another problem to face up to, warping consoles.

Nintendo has openly acknowledged that the Switch can get pretty warm when docked for serious gaming sessions. Now, however, one user has claimed the console is getting so toasty it’s caused the entire console to warp.

Taking to Reddit, user ‘_NSR’ posted an image of their Switch with a distinct bend to its plastic body. 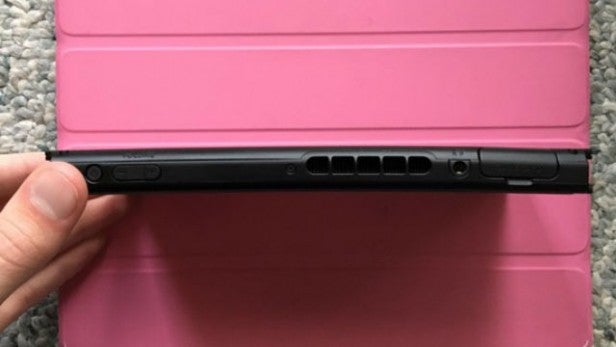 Although not bent at a severe angle, the console has been snapped with a notable curve to its body. The user claims that this has been caused solely by the console overheating while docked, with the Switch’s small inbuilt air vents unable to dissipate enough heat to keep the console cool.

“The Nintendo Switch is starting to warp while only being in dock mode,” the Reddit post reads.

Instead of being boxed in, the Switch owner has stated that their console has been sat “atop my receiver, out in the open,” and that “It’s only about 8-inches off the ground, it was the most open area near my TV.”

They added: “It does get very hot, considering how small the system is and it is outputting Breath of the Wild for long periods of time on a big screen, it may be too much for it to handle.”

Despite the worrying new curve to the console, _NSR states that the Switch still works perfectly well, with no issues affecting gameplay.

This appears to be more than just an isolated case, however. Since the original post, other Redditors have started chiming in with similar claims. It’s not a universal problem them, with others suggesting they’ve put in 150 hours of docked gameplay so far without worry.

The Japanese gaming giant has looked to rectify issues elsewhere, however. Nintendo has already discussed fixes for the bug which sees the blue Joy-Con controller intermittently lose its connection with the console.

It’s advised that those experiencing the problem keep their console away from aquariums and Wi-Fi emitting electronics.

Has your Nintendo Switch started to warp? Let us know in the comments below.