Despite growing competition among streaming services, Netflix confirmed to TrustedReviews it has no plans to offer music or live sport any time soon.

During a private briefing on the future of Netflix, we asked Todd Yellin, VP of Product Innovation at Netflix, whether the streaming service would eventually roll other types of media in a standard subscription. Probed on whether Netflix would follow Amazon’s suit and introduce music streaming, Yellin said: “Music? No, I don’t see that happening.”

“It’s funny – we’re pretty monomaniacal as a company,” explained Yellin.”. There are different companies with different approaches. Some companies are into the vast portfolio, diversified, into all kinds of things. We want to be the best video storytelling company in the world. That is our goal.”

However, Yellin admitted that they will continue to “experiment with different content types”, and offered up the example of Ultimate Beast Master, a recently launched obstacle course gameshow narrated by Sylvester Stallone, as well as Chelsea Handler’s talkshow, which debuted last year. 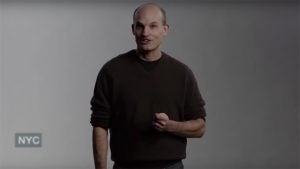 We also asked Yellin whether Netflix would consider going one step further and branching out into live sport. After all, it’s a popular genre that’s currently underserved by internet TV companies like Netflix and Amazon:

“There’s no current plans. We’re not thinking about live sports. We want to be the best video storytelling place in the world. That’s what we want,” he told TrustedReviews.

One of the big questions facing Netflix is whether it can compete with rival Amazon, which currently bundles a range of services within the Prime subscription, including TV, movies, music streaming, Kindle book loans, and free next-day delivery on selected products.

Netflix’s reluctance to step into other content categories might seem foolish, but Jonathan Broughton, Senior Analyst for Home Entertainment at IHS Markit, thinks the streaming giant is right to exercise caution, particularly around music.

“Music’s quite a difficult industry for any streaming company,” Broughton told TrustedReviews. “If you look at companies which are trying to supply dedicated streamed products, there aren’t that many. There’s Spotify, which has never made a profit. Every year they’ve lost money on their streaming services.”

He continued: “For Netflix, they’d either have to make a whole range of deals with people they don’t currently have relationships with, but also have a good long think about monetising that, which could mean a completely different subscription model.” 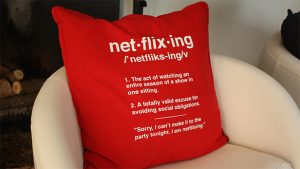 Broughton also seemed unconvinced by the prospect of live sport on Netflix. He explained how live sport could be split into two categories: (1) premium sport, like Premiership football, and (2) niche sports, like MMA or wrestling. He detailed how premium sport would be particularly difficult to enter into:

“The top quality sport only really exists in markets where the main operators are using these events as a tentpole to bring in subscribers, and to sell them a bunch of other things,” Broughton said. He offered the example of Sky in the UK, where selling a sports package involves getting customers onto basic packages, and then upselling them onto bundled broadband, landlines, and mobile.

“In order to leverage premium sport correctly, you need to have an entire infrastructure in place,” he told us. 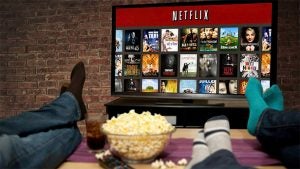 Niche sports aren’t significantly much more attractive to Netflix either, according to Broughton. He says that’s because there isn’t much crossover between sport and the type of TV content we watch: “There’s very little causality between what a user watches in terms of sport, and what they watch in terms of drama or adventure or films. So utilising niche sport to sell to the rest of your audience doesn’t work very well.”

He added: “They’d have to restructure their business model and have a different way of selling it to consumers. , or add a separate package and start bundling, in a traditional ‘pay TV’ operator sense.”

The IHS analyst believes that rather than moving into new content categories, Netflix should look at more conventional ways of growing user count. The best way, he says, is to get onto users’ main TV set, by partnering with TV operators: “They really need to concentrate on getting better service, and getting on the main screen.”

“The biggest challenge is still getting in front of consumers,” he said.

What other types of content would you like to see on Netflix? Let us know in the comments.