(Update: 25 January 2017): Netflix has now added support for SD cards, allowing you to save downloaded content onto expandable storage – thus saving space on your phone. Head into your app settings and you’ll find a new ‘Download Location’ option that lets you make the switch.

A tweet from the company initially appeared to reveal the new feature, and TrustedReviews has independently confirmed that the latest update to the Android and iOS app contains the addition – as has Netflix.

The company explained in a blog post: “While many members enjoy watching Netflix at home, we’ve often heard they also want to continue their Stranger Things binge while on airplanes and other places where Internet is expensive or limited.

“Just click the download button on the details page for a film or TV series and you can watch it later without an internet connection.”

To activate the seriously useful new feature, all you need to do is update to the newest version of Netflix on your smartphone or tablet.

Then, fire the app up and – just like Netflix says – you’ll be presented with the new download option on select shows.

You’ll see a new ‘Download & Go’ icon appear next to certain content to show it is available for offline viewing, or you can navigate to the ‘Available to download’ section to see a selection of what’s on offer.

Some of the highlights? Netflix original series Narcos is currently available to download, as is smash hit Stranger Things, plus The Crown and Orange Is The New Black, with more set to come according to the blog post. 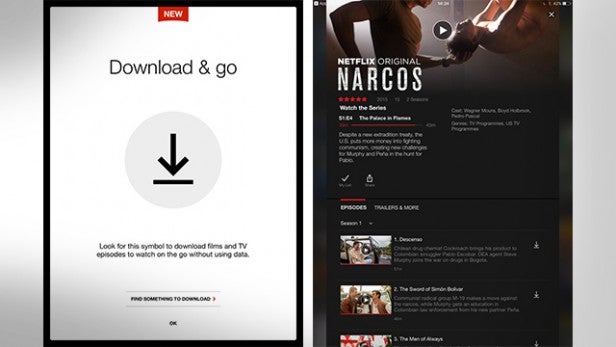 The company has also added new settings for controlling the download functionality. You can set your device to only download over Wi-Fi, plus, there’s the ability to set the quality of downloaded files, along with a ‘Delete All Downloads’ option. 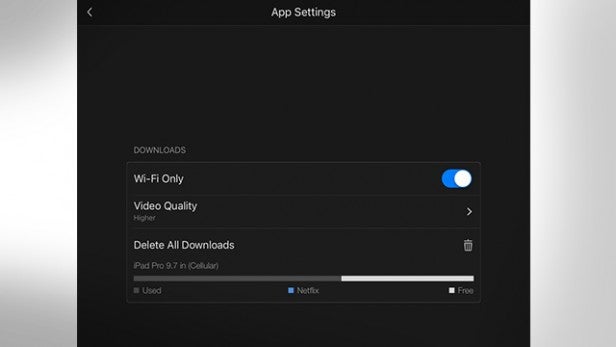 The new feature is available on phones and tablets worldwide, on all types of Netflix plans, and represents something of a sea-change for the popular streaming service, which once famously said that it would never offer offline viewing – because the option was ‘too complex’ for most users.

How are you getting on with your Netflix downloads? Let us know in the comments below.