The long-awaited 4K remaster of the Mass Effect sci-fi RPG trilogy will be available on May 14 and can be pre-ordered now, EA has announced.

The Mass Effect: Legendary Edition, first announced in November, will be available for Xbox One, PS4 and PC, but it’ll also be forward compatible for the Xbox Series S/X and Sony PS5 consoles. EA says there’ll be “targeted enhancements” for the new-gen machines.

In the announcement, developer BioWare says it has been been working hard on faster frame rates and a number of visual improvements to depth of field, VFX, lighting and shades alongside the boost in resolution and dynamic range. The PC version also includes support for controllers.

As well as the enhanced visuals, Mass Effect: Legendary Edition promises 40 (FORTY) pieces of downloadable content for the three single-player campaigns, which arrived between 2007 and 2012. The 2017 game Mass Effect: Andromeda is not included in the remaster.

Today’s news is also accompanied by a killer new cinematic trailer for the trilogy and some side-by-side screenshots showing the original and Legendary Edition, which you can see below:

The announcement of a spring release date will come as some what of a surprise to many. As we noted in December following its reveal at The Game Awards, it appeared as if the development was in early stages and a release in years, rather than months, was more likely. 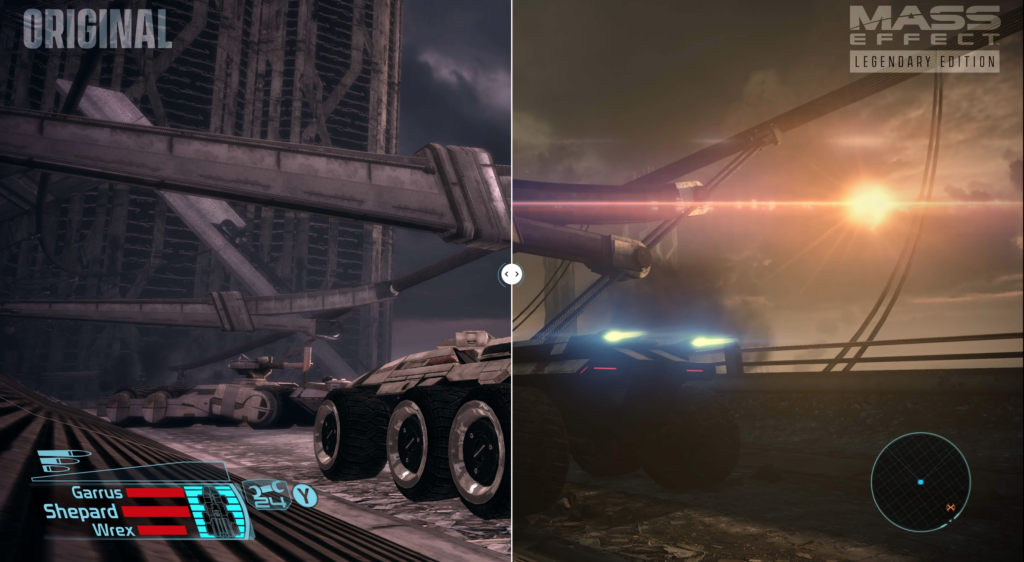 Bioware also says the next chapter of the Mass Effect series is under development, with news on the progress company in the months to come.

Mass Effect director Casey Hudson writes: “Meanwhile here at BioWare, a veteran team has been hard at work envisioning the next chapter of the Mass Effect universe. We are in early stages on the project and can’t say any more just yet, but we’re looking forward to sharing our vision for where we’ll be going next.”