The Light L16 camera has officially made its way to the UK, offering a happy middle ground between smartphone snappers and more advanced cameras. Here’s everything you need to know about the Light L16, including its UK price, release date, specs and more.

As its name suggests, the L16 packs a whopping 16 sensors, rather than the one or two you’ll find on your typical 2018 smartphone. These are configured at 45-degree angles across a flat plane, resulting in a camera that captures a combination of 28mm, 70mm and 150mm shots, before its on-board software fuses them all into a single high-res 52-megapixel image.

Sound complicated? Some of the finer technical details certainly had the decidedly amateur photographer in me lost when I previewed the L16 recently, but, fortunately, everything else about it is straightforward.

Its pocket-friendly form factor of 165 x 84.5 x 24.05mm is in line with most CSCs, while its Android-based UI will be familiar to anyone who’s used a phone camera. A 5-inch Full HD touchscreen offers a number of user-friendly features, including pinch-to-zoom (the L16 offers 5x continuous optical zoom) and the option of taking a photo with either a digital or physical key. 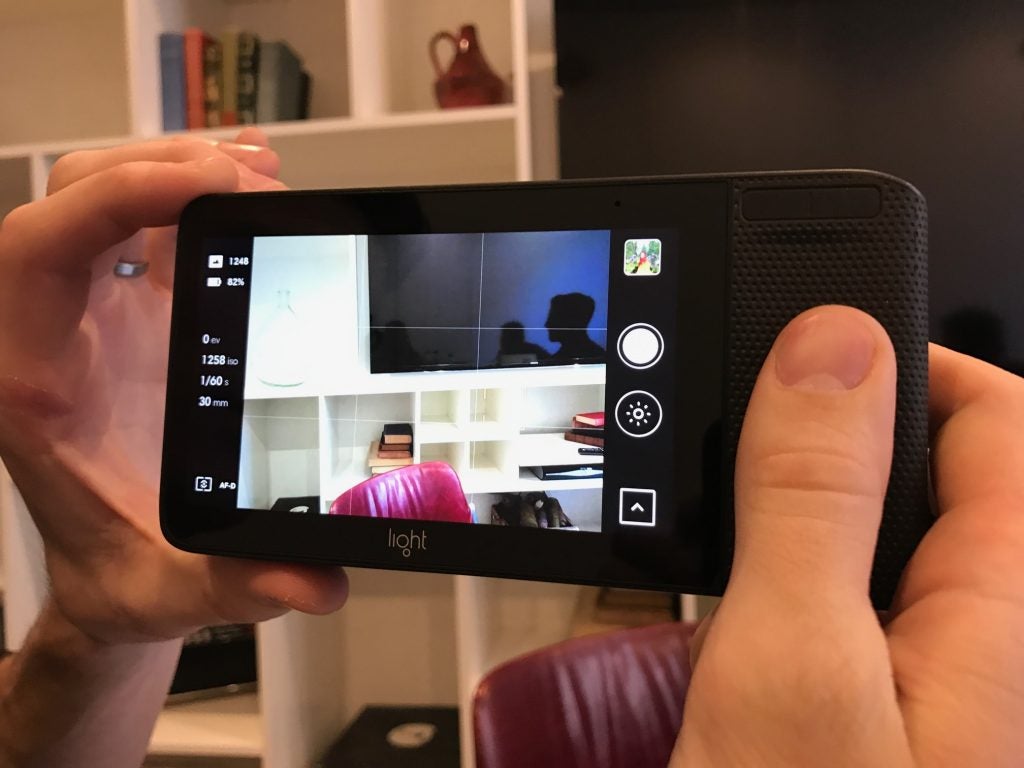 I particularly liked the latter snapping option, as it felt more like using a ‘real’ camera, while the L16’s texturised rubber grip made the camera feel sturdy in the hand and allayed my fears that I would send the newly arrived kit to the Great Camera Repair Shop in the Sky well before its time. 4K video is close to arriving, too, the company told me, and the whole show is powered by a Snapdragon 820 SoC that works in tandem with Light’s own dedicated ASIC image-processing chipset. 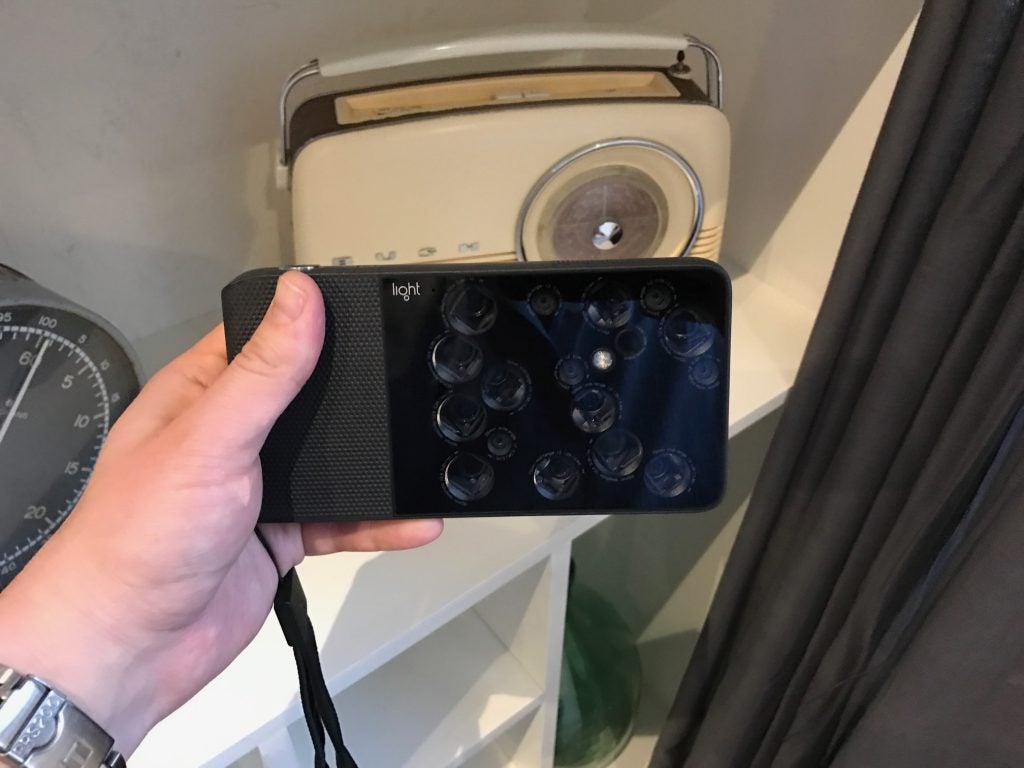 Custom software is what really helps the L16 stand out, though – in particular the way its 3D ‘depth maps’ allow you to easily shift the focus of your image and adjust the depth of field and focal plane, even after you’ve taken the shot. There are loads more editing options, too, via Light’s proprietary desktop software, which looked accessible enough to non-pros during my demo session.

Taken all together, the Light L16 proposes an enticing combination of DSLR-esque image quality, CSC-like portability, and the ease of use reminiscent of smartphone cameras. GPS, Wi-Fi and Bluetooth connectivity are all on board, and battery life for non-continuous use is tipped at well over a day.

The only potential drawback is its price. The Light L16 will cost £1850 here in the UK, which places it well above a number of quality entry-level DSLRs, albeit before taking into the extra cost of lenses. That said, though until March 31, you can have one for the early order price of £1295. It’s available to purchase now direct through Light’s website, with retailer partners set to be announced at a later date.

We’ll be reviewing the Light L16 in full as soon as samples become available, so stay tuned to see if this impressive-on-paper snapper holds up to our testing process. It was first put up for pre-order in 2015 and was released in the US just last year.

Just as excitingly, Light also showed off a concept phone featuring the L16’s distinctive lens array and complementary software technology. While I wasn’t allowed to capture this on camera, it’s safe to say this will be an Android device and the smart money is on it being officially unveiled later in the year. IFA 2018 obviously springs to mind, as does Photokina.

Would you plump for the Light L16 instead of a traditional DSLR? Tweet your thoughts to us @TrustedReviews.