The iPhone XR continues to struggle, with the latest news seemingly confirming a lack of interest in Apple’s ‘affordable’ new smartphone.

As reported by GizmoChina, key Apple component supplier Japan Display has slashed its 2018/19 sales forecast on the back of reduced demand from Apple for its LCD screens, which feature on the iPhone XR.

“For Japan Display, around 80 percent of its overall revenue is generated through the production of the display panel for smartphones. [The] majority of those earning is dependent on its business with Apple.

“Earlier, the company, known as JDI, has reported sales forecast growth in the range of 10 percent to 20 percent. However, last month, the company lowered the numbers to between 5 percent to 15 percent for the year ending in March 2019.”

The latest rotten news is hot on the heels of the recent iPhone XR price slash, which saw Apple take the rare step of offering a $300 discount on a brand new smartphone – albeit in the form of a trade-in scheme, rather than an out-and-out fire sale.

But while it’s a trying time for Apple and its shareholders, consumers ultimately stand to benefit from the iPhone XR’s sales woes, as it means would see even more iPhone XR deals emerge in the build-up to Christmas and into the new year.

The biggest question is why the iPhone XR is struggling the way it is, and one possible explanation is that however good a phone it is – we actually deemed in the best iPhone for most people’s needs this year – Apple’s new iPhone XS and iPhone XS Max flagships continue to hog the limelight. 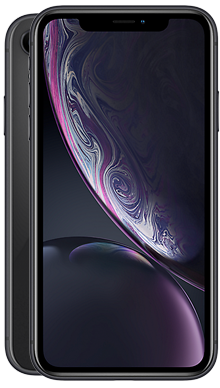 With just £45 to pay upfront a sweet 100GB of data included for all your bingeing needs, this is the top iPhone XR deal right now. If you're happy going with less data in favour of a more affordable contract, this solid offering from Vodafone is just the ticket to nab one of the best modern iPhones on the cheap.

A very similar scenario emerged when Apple released the more wallet-friendly iPhone 5C alongside the 5S way back when. As Apple phones are something of a status symbol, the option of buying the so-called ‘cheap’ iPhone perhaps isn’t that attractive a proposition in the eyes of many prospective buyers.

Alternatively, it could be that with radical new Android phones like the Galaxy X and Galaxy S10 now firmly on the horizon, buyers who float between the two rival operating systems are opting to keep their money in their pocket for now.

Why is the iPhone XR struggling so badly? Let us know your take on all things Apple on Twitter @TrustedReviews.