The iPhone 5S release date is now just a matter of hours away with Apple set to officially unveil its next-generation flagship phone later today, September 10.

With a raft of iPhone 5S rumours having done the rounds in recent week and the phone making a number of premature appearances, . What’s more, it is expected that the 5S will be unveiled alongside an all new, budget iPhone 5C.

With the next Apple phone to be unveiled later today, here’s all you need to know about the iPhone 5S ahead of the phone’s official launch. 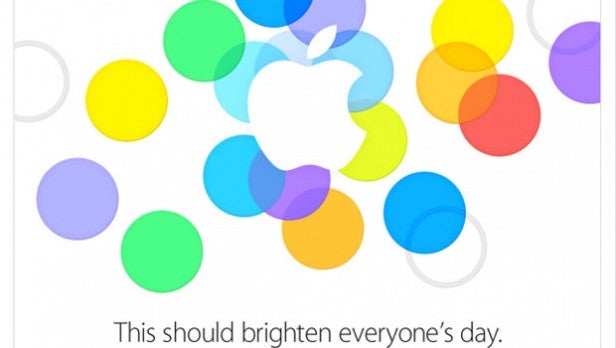 After months of speculation, Apple has confirmed that the iPhone 5S will be launched later today, September 10. While official invites have confirmed the phone will make an appearance at the company’s Cupertino HQ in California, Apple’s next flagship phone will reportedly hit retailers just days later. An iPhone 5S release date has been teased as September 20, 10 days after its unveiling.

The news was originally broken by iMore, before being backed-up by the usually-reliable 9to5Mac and TechCrunch. 9to5Mac spoke to a source who has apparently used the device, suggesting it may be someone within Apple. Further iPhone 5S release date leaks have seen Chinese networks prematurely unveil the phone’s arrival in stock listings.

If Apple maintains its past traditions, the iPhone 5S release date will be preceded by a period of pre-orders that will likely kick off later today following the phone’s entrance into the realms of reality.

The most-leaked new feature of recent weeks is a new gold
finish. This is the first time we’ve seen a genuinely new shade of iPhone since
the first white model – the white iPhone 4 back in 2011.

If you’re imagining gaudy bling, rest assured that it’ll
probably look pretty good in the flesh. Leaked photos suggest the gold iPhone
5S will have a light ‘champagne’ finish rather than a vivid gold colour.

iMore’s quick Photoshop job of the finish gives you a
good idea of what to expect. 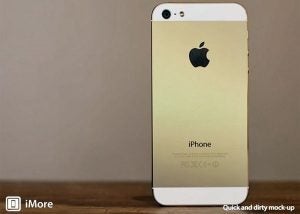 Don’t like it? There are no signs of Apple dropping the black
and white finishes currently available. It’s also rumoured that the gold iPhone
5S will only come in a ‘premium’ 128GB edition, which seems a shame as it’ll probably
cost upwards of £700.

Earlier this year, it was rumoured that the iPhone 5S will feature a fingerprint scanner as a method of identification. Although initially dismissed by many as an unlikely addition, unearthed iOS 7 code suggests it might actually exist.

The code suggests the iPhone 5S will ask you to scan your right thumb during the setup process, which will them be used to identify you – presumably cutting down the passwords and such you’ll have to enter. 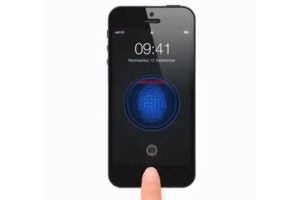 It could also be used to load discrete user profiles, which would be particularly useful for iPhones that’ll be used by kids as well as adults. Nice idea, Apple. If it works, that is.

Some sources do not agree. Commmercial Times suggests the iPhone 5S will have a 4.3-inch screen – 0.3 inches up from the iPhone 5. However, there are plenty of conflicting rumours that suggest Apple will stick with the 4-inch form. 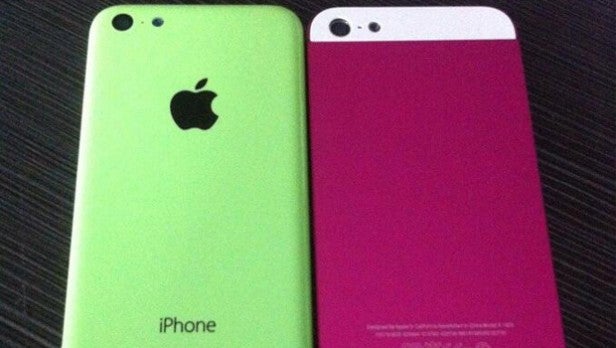 For example, KGI Securities analyst Ming-Chi Kuo suggests that the iPhone 5S’s design will be near-identical to the current model.

Apple will give the iPhone 5S a proper camera refresh this year, having barely updated the camera in the iPhone 5.

The phone is expected to feature a 12-megapixel camera, suggesting it’ll have a different sensor from the Samsung Galaxy S4 and Sony Xperia Z, both of which use a 13-megapixel Sony sensor. That’s four megapixels greater than the 8-megapixel sensors used in both the iPhone 4S and iPhone 5.

Just as important, the iPhone 5S will also have an improved lens and a more powerful flash. KGI Securities writes that the phone will have an f/2.0 lens, significantly faster than the f/2.4 lens used in the current model. The flash will also be bumped up from the single-LED type to dual-LED. This should help give the flash more even coverage, which is crucial when taking low-light shots with a flash.

However, come release day the most noticeable change for most people will be the shift from iOS 6 to iOS 7 and its new camera app. iOS 7’s camera interface offers far more features than the stripped-back app of iOS 6.

The iPhone 5 has a dual-core 1.3GHz processor. Next to the quad-core Samsung Galaxy S4 and HTC One that doesn’t sound too powerful.

Apple is taking a different approach to its Android rivals, though. The iPhone 5S will move from a 32-bit ARMv7 architecture to 64-bit ARMv8 architecture – it’s Apple’s main move in the upgrade from an Apple A6 chip (as seen in the iPhone 5) to the Apple A7 type, used here.

KGI analyst Ming-Chi Kuo says that it’ll be 20 per cent more efficient than the current Apple A6 chipset. However, there have been relatively few suggestions that the iPhone 5S will actually move to a quad-core chipset. Where we might have expected a consensus on quad-core chip, many suggest the iPhone 5S will have a dual-core CPU. The jury is out.

Most agree that the GPU will get an upgrade from a tri-core PowerVR model to a quad-core one, though.

Apple is not going to radically alter the screen size and screen resolution of the iPhone series in the iPhone 5S. The phone will have a 4-inch 1,136 x 640 pixel display, just like the current iPhone.

However, Apple is expected to change the type of screen it uses. Rather than a standard IPS screen, the iPhone 5 will use an IGZO display, a screen type made by Sharp.

IGZO is designed to be more power-efficient than IPS, while retaining great image quality and the good viewing angles expected of an iPhone. The screen array is also thinner than IPS.

One of the big questions is – will there be a 128GB iPhone? The only Apple mobile device to get a 128GB edition so far is the full-size iPad.

Of course, in a larger device like that, there’s much less of a technological challenge. To get a NAND array small enough to fit into the (doubtless) super-slim iPhone 5S will require much greater miniaturisation.

Sandisk told us earlier this year that it was working on its own tech to make 128GB phones possible. But will it be ready for September?

Some believe so, having suggested Apple will release a ‘premium’ gold edition of the phone with 128GB storage.

Leaked photos that show what appears to be the iPhone 5S with its rear casing removed, revealing a 5.92Whr unit. This is just a little more powerful than the 5.45Whr battery of the iPhone 5, but if coupled with the power saving features of an IGZO screen then battery life could be substantially improved.

It’s a spec that supports the idea that the iPhone 5S will have the same screen size as the current model.

Early Impressions
The iPhone 5S is likely to be an important, but hardly earth-shattering upgrade to the iPhone 5. Improvements to most elements, including camera and CPU are likely.