Which is the best option for a versatile workstation between the best of Microsoft and the best of Apple? Here we put the two high-spec devices head to head.

Buying a premium tablet or convertible can be a tough choice. If you’re looking to compare between two of the best options with the iOS and Windows operating systems, then check out our comparison between the iPad Pro 2020 and the Microsoft Surface Pro 7.

The iPad Pro 2020 is constructed from aluminium and glass, and is available in two subtle colours; Silver, and Space Gray. There are minimal bezels around the display, and it’s not only attractive, but it’s functional too. Unlike some other Apple devices (including the iPhone 11 series), fortunately, this one does feature a USB-C port. 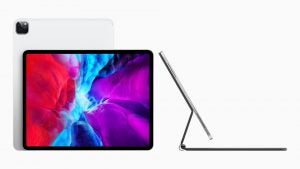 If you want to use your iPad Pro more as a workstation than a tablet, the new Magic Keyboard offers this feature with a magnetic connection to the device.

The Microsoft Surface Pro 7 also has a metallic sheen and is available in two colours: platinum or black. It’s a little boxier in its form but has a flourish in the form of the Microsoft logo. As far as accessories go, it has a kickstand and an attachable keyboard. 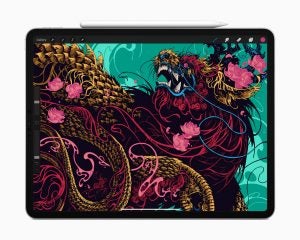 By contrast, the iPad Pro 2020 has two screen sizes: 11-inches and 12.9-inches. It’s also an LCD (and we admit we’d have preferred an OLED), and both models in the series have a resolution density of 264 pixels per inch.

The iPad Pro’s screen comes into its own thanks to a variable refresh rate which can hit a maximum of 120Hz for super-smooth scrolling.

All variants of the iPad Pro 2020 runs on a new own-brand A12Z Bionic chip. We haven’t yet tested this one as yet, but we can reasonably expect it to be an improvement on the previous generation which ran on the A12X Bionic.  That chip performed very well in our review, coping with intensive tasks such as 4K video editing and digital art without giving a hint of lag. It could also run all of the games on the App Store that we tried, though admittedly none of the titles there are truly of console-standard. All versions of the iPad Pro 2020 have 6GB of RAM. 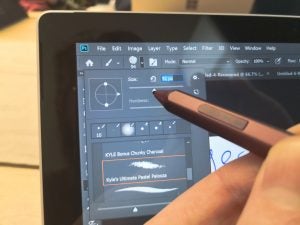 The Microsoft Surface Pro 7 is available in many different configurations, from a Core i3 version right up to a Core i7 (all are 10th generation). We tested the top-spec version and found it to be more than powerful enough for sizeable digital paint projects, small-scale video editing, and lightweight 3D modelling. The device recorded impressive 2015.4 MB/s read speeds, and 805 MB/s write speeds via CrystalDiskMark. Seeing as it’s available with up to 16GB of RAM, multitasking shouldn’t present a problem either. However, it was very poor when it came to gaming due to the lack of graphics options; even undemanding games such as Overwatch were too much for it.

The Microsoft Surface Pro offers a “basic” 5-megapixel front-facing camera and an 8-megapixel camera on the rear. 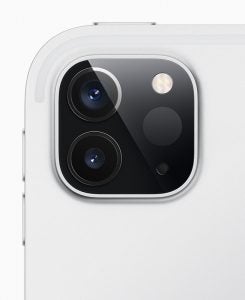 On the other hand, the iPad Pro 2020’s camera has seen a major, major revision, not only boasting a 12-megapixel camera but also adding a 10-megapixel ultrawide camera and a LiNAR scanner for depth sensing. This set-up should offer far greater photographic versatility than Microsoft’s