Apple’s unveiled the latest iteration of its sleek iPad Air range, but how does the new iPad Air 4 stack up against the existing iPad Air 3? Let’s take a look.

Alongside a brand new and even more affordable upgrade to the iPad 7, Apple also saw fit to debut the long-awaited successor to the iPad Air 3. While an update was inevitable, the new iPad Air represents one of the biggest leaps that the series has seen to date.

Now looking almost identical to the iPad Pro 2020 (on the surface at least), the iPad Air 4 marks a departure from that typical iPad Air design and a move into some of the most impressive iPad tech that we’ve ever seen. With a seemingly huge chasm now separating the most two recent iPad Airs, let’s dive into the headlines that you need to be aware of.

Time to say goodbye to the classic Apple home button and those chunky iPad bezels – they’re on their way out. Just as some leaks confirmed ahead of Apple’s official unveiling, the iPad Air 4 has taken a page straight out of the iPad Pro 2020 playbook.

Adopting the sleeker end-to-end display of its more premium counterpart, the iPad Air 4 now looks a world away from the iPad Air 3. Putting them side-by-side, you’d be forgiven for thinking that they don’t even belong to the same series.

The iPad Air 4 comes in more colours too, with a blue and green option added. 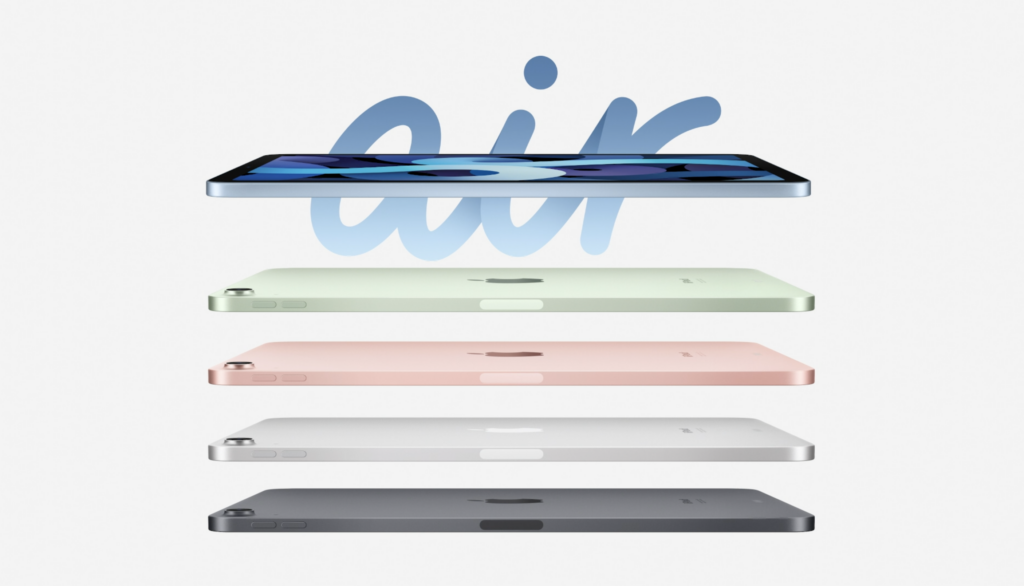 The price of the iPad Air has been gradually increasing, but with the iPad Air 4, it’s time to buckle yourself in for one of the biggest price hikes yet. With a starting rate of £579, the iPad Air 4 is a whole £100 more expensive than the entry-level iPad Air 3.

Of course, with the amount of features that have been improved, the price hike does make sense, but it could put some users off an immediate upgrade. Similarly, if you’ve been using one of the older iPad Air units, then it’s worth pointing out that you can pick up the iPad Air 3 with a decent discount if you know where to look.

The use of USB C is another welcome change. Like the iPad Pro, the Air has ditched Lightning as its main connector port and replaced it with USB-C.

USB-C has many bonuses and it’s great to see Apple beginning to utilise it across more of its product line. You’ll now be able to use a wider variety of cables to charge the device, plug in USB-C dongles and SD card readers and so on.

This will also be handy for those who use a recent MacBook Pro (or Windows laptop, for that matter) as you’ll be able to charge both with a single cable.

Arguably one of the most interesting changes is that the iPad Air 4 is the first tablet from the brand to embed a TouchID sensor into the power button. You could compare it, we guess, to how TouchID works on a MacBook.

This method of unlocking allows Apple to remove the myriad of sensors required for the FaceID system and we assume save some cost in the process.

5. Big updates on the inside

iPad Air 4 is the first iOS device to run using the new A14 chip architecture, something we expect to see nestled inside the iPhone 12 whenever that gets its big reveal. This should give the iPad Air 4 a notable upgrade over the iPad Air 3, which runs on the much older A12 chip.

There’s also support for WiFi 6, 60% faster LTE and a new 12MP camera on the back that’s got more in common with the iPad Pro than the older Air. 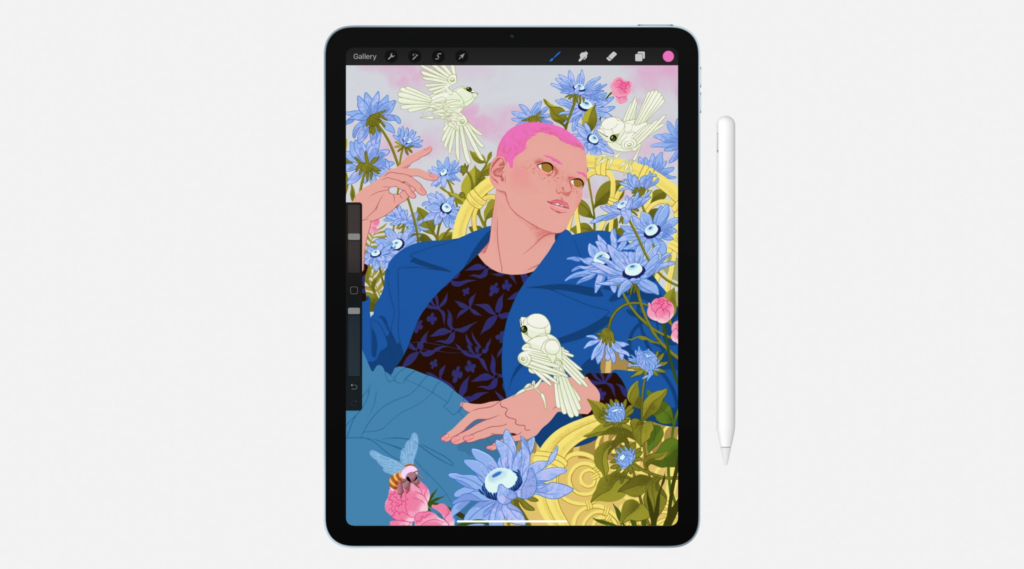 While both versions of the iPad Air work with keyboards and pencils, the ones they use are very different. The new iPad Air 4, for instance, uses the newer second-gen Pencil that charges atop the tablet rather than being plugged directly into the port.

It also supports the newer Magic Keybaord, a £279 accessory that launched with the iPad Pro. Neither of these work with the older iPad Air.