Huawei has just unveiled plenty of updates to its popular laptop, audio and wearable ranges and, among them, was the MateBook X.

Scroll down to discover everything you need to know about Huawei’s new, lightweight ultrabook.

Huawei MateBook X release date and price: When can you buy it?

The MateBook X was announced at the Huawei Developer Conference (HDC) today. It’ll cost 1599 euros, with UK pricing to follow.

The MateBook X is designed to be compact and lightweight – and Huawei wasted no time in comparing it to Apple’s MacBook Air. At 13.6mm, the X is smaller than an A4 sheet of paper and weighs just 1kg – 0.29 less than its Apple-made rival.

The laptop features a 3K touchscreen display which Huawei claims can hit 400 nits of brightness and will deliver improved battery life and resolution thanks to it being an LTPS screen. The “borderless” Infinite FullView display with a 90% screen-to-body ratio, making the bezel incredibly slim.

The clickpad features a 26% larger touch area than the previous generation with full haptic feedback and built-in Huawei Share, so you can access multi-screen collaboration and move files between your phone and your laptop. 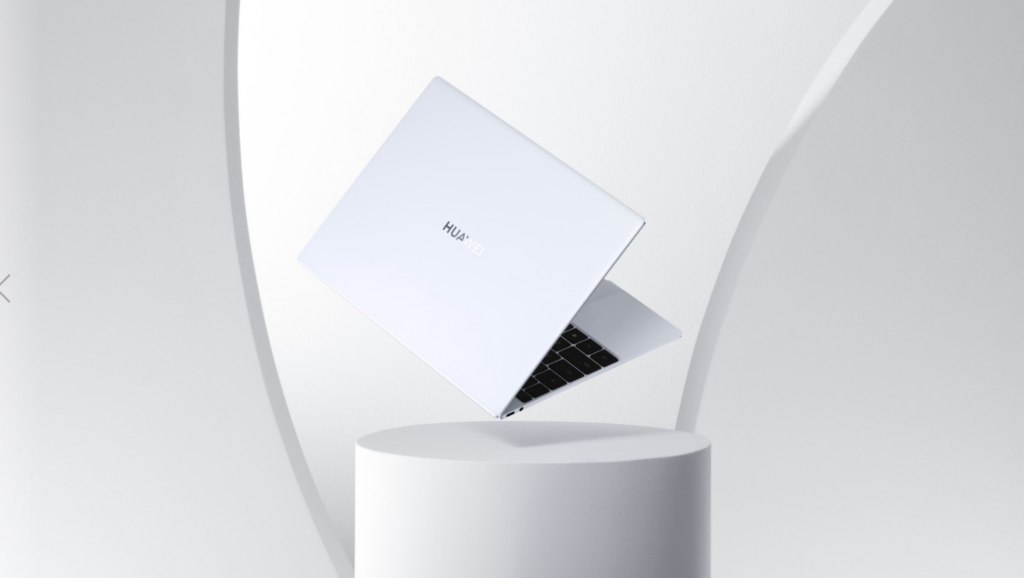 The Huawei MateBook X is powered by the latest 10th Gen Intel Core i7 processors and is the brand’s first laptop to support Wi-Fi 6 connectivity.

The X is also the first laptop to use thermal hinge triple heat dissipation to remove the need for a fan, according to Huawei, so that should help keep noise to a minimum.

The laptop features quad speakers beneath the backlit keyboard and on the bottom of the laptop for immersive sound, Dual mics at the front of the laptop, a recessed camera for privacy and a fingerprint sensor built into the power button, allowing users to switch their laptop on and log in with a single touch. The MateBook X has a battery life of nine hours.