The HTC Butterfly S has popped up on a Chinese website, VR-Zone, showing that the device will pack the front-facing BoomSound speakers that the Taiwanese company introduced with the HTC One and HTC Desire 600.

According to the leaked photographs, the HTC Butterfly S will also run the HTC Sense 5 UI featured on the flagship HTC One, complete with HTC BlinkFeed and HTC Zoe camera software.

Little else is known about the HTC Butterfly S, including its specs sheet, but could potentially pack the new UltraPixel camera technology that is one of the HTC One’s top features.

HTC is expected to launch the phablet Butterfly S handset at its June 19 press event, but we could also see the highly-rumoured HTC One Mini.

Following in the footsteps of rival Samsung, who already has a history of launching a lower spec and price version of its flagship handsets with the Galaxy S3 Mini and Galaxy S4 Mini, HTC could launch a 4.3-inch, reduced spec edition of the HTC One.

Rumoured to pack a 4.3-inch 720p HD screen and dual-core Qualcomm processor, the HTC One Mini has been tipped for an August release date. Looking very similar to the HTC One, the One Mini should retain the UltraPixel camera technology and be powered by a 1,700mAh battery.

Next, read our HTC One tips and tricks. 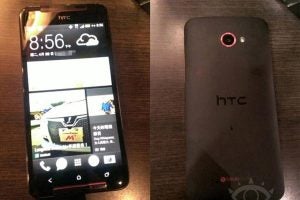