Today is the 10th anniversary of GTA 4’s release, so I thought it was only appropriate to finally go bowling with my cousin.

It didn’t get off to a great start. I didn’t do the voice. You know the one, the comedically accented Eastern European voice that Roman Bellic uses to ask his cousin to go bowling. Instead, I used WhatsApp to send the bowling invite.

I’ll admit I also failed by not ringing him up on the day. Traditionally Niko Bellic’s cousin would call up your character at a moment’s notice to offer one of his famous bowling trips. The phone calls would traditionally come out of the blue, just as you were getting into something a little interesting, the sounds of the city interrupted by Roman bellowing, “Hey cousin, let’s go bowling!”

Considering the disconnect it’s no wonder it became one of the internet’s favourite memes.

We did go bowling though, that much is true. Just look at the scoreboard below, which shows how comprehensively I was thrashed by my younger cousin. London doesn’t do trashy bowling in quite the same way as GTA 4’s New York-inspired Liberty City, so we had to make do with a more trendy setting where we found ourselves surrounded by drunk office parties and dating couples. 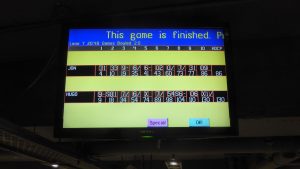 Every gamer has their year. Not too young that you have no money for games, but not too old that you have to spend all your time working a 9 to 5 to get that money in the first place. When those two features coincide you’ll see the best games of your life released, and nothing that comes out past that point will ever be able to grab you in quite the same way.

For me and my cousin, that year was 2008. It was the year of Devil May Cry 4 and Far Cry 2, of Left 4 Dead and Fallout 3. EA took big risks with Dead Space and Mirror’s Edge, Burnout went open world, and Fable 2 showed the world its vision of high fantasy. It was also the year of two of the biggest sequels of all time: Metal Gear Solid 4 and Grand Theft Auto 4. Both of these titles would gain reputations as being among the weakest of their respective series.

MGS4’s infamy took longer to build, but the tide turned against GTA 4 fairly quickly. People took issue with how effusively positive many of the reviews had been, and began to point out the game’s shortcomings when compared to GTA: San Andreas, a game running on far inferior hardware.

At the time I couldn’t have disagreed more with the sentiment. “Games are art!” I yelled in blog posts that are thankfully no longer online, “they should focus on telling grown up stories!”

People did have a point though in that GTA 4 marked a big change for the franchise. Gone were the overblown characters of the previous trilogy of games, replaced with tortured individuals whose life of crime was more tragic than heroic. 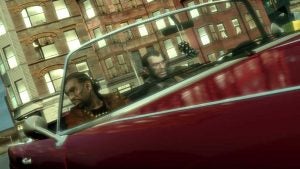 Journalists at the time appreciated this change.

“There were some plot twists that simply made me stop playing for a few hours,” said Jeff Gerstmann in his Giant Bomb review. Others put the game in the same category as critically acclaimed TV shows such as The Wire. In a video segment for the now-defunct 1up.com, Jeff Green expressed a desire to be able to retroactively pay a traffic fine because he believed so much in the world.

Yes it was immersive, yes it was ‘grown up’, but I think in retrospect it wasn’t as meaningful as many people thought. Like many of these attempts to tell ‘serious stories’, it often amounted to overly-complex plots told in worlds featuring predominantly brown colour-schemes.

All of this made the presence of Roman Bellic, with his overblown Eastern European accent and constant offers to go bowling that much more ridiculous. He was the ghost of GTA’s past trying to break through the serious tone of GTA 4. Maybe that’s why his presence is the thing the internet remembers most.

I think games were in exactly the same place we were in in 2008. They hadn’t yet gained that confidence to just be themselves, to make ‘art’ on their own terms rather than trying to imitate what art looks like when it’s in another medium.

The gaming landscape now would have been unrecognisable to us back then. While Heavy Rain and, to a lesser extent, GTA 4, sought artistic legitimacy by taking inspiration from film, modern games like What Remains of Edith Finch and Monument Valley 2 delight in their ‘gameyness’. They embrace a fantastical setting, rather than trying to build something ‘gritty’ or ‘real’.

Back in 2008 I thought being an adult meant acting like the adults around me, but I probably shouldn’t have worried so much. Games certainly haven’t, and they’re doing fine. 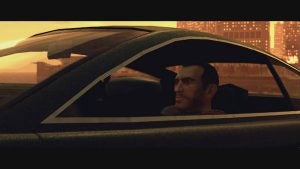 It wasn’t just their level of maturity that made 2008’s games special to me. It was also the year before the entire industry changed, and with it the idea of what a big budget game should be.

After all, just one year later in 2009 a little game called Minecraft was first released.

It didn’t do it completely by itself, but for me Minecraft symbolises the change that gaming has gone through ever since. It’s a game that puts the stories you tell above any stories that it might want to tell itself, and perhaps more importantly, it’s a game that makes sense as a multiplayer experience first and foremost.

Now the idea of a big-budget single player experience, though not dead and buried, is definitely playing second fiddle to the multiplayer-first, games-as-a-service model that has dominated ever since. Paying for the original game barely matters anymore. What’s more important is getting you to invest in the ongoing experience, in the cosmetic items that fuel the game’s ongoing development.

At one point during bowling, my cousin joked that if FFX-2 was released today its dresspheres would be sold as DLC, and I only half disagreed with him.

The difference between GTA 4 and GTA 5 epitomises both of these shifts. GTA 4 was a single-player focussed experience that tried to tell a serious story about characters that felt real in a world that felt grounded. It had a multiplayer mode, but it was a sideshow to the main event, and it took itself pretty seriously.

GTA 5 couldn’t be more different. One of its earliest missions sees you speeding along a highway, attempting to catch your son as he dangles from the rigging of a stolen yacht. Later missions see you piloting submarines and infiltrating top secret spy bases.

Its multiplayer turned from a sideshow into, if not the main event, then an equal part of the game’s appeal. GTA Online is the reason GTA 5 remains in the charts years after its original release, and while GTA 4 received two single-player expansion packs, GTA 5’s have all been for its multiplayer.

Games have changed, and for the most part me and my cousin changed with them. 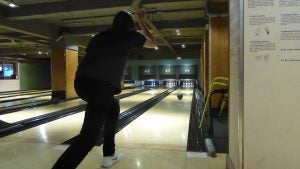 While ten years ago we could afford to spend hours at a time lost in single-player experiences and grinding for rare loot, these days we’re each lucky if we can grab a couple of hours over the course of a whole week. Even during those two hours we rarely wanted to spend it alone, opting instead to use it to keep up with friends that have since moved further afield.

I’ll admit, I went bowling with my cousin after the name of this article popped into my head, the promise of reminiscing about one of my favourite years in gaming was an added bonus.

But the more I think about GTA 4, the more I think that it was the perfect game for its time. It was a game that was awkwardly trying to find what maturity meant for games, at the same time that we were doing the same things in our own lives. In retrospect it missed the mark, but so did we on more than one occasion.

GTA 4 defines gaming’s awkward adolescence. Ten years on, it’s not a game you should be desperate to return to, but it’s a game that you should be thankful exists.