Live View is an extremely useful new Google Maps feature that guides you with augmented reality directions that are laid out on top of the real world, and Google has just started rolling it out to more users. It’s the best new addition to the app in years, but be warned − it’ll probably creep out passers by.

Live View requires access to your camera, and In order to use Live View you need to hold your phone vertically, so that Maps can analyse and (hopefully recognise) your immediate surroundings. As such, Live View only works in good light conditions.

I tried the feature out on a Google Pixel 3 this morning, and though it wasn’t quite as slick as I’d hoped (that’s understandable, as Google says it’s still in development), its potential is obvious. 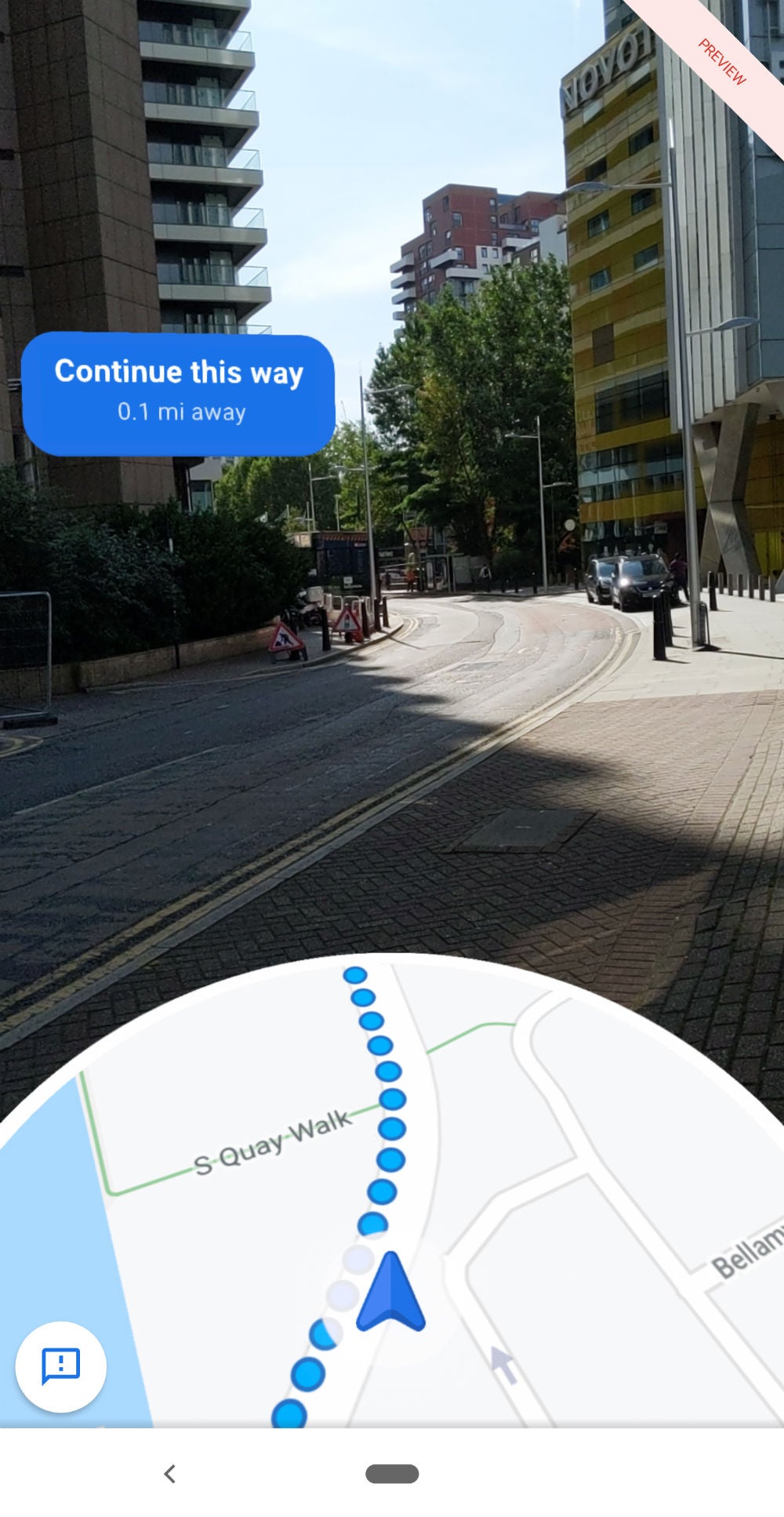 The main issue was that Maps took around half a minute to figure out exactly where I was through my phone’s camera. I had to spin around a few times and wander to and fro to give it a helping hand. Once it did determine my exact location though, the AR directions worked perfectly.

There is another potential issue though. While I was using Live View, I could see the people I was walking towards visible recoil when they recognised that I was using my phone’s camera. As far as they would have known, I was filming them.

Google seems to be aware that this could put people off using Live View, especially in busy places, so it has made it as easy as possible to switch from AR directions to regular directions. All you need to do is tilt your phone back down to a more natural position (so you’re holding it horizontally rather than vertically). To go back into Live View, lift your phone up again.

In an effort to keep you safe while you’re glued to your phone, Maps also flashes an on-screen warning that reads: “Remember to obey the law and pay attention to your surroundings, especially at intersections.”

Is Google Maps Live View available on your phone?

Though Google has started rolling out Live View to more people, the feature is limited to Android devices that support ARCore and iPhones that support ARKit. You can view a full list of compatible devices here.

Live View is already available on Google Pixel phones, but it will make its way to more compatible devices “in the coming weeks”.

How to use Google Maps Live View

If your phone is compatible with Live View, here’s how to use it: 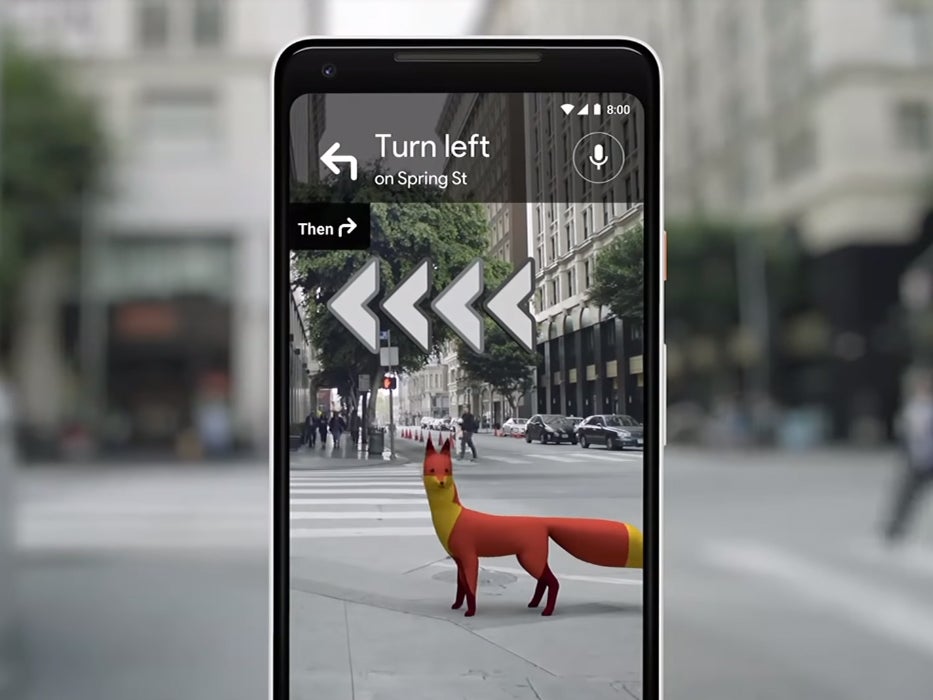 It’s a brilliant bit of functionality, and we’ve been looking forward to making use of it ever since it was first demoed at last summer’s Google I/O.

“Let me paint a familiar picture,” Aparna Chennapragada, the VP for Google Lens and AR, said at the time. “You exit the subway, you’re already running late for an appointment − or a tech company conference. That happens. And then your phone says ‘Head south on Market Street’.

“So what do you do? One problem − you have no idea which way is south. So you look down at the phone, you’re looking at that blue dot on the map, and you start to walk to see if it’s moving in the same direction. If it’s not, you’re turning around. We’ve all been there.

“So we asked ourselves: well, what if the camera can help us here?”

Google is also known to be experimenting with animated guides that you’ll be able to follow (such as the fox in the picture above), in order to reach your destination.