Each year, Google shows off its latest developments to the world at the I/O conference. And it’s almost upon us. Want to see the next Nexus phone and what Android Key Lime Pie is all about? This conference is where we’ll get a closer look at them.

In 2013 expectations are equally high and with leaks and rumours stockpiling it is time to round up our expectations for what promises to be one of the highlights of the technology calendar.

Well, to start with it is reportedly made by a different manufacturer, Motorola. It makes sense, though, as Google bought the mobile phone maker in May 2012.

There are plenty of conflicting reports on the next Nexus’s specs, though, with some suggesting it’ll have a rather more down-to-earth Snapdragon 600 processor.

New Nexus 7
Google needs a tablet as well a phone to properly show off its latest versions of Android, and it’s highly likely that a new version of the Google Nexus 7 will step into the role. However, the consensus is that the new tablet will feature a new version of Android Jelly Bean, rather than Key Lime Pie.

Analyst Ming-Chi Kuo has also released details of likely spec upgrades for the tablet. Getting up to speed with the trend for ultra-high pixel density screens, the seconds Google Nexus 7 is likely to have a 7-inch 1080p LTPS screen. LTPS is a manufacturing technique that should result in comparable image quality to the IPS screens of Apple’s iPads.

A body redesign is also highly likely – a slimmer bezel will let the new Nexus 7 compete more easily with the iPad mini and its anticipated follow-up, due later this year.

Other specs mooted include a Qualcomm Snapdragon S4 Pro CPU, and a 5-megapixel rear camera sensor. This is quite a departure from the original Nexus 7, which uses a Tegra 3 processor and no rear camera at all. However, it seems that once again Asus will make the tablet for Google.

Android 5.0 Key Lime Pie
Whatever else Google announces, nothing will grab the headlines like the next major version of Android. While we will deal with some of the key functionality for version 5.0 in the sections below, the overriding question is whether an ‘evil Android’ will finally compromise openness in favour of greater control.

The biggest hint comes this week from Motorola with executives confirming Google’s influence will see its next handsets released with stock Android, while Google itself is expected to further push its Nexus brand at mainstream consumers. Google CEOs have also been increasingly vocal about issues of Android fragmentation and, while networks have been partly responsible for this, the growing trend for major partners like Amazon, Samsung and most recently Facebook to fork Android for their own ends could finally see Google fight back. 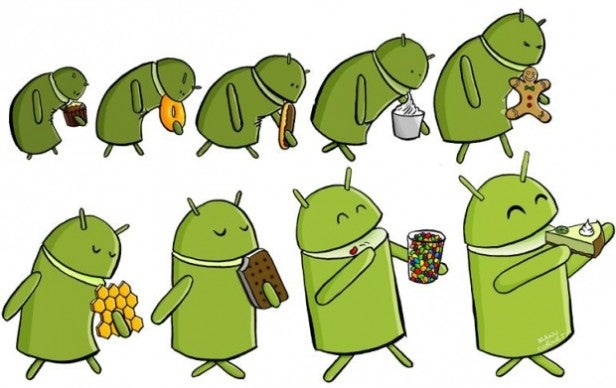 Google Babble
With leaks abound this unified messaging system it looks nailed on to make its first appearance at Google I/O 2013. Babble is expected to unite Chat, Talk, Voice and Google Plus communication into a single service with the same conversations and features available everywhere. Furthermore talk of a Google bid for WhatsApp earlier in the month suggests the company has plans to go toe-to-toe with Apple’s iMessage and BlackBerry Messenger long term.

Interestingly Babble is also said to incorporate notification syncing, a long overdue feature that dismisses notifications on all your devices once they are checked on one. Given the growing number of smart devices we carry, hopefully this will encourage other services (we’re looking at you Facebook) to follow suit. Incidentally it is unknown at this stage whether ‘Babble’ will be the final name for the new service (we hope not), but we don’t have to wait long to find out.

Google Game Center
Game Centre may be one of the worst-looking services on iOS, but its ability to unite iPhone, iPad and iPod touch gamers and simplify multiplayer gaming across these devices is beyond doubt. Hints that Google is about to follow in Apple’s footsteps broke only this week with code found in Google’s new MyGlass Project Glass app. The leaks suggest developers will mimic iOS’s multiplayer matching and social system, maintain leaderboards, allow apps to offer community prizes and tie all this info into Google.

This one seems like a no brainer to us as it is somewhere Apple is strong and Google is non-existant. Android has also struggled to provide the same number of premium gaming experiences as iOS, and Google needs to address this given the serious horsepower now available on the platform’s latest flagship phones and tablets.

Google Glass API and retail news
Glass was laughed off by many as a pipe dream when it was unveiled at I/O last year, but 12 months on these smart glasses are gathering significant momentum. With competition winners having already received their Google Glass samples, we expect I/O 2013 to provide significant updates regarding retail availability and app developer programmes. Glass was high concept in 2012, 2013 may end with it on our Christmas lists.

Google Now for iOS
Numerous Google Now clones have debuted for iOS since Google unveiled what has proved to be a real game-changer for Android handsets. Google execs have hinted Now could be coming to iOS in official form at long last and while Apple has denied it has received an app store submission we think Google will use I/O 2013 to prove it is still happy to provide its best products across multiple platforms. 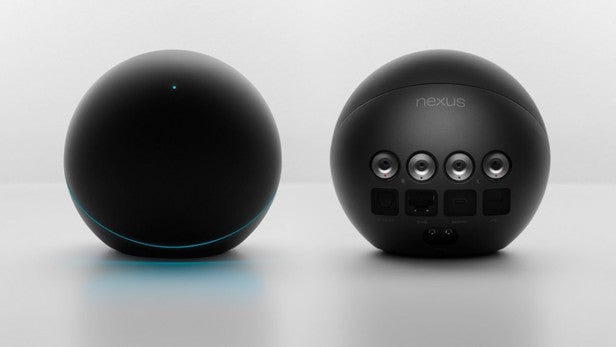 Best of the rest
While all the topics above come on the back of numerous leaks and rumours, we still hope for a few surprises. Hardware tweaks could (and arguably should) include LTE versions of the Nexus 10 and Nexus 4.

Meanwhile we’d like to see a proper Android restore system to rival iCloud whereby users who lose/buy a new device can login and see not only their apps automatically downloaded, but their folders and settings restored too. Currently rooting a device is the only way to solve this and since Google has preached its Cloud capabilities for longer than anyone else, this really shouldn’t be beyond its talents.

Elsewhere there is some talk Google may revive its Android@Home domestic appliance API released in 2011 and its Nexus Q media streamer (above) announced in 2012, but both would have to undergo significant alterations to be viable. Certainly technology is now no barrier to smart fridges, washers, freezer and robot vacuums but getting manufacturers to adopt universal standards is always a challenge. As for the Nexus Q, if Google wants a genuinely viable Apple TV rival to put its MiraCast lossless streaming standard into the limelight then it will have to slash the circa £200 asking price and bring elements of Key Lime Pie goodness.

What would you most like to see at Google I/O 2013? Let us know in the comments below.