Who doesn’t love a good console mod? Anyone that can fit an entire home console inside of a homemade, handmade shell and make it work effectively gets a massive pat on the back from us.

The Wiiboy Color, from experienced tinkerer @GingerOfMods, is a working Nintendo Wii with a full feature set that brings the vast library of Wii games to the pocket. The 3D-printed case has everything you need to run Wii games, complete with a vidid 3.5-inch, 480p IPS screen beyond anything we saw during the GameBoy era.

The other components were cut down (literally, the motherboard was sliced into three pieces) to a bare minimum to ensure a snug but workable fit within the case, which also offers dual analog sticks, a D-Pad, four buttons and triggers on the rear. 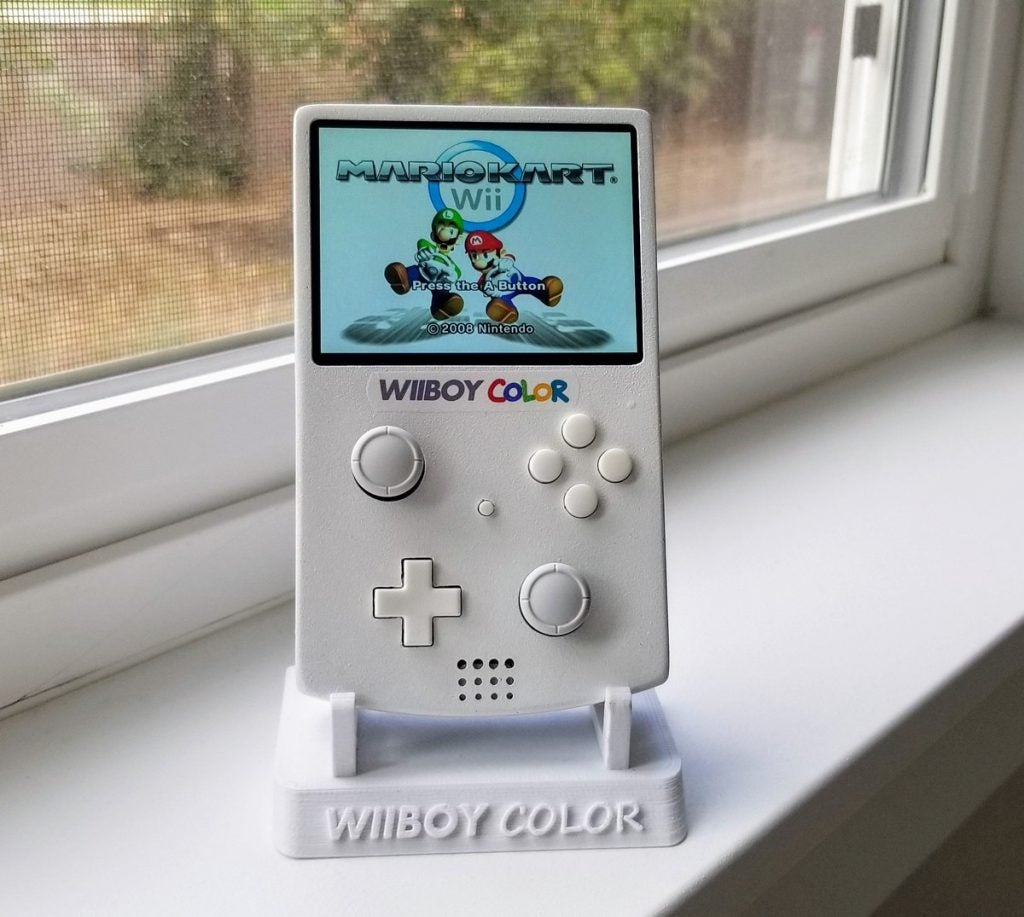 The controls are a combination of DS Lite buttons and Switch Joysticks, while the circuitry comes from a GameCube controller. The latter even enables the controller shaking required in some Wii games to be supported.

GingerOfMods bypassed the need for the optical drive and used custom-designed circuit boards to bring everything together. There’s also a USB-C charging port, 3.5mm jack and an LED light to indicate the charge level for the 2-3 hour battery life. This can also be extended via a USB-C battery pack.

Digital game ROMs are added simply by plugging into a computer and transferring them over to the internal USB stick. The awesomeness doesn’t stop there. The Wiiboy colour can be plugged into another Wii, enabling gamers to continue from save points and access motion controls using a Wiimote.

As an added bonus, the Wii is also backward compatible, meaning you can play Gamecube games too, as well as retro titles courtesy of the Wii’s virtual console.

Ginger says he wanted to use an original case, but found it easier to custom design his own to assist with assembly and to fit in larger batteries. Overall, we’d say he made the right choice. This is awesome.