The Game Awards 2018 saw the surprise announcement of Far Cry New Dawn, a new entry in the long-running series that takes us into the post apocalypse. Taking place after the explosive events of Far Cry 5, you’ll explore a battered, broken and incredibly colourful world alongside other outlaws trying to survive.

Only a small amount of information has been revealed thus far, although the release is now only a couple months away. Trusted Reviews has compiled everything we know about Far Cry New Dawn including all the latest news, gameplay, trailers and more. 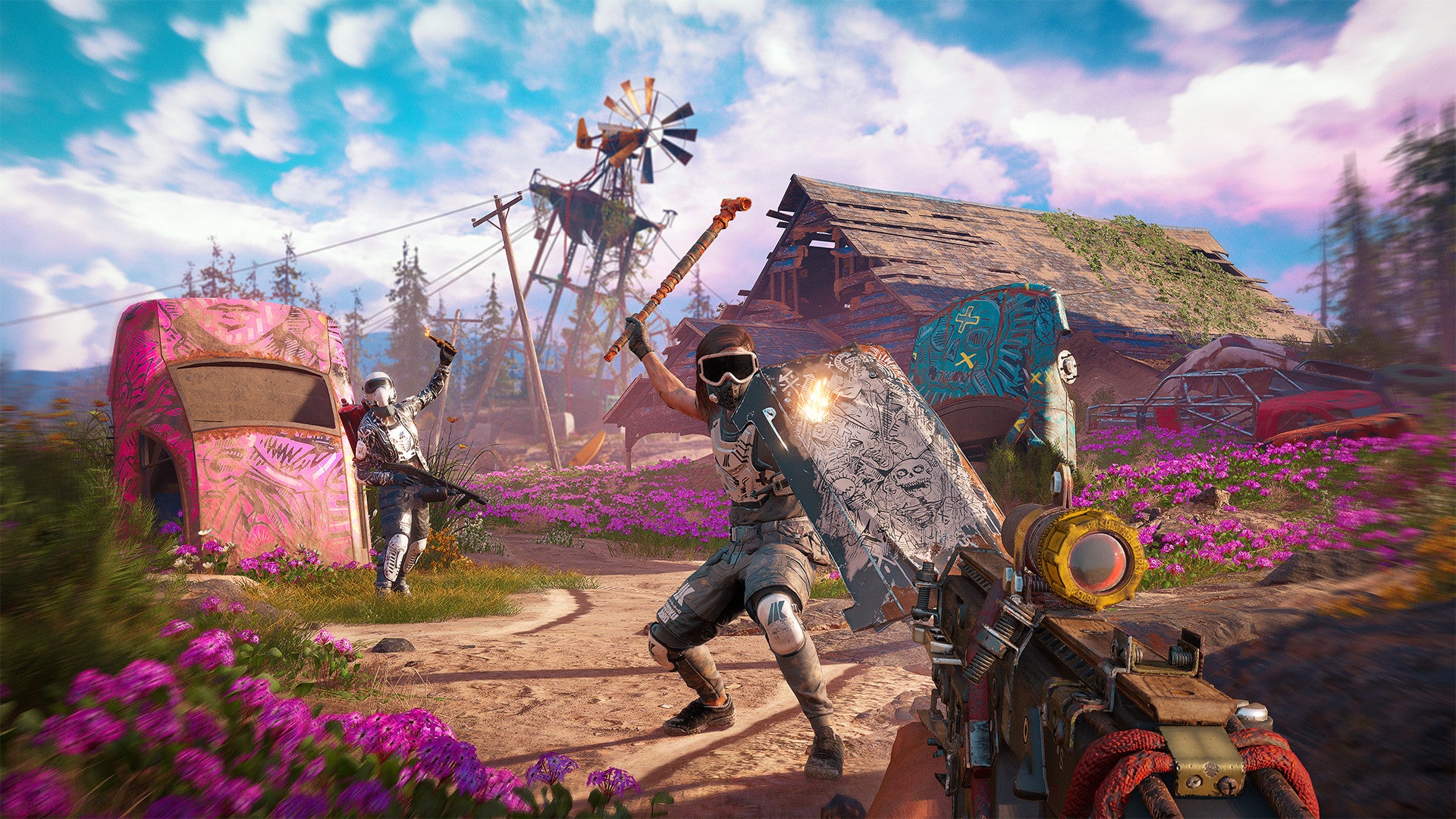 Far Cry New Dawn – What is it?

Be warned, there are spoilers for Far Cry 5 ahead. The conclusion of the last instalment saw the world plunged into nuclear armageddon. Which, funnily enough, had nothing to do with the insane cult you spent the entire game fending off. Instead, it seems relations across the world have gone sour, and you’re here bathe in the aftermath.

Taking place seventeen years after Far Cry 5, ‘The Collapse’ has seen Hope County, Montana transformed into a hellish wasteland occupied by hostile bandits and other unusual threats we’ve yet to see unveiled. With any luck, the narrative will reveal the fate of Joseph Seed and The Deputy from the previous game.

Far Cry New Dawn Release Date – When is it coming out?

Ubisoft has confirmed that Far Cry New Dawn will be launching for PS4, Xbox One and PC on February 15, 2019, joining the supremely busy Spring period.

Far Cry New Dawn Trailer – How does it look?

You can check out the debut trailer for Far Cry New Dawn below:

Far Cry New Dawn Gameplay – How does it play?

New Dawn makes use of a reimagined version of Hope County, Montana. Knowing this, seasoned players of Far Cry 5 will likely recognise a number of locations, albeit devastated by a bunch of nuclear bombs. This sounds like a clever twist on a familiar location, and hopefully breathes enough new life into proceedings to feel fresh and exciting.

Your character’s gender and clothing can be customised to your liking, hinting that we’ll once again be dealing with a silent protagonist who can team up with friends and strangers online to cause untold chaos. Other systems, such as the ability to summon human/animal companions also returns. Hopefully there’s some clever new additions to look forward to.

Once again, the open world will be littered with outposts you can liberate. After taking them over you’re free to purchase weapons and call on the help of allies to make things a little easier. Treasure Hunts and other enjoyable activities will also return. It seems New Dawn will be a fun and familiar escapade, and we’re definitely down for it.

Fingers crossed that Ubisoft has a handful of surprises in the works in the form of new missions, vehicles and weapons for us to delve into. The customisation system for weapons in past games was wonderful, offering you countless avenues to approach any given situation. This is what Far Cry is all about, and any expansion of that is very welcome.

Are you looking forward to Far Cry New Dawn next month? Let us know on Facebook and Twitter @trustedreviews.