Paper Mario: The Origami King is one of the highest profile Switch exclusives of the year, and with its laugh-out-loud comedy, we recommend all Nintendo fans give it a go.

Despite its relativity friendly difficulty level, there are still a couple of things I wish I knew about the new Paper Mario before giving it a whirl.

To make your experience with The Origami King as enjoyable as possible, I’ve rounded up some tips and tricks to help you smash your way to success.

1 – Don’t worry too much about coins

There’s no denying that coins are important in The Origami King, as they can be used to buy weapons and accessories, give you a helping hand in combat, and even secure some rare collectibles late on.

Knowing this early on, I ended up shaking every tree, bush and Shy Guy in sight in order to hoover as many coins as possible. However, my bank account soon reached Bezos levels since there’s such an abundance of coins within the Mushroom Kingdom, whether that’s from combat encounters or fixing gaping holes in the game world with confetti.

2 – Buy accessories and make sure to equip them

There’s sadly no RPG-esque progression system in the new Paper Mario, but that doesn’t mean you can’t boost Mario’s strength. Select merchants will sell you accessories, which can increase your weapon damage as well as extending the time you have to solve puzzles in combat. Some accessories will also alert you when a hidden Toad or collectible is close by, making them invaluable to completionists. Buy them whenever possible, as they are well worth the cash.

Owning an accessory isn’t enough to benefit from these perks though, as you’ll have to dive into your inventory in order to equip them. You’re also only allowed to activate a limited number of accessories simultaneously too, so make sure you pick the best pairings. 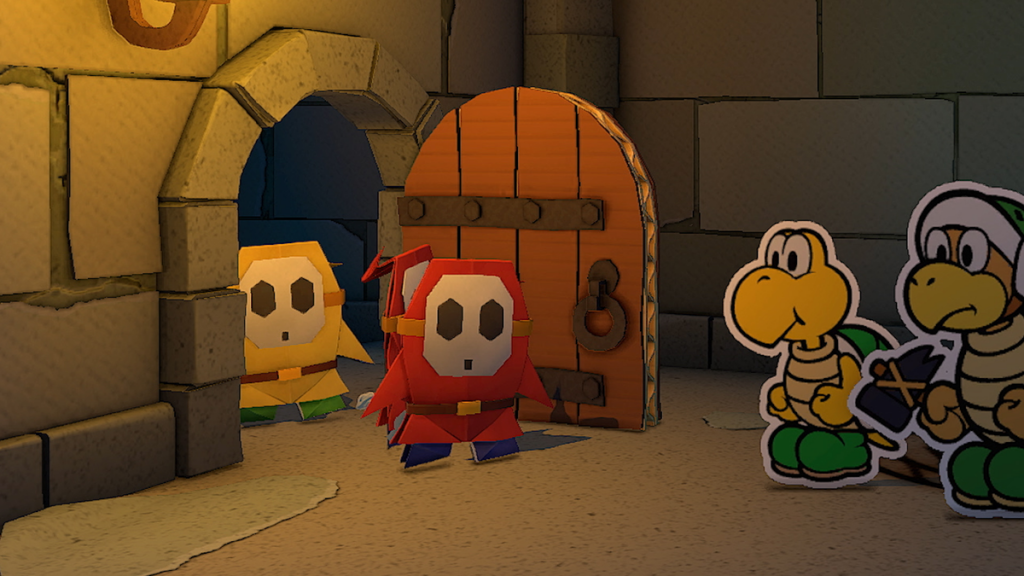 The Origami King tells you early on that you can use either your hammer or jump attack to damage enemies. However, not every enemy type can be damaged with both methods.

Spiked foes, for example, will actually inflict damage if you try jumping on their noggin’, while airborne critters are just out of reach of your swinging hammer. It’s important to recognise what enemies are on the battlefield before organising them into rows that favour one of Mario’s two attack options.

That said, you can buy metal boots that allow you to jump on spiked enemies, as well as throwing hammers to hit out-of-reach villains, but such weapons will break after extended use so it’s recommended you only use them when needed.

Paper Mario offers you the capability to request a tip from your sidekick Olivia by pressing X. Those who don’t like to be challenged may refrain from doing so throughout the adventure, but I really advise against that mindset.

Some of the environmental puzzles can be pretty tricky in The Origami King, requiring you to smash a random panel or speak to a character you previously missed. Fortunately, Olivia won’t spoon feed you the answer when you request a tip, instead teasing the solution so you’re at least on the right track instead of aimlessly wandering around the Mushroom Kingdom.

Olivia’s tips especially come useful in the desert, where there’s a vast area to explore and many hidden items buried underneath the sand. Just do yourself a favour and save time rather than adhering to your ego. 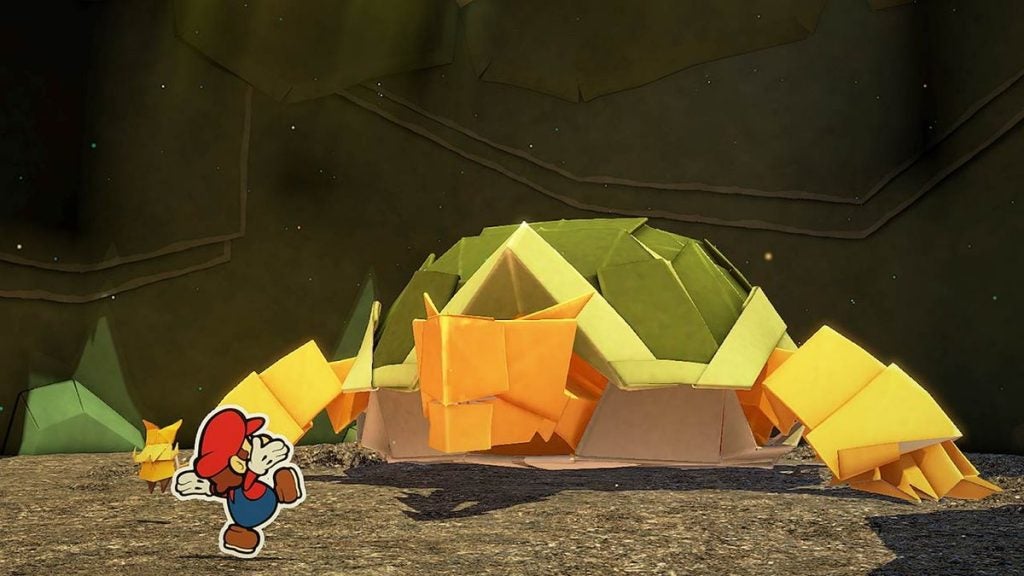 5 – Take your time with boss battles

There are quite a lot of boss encounters in The Origami King, and they vary drastically to the normal combat. Instead of grouping up enemies with the rotating platforms, you’re instead tasked with navigating your way towards the enemy so you’re close enough to give them a wallop.

Certain bosses will need some brain power to overcome, as it’s not as simple as dealing normal damage to them. The further you progress in the game, the more you’ll need to make use of the Magic Circles, which can deal elemental damage as well as allowing Mario to bend, fold and pull at the enemy’s origami form.

Fortunately you’re given an extended time window to think on your next move in boss battles, so I recommend you take as much time as possible before putting Mario at risk. If you hit “?” panels, you’ll also be given a hint of how to overcome the boss, which will save you a lot of time in the long run. I also suggest you scoop up as many health items as possible, as you can only jump into your own inventory if you land on a combat tile, which are better used to give your opponent a beating.