In just a few short weeks, George’s R R Martin’s epic saga about war, treachery and dragons will come to an end (the show of course, the books will never be finished). Over the last eight years, Game of Thrones has evolved to become one of the most important and critically acclaimed shows in television – but do all of seven seasons hold up today?

Before we take one last stroll through Westeros and beyond, now is the best time to see which seasons have aged like a fine Arbor gold and which have grown foul like a bad case of grey scale. It should go without saying, but you can expect plenty of spoilers ahead.

Read more: How to avoid Game of Thrones spoilers online

As anyone who has read the books will tell you, a key aspect of George R. R. Martin’s series is his unflinching attention to detail – necessary for world building, even if it does result in seeing characters spend most of their time getting from point A to point B.

Season 7, unbowed by conventional wisdom, threw that rulebook out the window and effectively became a Game of Thrones pinball machine. Look guys, Daenerys is over there! No wait, she’s over here! In an effort to meet the season’s shorter episode count, every major character traverses the Seven Kingdoms at the pace of Sonic the Hedgehog. A mess in hindsight with few redeemable moments.

Best episode: If there’s one shining grace to Game of Thrones’ seventh season, it would have to be The Spoils of War. As far back as season one, Robert Baratheon warned that only a fool would meet the Dothraki in an open field, and we finally got to see why. With thousands of Dothraki soldiers hurtling towards them, the Red Army didn’t stand a chance. With George R R Martin’s books being written at a snail’s pace, it was only a matter of time until the show outpaced its source material. That fateful moment (for the most part) came in Game of Thrones’ fifth season.

Venturing into new territory was always going to be a risky endeavour, but by the time season six rolled around, the show had found its stride again – we just had to endure some terrible writing to get there. The biggest misstep is clearly the Dorne storyline, or should I say Cooper and Darnell’s desert heist? Bronn and Jaime’s trip into Dorne feels like a medieval buddy cop movie, and not in a fun way either.

Best episode: For its many shortcomings, season five managed to pull an absolute winner with Hardhome. Delving right into an event that is only heard about in the books, we finally get to see what went down at the Wildling’s encampment, and it’s nothing short of terrifying. At this point, we’d only seen the Army of the Dead’s might in dribs and drabs, but Hardhome pulled back the curtain and gave us something unforgettable.

I’m sure that there are some die hard fans of the show who right now are disgusted that season three is so far down on this list, but let me ask you – aside from the Red Wedding, what else does season three have to offer?

It’s certainly not a bad season by any measure, but with the exception of well documented matrimonial woes, it lacks for memorable scenes. Plus, any repeated viewings result in you being subjected to Theon’s torture storyline again, which was an agonising watch in the first place. You keep your sausage away from me Ramsay Bolton.

Best episode: It should comes as no surprise to anyone that The Rains of Castamere is an absolute gem and can best be described as a master class in building tension. As the titular song sweeps into the Frey’s dining hall, only Catelyn Stark (and anyone who had read the book beforehand) seemed to know what was about to happen. Ever since then, no Game of Thrones fan has ever attended a wedding without locating the nearest exits first. 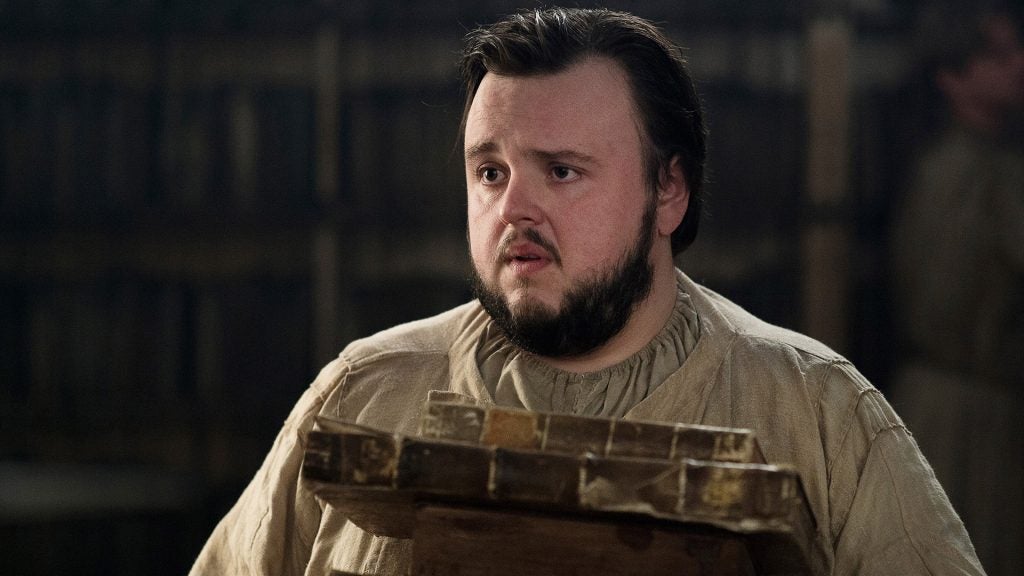 Looking back at season one today, most fans are left with the same lingering question: “was the cast really that young?”. Tensions must have been high during the production of this first season, after all, Game of Thrones wasn’t a household brand at the time and the show was by no means guaranteed to be a success. As we know now however, all that hard work (and a hefty budget to boot) paid off, and we owe it to the fantastic groundwork laid by the very first season.

Careful not to unveil its fantasy card just yet, season one spent most of its time building the relationships between characters, which in turn allowed the world to be built around them. Plus, it’d be amiss not to mention Mark Addy as King Robert, which may be one of the best casting decisions the show ever made.

Best episode: Season one has its fair share of great episodes, but for my money, You Win or You Die takes the cake. The show’s reputation for twists and turns could arguably be traced back to this very episode, with Ned Stark’s revolution seeming like a sure thing until those last few moments. it’s a great episode for it.

If you weren’t watching each new episode of season six as it came out, you didn’t stand a chance. Emboldened by rampant media coverage of Jon Snow’s death, any and all spoilers seemed to be fair game by this point.

Still, season six was a blast nonetheless, and for the first time in a while it featured several Game of Thrones baddies getting their just deserts. After several seasons of unabashed misery, it was great to finally see the tables turn in favour of our heroes.

Best episode: Given that Battle of the Bastards is my favourite Game of Thrones episode yet, there isn’t much of a debate to be had. With the series’ best use of cinematography on full display, the episode has you on the edge of your seat and doesn’t let you go. And despite the level of chaos happening on screen, Battle of the Bastards actually uses less CGI than you’d think. That mesmerising shot of Jon Snow facing off against a line of charging cavalry? That’s the real McCoy my friend. 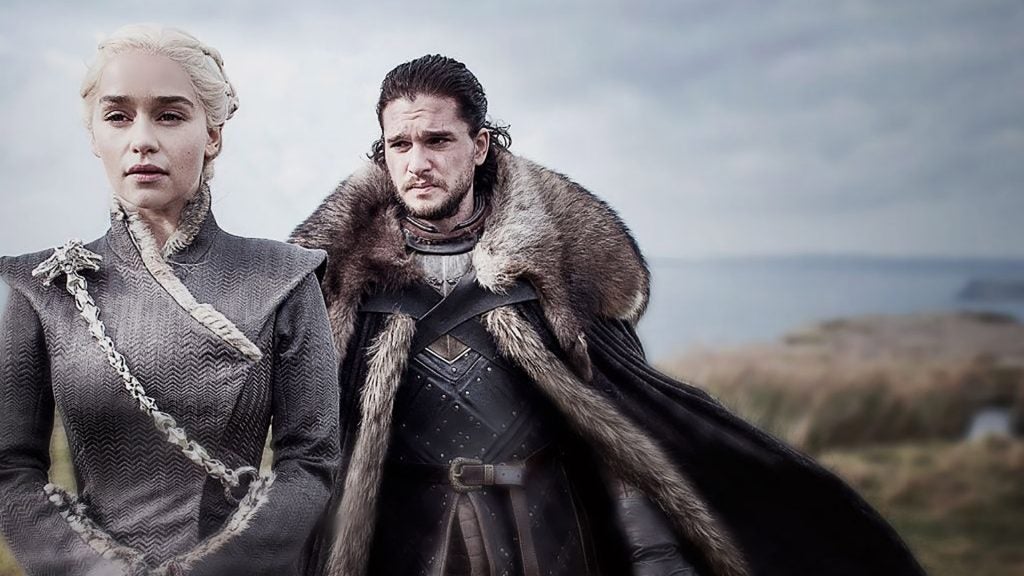 If season two didn’t automatically make Tyrion your favourite character, then you should probably give it another watch. Peter Dinklage owned this season, turning in one hell of a performance as the temporary hand of the king.

Don’t forget that to this day (and to our knowledge), Tyrion is the only one who managed to outsmart the entirety of the small council, that ragtag band of schemers and plotters who had previously caused nothing but grief. Throw in the fact that we got to spend a lot more time with the equally brilliant Bronn and you’ve got yourself one heck of a season.

Best episode: Serving as the perfect culmination of Tyrion’s character arc in season two, Blackwater also gave us our first proper battle sequence of the series. And yet, unlike something that you might see from a cinematic blockbuster, there are heroes to root for on both sides of the battle. Being actively engaged in what happens to both Tyrion and Davos shows just how rich Game of Thrones’ ensemble cast is, particularly when they’re pit against one another.

Where do you even start with season four? The gruesome clash between the Mountain and the Viper, or maybe Tyrion’s moving speech at the climax of his trial? No matter where you look, this season is littered with moments that have now seeped into the very fabric of pop culture.

In just ten episodes, showrunners David Benioff and D. B. Weiss not only outdid themselves with regards to the previous seasons of Game of Thrones, but they also helped to define what we now describe as the new golden age of television. As if that wasn’t enough, this season also gave ‘reaction’ videos the best content they’ve had in years. I guess the Purple Wedding is just the perfect piece of schadenfraude.

Best episode: You could make a valid argument for almost any episode of season four taking this top spot, but it has to be The Watchers on the Wall. You want high-stakes action with amazing choreography? Check. How about an emotional touch that adds meaning to the battle? Tick that box too. The Watchers on the Wall aims high and just knocks it out of the park. The episode even manages to achieve the impossible by making Ser Alliser a likable character – even if it is just for a few minutes.

Which season is your favourite? Let us know @TrustedReviews on Twitter.