Samsung Galaxy S21 vs Samsung Galaxy S20: If you want to know how Samsung’s new flagship phone for 2021 stacks up against last year’s offering, then these are the key differences you be aware of.

Even the unprecedented events of 2020 couldn’t stop the rumour mill from churning, as we’ve been privy to no shortage of leaks about the Galaxy S21 range. Now that the curtain has been officially pulled back on the new Galaxy S21 however, we finally have a definitive look at how Samsung’s latest device compares to the much loved Galaxy S20, which topped our best phone list when it first launched.

Samsung really outdid itself last year as the Galaxy S20 provided a huge technological leap over the S10, and while you’ll have to wait a bit longer for our final score and review, these are the core highlights that separate the Galaxy S21 from its predecessor.

While some fans may see this as a downgrade, there’s a case to be made that it could be a much needed improvement for the S21’s quality of life. Unlike the Galaxy S20, which featured a 6.2-inch QHD+ OLED display, the S21 will keep the same size but swap out those specs for FHD+ AMOLED.

For the money, you’ll still be getting a gorgeous display – complete with a 120Hz refresh rate – but the lower scale FHD+ technology should allow the S21’s battery to stretch just that bit longer. One of the problems we had with the S20 was that as soon as you switched over to the 120Hz mode, the battery would begin to drain at an alarming rate as it forced the phone to render more images per second, even when there was no benefit – so this could be Samsung’s way of remedying this issue.

Given that the S20’s triple-camera set-up was such a huge step forward over the Galaxy S10, we would’ve been surprised to see another similar leap two-years in a row. Instead, Samsung has gone down the Pixel route here, keeping more or less the same specs on paper (an ultra-wide 12MP, a wide 12MP and a 64MP telephoto lens) but offering a more refined version of last year’s experience using clever AI processing improvements. 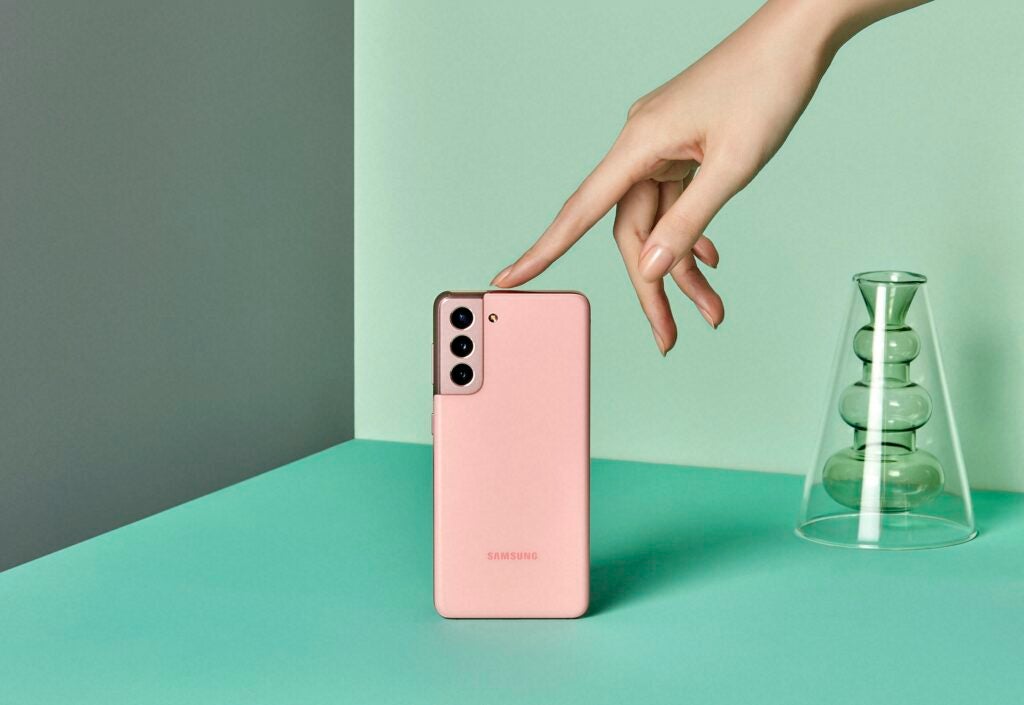 On the surface Samsung has done away with the rather ugly camera bump of last year which arguably reached a crescendo with the Note 20 Ultra. As a replacement we have a camera module that is embedded within the chassis, albeit with a different material surrounding it to draw your attention to the camera and add a bit of flair to the back of the device.

3. A higher storage option for the S21

This feels like a no-brainer given that 128GB is fast becoming the standard and even then, some users are finding ways to fill that up in no time. If you find yourself among those folk then you’ll be glad to know that the Galaxy S21 has two storage options, 128GB and 256GB.

Samsung made a big deal about the new ‘Mystic’ colour schemes of the Note 20 Ultra, and it seems as though the company has made a similar play with the S21. This time however, the ‘Mystic’ branding has been swapped out for a new ‘Phantom’ aesthetic – whatever that means.

Vague branding aside, the Galaxy S21 will come with a bunch of new designs including Phantom Pink, Phantom Violet, Phantom White and Phantom Gray. Out of the designs on offer, we’re a tad partial to the Phantom Violet option for its unique contrast with a rose gold camera module.