The tech world has been plunged into chaos by revelations that the Facebook data of 50 million Facebook users was misused to target political ads for the 2016 presidential election. We’ve collected together everything you need to know about the scandal, including responses from Facebook, Cambridge Analytica, and the British government.

Last Updated (Thursday March 22): Mark Zuckerberg, Facebook’s CEO, has finally addressed the scandal for the first time. In a series of interviews on Wednesday he addressed people’s concerns by promising that the platform would change the ways third party developers could access and use Facebook profile data. We’ve updated the article below with his pledges.

Unless you’ve been following the story since it first broke in December 2016, it can be easy to lose track of the dozens of different individuals and companies involved in the scandal. Depending on who you ask, this is a scandal about Brexit, about the 2016 presidential election, about Russia, or about a combination of all three.

We’ve broken down everything you need to know about the story, from the allegations against Cambridge Analytica, to Facebook’s response, and finally to who is in the wrong.

Fundamentally, Cambridge Analytica is alleged to have misused the Facebook data of up to 50 million users in its work to “change audience behavior”.

Here’s how it happened, according to the Observer. While working at Cambridge University, a psychology lecturer called Aleksandr Kogan developed an app called ‘thisisyourdigitallife’, which paid Facebook users to take a personality test.

Kogan’s company was called Global Science Research (GSR), and it was enormously successful at harvesting users’ data. The Observer claims that 320,000 people completed these personality surveys, while Facebook‘s estimation is slightly more conservative, at 270,000.

By downloading the app and completing Kogan’s tests, thisisyourdigitallife users didn’t just hand over all of their Facebook data, but also that of their Facebook friends. On average, each person that completed a personality survey on the app handed over the data of 160 Facebook users − 50 million altogether.

Once this data was collected, it’s then alleged that GSR sold it to Cambridge Analytica’s parent company SCL.

Cambridge Analytica is then alleged to have used this data to target ads for both the UK’s Brexit Leave campaign and Trump’s US election campaign — both of which had very effective social media strategies that put the most effective adverts in front of the most receptive users.

Beyond this misuse of data, Channel 4’s documentary alleges that the company boasted of a number of other unethical services it could offer, including entrapping political rivals by sending girls round to their homes and filming it, or offering them bribes. 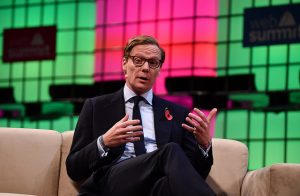 Although Cambridge Analytica’s work has been described as “grossly unethical”, it’s how the company came to obtain this information that’s the focus of the current scandal.

Many of the Facebook users who downloaded Kogan’s app would have believed their data was to be used by GSR for academic purposes. Others might not have realised their data would be collected at all.

If GSR then turned around and sold this data to SCL, then it would have been using the data for purposes other than what was originally said to users, which would have broken data protection rules.

Facebook, meanwhile, is adamant that Kogan violated its platform policies “by passing information on” to third parties.

Kogan is claiming that he’s being unjustly blamed by both Facebook and Cambridge Analytica. In an interview with Radio 4’s Today programme he said that he thought he was being used as a “scapegoat” by the companies, and claimed that Cambridge Analytica approached him for the data and assured him the data collection was completely legal and routine.

Facebook’s entire business model is based advertising and data. The reason it’s such a successful service is, firstly, its users tend to spend a lot of time on the platform (meaning more time spent looking at adverts), but also that it has a lot of information on each of its members.

It’s this treasure trove of information that Facebook has collected over the years, which allows the social network to make so much money from advertisers. After all, no company wants to spend money advertising nappies to people who don’t have children, and Facebook’s advantage is that it can offer companies very specific ad targeting. 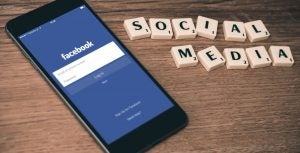 Regarding the Cambridge Analytica scandal, Facebook insists it hasn’t been hacked and its security systems haven’t been breached. In fact, it has clarified that Kogan gained access to Facebook users’ details in a perfectly legitimate way.

However, a Cambridge Analytica employee who claims to have been contacted about this by Facebook’s lawyers alleges that the social networking firm made no effort to ensure that the data was actually deleted in the end.

There are also claims that Facebook downplayed reports of the incident to regulators.

Despite the ambiguities, a large backlash to the social media giant has now formed. The hashtag ‘#deletefacebook’ started trending on Twitter on Monday 19th March, and the company’s share price has taken a big hit as a result of of the report.

Does this have anything to do with Russia?

Throughout all of these news reports, the spectre of Russian interference in the American election and the Brexit vote looms. However, the new allegations don’t include any concrete evidence that Russia was involved in the data analytics work. Instead, what we’ve been offered are a number of tangential connections.

The psychology lecturer behind the ‘thisisyourdigitallife’ app, Aleksandr Kogan, is an associate professor at St Petersburg State University, and has received grants from the Russian government. Kogan has claimed that any accusations he is linked to the Kremlin are ‘laughable’.

Elsewhere, it’s been alleged that Cambridge Analytica pitched for work with Lukoil, Russia’s second biggest oil producer, which has links to Putin. However, it does not appear that it ended up completing any work for them.

At the moment it seems that while there could be Russian element to the story, it’s by no means concrete.

Related: How to stop apps from accessing to your Facebook data

In a series of interviews as well as a blog post, Facebook CEO Mark Zuckerberg expressed regret that the data misuse had occurred and promised that the rules around third-party access to Facebook data would be changed.

For example, developers will no longer be able to access the data of inactive users, and will only get access to the names, profile photos and email addresses of users who do choose to give the data. The platform will also make it easier for users to revoke app access to their data.

However he also said that since Kogan’s app harvested this data, Facebook’s rules have already changed to prevent harvesting of this scale. Zuckerberg called this one of “the most important steps”.

Additionally, the company suspended Cambridge Analytica and SCL from the platform.

Facebook has categorically denied that this constitutes a “breach”, as the data was handed over by users voluntarily and no systems were infiltrated, but that hasn’t stopped the company’s share price from tumbling by around 10% over the course of the crisis.

How has Cambridge Analytica responded?

For its part, Cambridge Analytica has said that has not ever had or used private Facebook data. The company’s former CEO Alexander Nix made these statements to the British government’s parliamentary inquiry on fake news.

He said that the company had a relationship with GSR, but that none of the its data came from that source.

However, as a result of the scandal, and the comments Nix was recorded as saying in Channel 4’s investigative report, the CEO has now been suspended from the company. However the company has still not admitted to any wrongdoing.

The Observer’s piece claims that its journalists have seen evidence that Cambridge Analytica did in fact have the Facebook data of 50 million users. This evidence reportedly includes a letter sent from Facebook to a Cambridge Analytica employee telling him to delete the data, and directly contradicts the company’s official position.

In a blog post on Monday, Facebook said it had hired an independent auditor, digital forensics firm Stroz Friedberg, to discover whether the data has actually been deleted by Cambridge Analytica.

Facebook wrote: “If this data still exists, it would be a grave violation of Facebook’s policies and an unacceptable violation of trust and the commitments these groups made. We are moving aggressively to determine the accuracy of these claims.”

How has the British government responded?

For its part, the British government has expressed its concern, summoned Facebook CEO Mark Zuckerberg to appear before a committee investigating fake news, and thrown its weight behind an ongoing investigation by the Information Commissioner’s Office (ICO).

Politicians appear to be concerned that Facebook has not been straight with them about the risks of companies acquiring and using its users’ data. In language befitting a teacher scolding a student, Damian Collins MP wrote, “It is now time to hear from a senior Facebook executive with the sufficient authority to give an accurate account of this catastrophic failure of process…Given your commitment at the start of the new year to ‘fixing’ Facebook, I hope that this representative will be you.”

Additionally, the ICO has ordered Facebook to cease its audit of Cambridge Analytica in case this process impedes the ICO’s investigation.

Cambridge University has also announced its own investigation into psychology lecturer Aleksandr Kogan, who is alleged to have originally put together the Facebook app that harvested people’s data. He has not, however, been suspended from his role at the university. 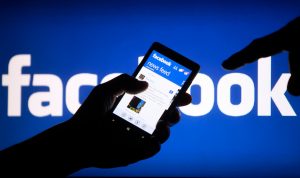 What does this mean for your data?

To a certain extent, the damage has already been done. The offending Facebook app was removed from the platform back in 2015, meaning that all the data it could access has been hoovered up already.

Using Facebook inevitably involves sacrificing some of your privacy. Every one of your Facebook ‘Likes’ helps to build a profile of you as a consumer, which companies can then use to advertise to you.

But in order to prevent the kinds of data harvesting that GSR conducted, you should avoid giving any apps access to your Facebook data, because it appears there’s no guarantee of what it might end up being used for — even if the app itself is backed by researchers at established universities.

The impact of these revelations is only just starting to be felt, but it’s clear that big changes in the law are going to be needed if this sort of thing is going to be prevented from happening again in the future.

Do you think it’s ethical for a company to use your Facebook data to effectively advertise political parties? Let us know @TrustedReviews