The EU has temporarily pulled plans to roll out free roaming across European Union countries, just months before the scheme was set to go live.

The European Commission has just withdrawn plans that would have limited the removal of continental roaming charges to a 90-day period. The decision comes after critics slammed the ‘fair use’ policy as bad news for consumers.

It appears that the EU still intends to roll out the scheme, but is now revising the plans to assuage concerns about the proposed 90-day limit. A Commission statement reads: “The Commission services have, on the instruction of President Juncker, withdrawn the draft and are working on a new version.”

Last year, the EU announced plans to lower the price cap on roaming charges in April 2016, with a view to scrap fees across all 28 EU member states entirely on June 15, 2017. But the EU’s latest proposal, first outlined on Monday, would have let mobile networks charge customers who were using their phones abroad for either (1) more than 30 days in a row, or (2) more than 90 days in a single year.

This was in a bid to stop customers shopping for cheap network deals in other countries, and effectively importing them to their home nation, which risks creating a race to the bottom in pricing. Speaking to TrustedReviews about the EU’s plans to scrap roaming earlier this year, Rishi Malhotra, Three’s Lead International Product Manager, said: “If that fair usage policy was really flexible, operators would start leading to a loss.” 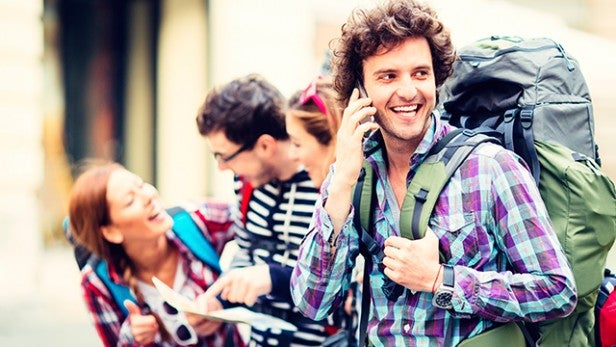 European Union plans to scrap roaming should still go ahead

On Wednesday, before the decision to scrap the new proposals was made, Juncker’s spokesperson Margaritas Schinas said: “Let me be very clear, we have to put an end to roaming. Roaming means travelling, means moving around the European Union, going on holiday. The Europeans who travel do so on an average of 12 days per year. The Commission, with our guidelines, have gone much further by abolishing roaming charges for at least 90 days per year.”

As of April 30 this year, the maximum charges for UK customers roaming in the EU are set at:

They’re far below to the old pre-April prices, which were as follows:

“Contrary to some media reports, roaming charges are going to disappear entirely by June 2017. Period,” said Alexander Winterstein, a spokesperson for the Commission, speaking at a press conference. He added: “.”

The news comes as concern in the UK grows over whether Brits will benefit from the plans to scrap roaming charges after voting to leave the EU back in June. Britain has yet to trigger Article 50 – the legislation that begins the process of leaving the EU – and so could remain a member of the EU when the roaming charges are scrapped next year.

Speaking to TrustedReviews earlier this year, Oliver Topley, Three’s Head of Market Insights, explained that while phone networks could backtrack, much of the groundwork has already been laid for the transition. That means it could be more effort than it’s worth to scrap EU plans so late in the game.”

“My understanding is that the arrangements that exist at the moment will be in place for a while, and actually if we are going to leave the EU then it will take a lot of time to unwind those regulations,” Topley added.

The European Commission has not announced any delays to the original proposal’s launch timeframe.

Tell us what you think of this story in the comments.