Tesla CEO Elon Musk has unveiled the second part of the Secret Tesla Motors Master Plan, laying out his vision for the company’s future.

In a post on the Tesla website, Musk explains how his current ‘master plan’, devised 10 years ago, is now nearing completion, writing: “The point of all this was, and remains, accelerating the advent of sustainable energy, so that we can imagine far into the future and life is still good”.

And it seems the company will continue working toward that objective, as Musk’s post outlines plans for a combined Tesla and SolarCity – the US energy company that Tesla offered to acquire last month – which will allow the firm to create a “solar-roof-with-battery product” which people can have installed on their homes.

Of course, many will be curious about the future of the company’s Autopilot system, which allows Tesla cars to drive autonomously on motorways – especially following the first reported death as a result of the system in May.

Although Tesla already responded to criticism following the death of Joshua Brown in Florida as a result of an Autopilot issue, Musk takes time to defend the system, which he stresses is still in beta form, in his blog post:

“ simply for fear of bad press or some mercantile calculation of legal liability.”

Commenting on the time it will take to see fully autonomous cars hit the road, Musk writes: “Even once the software is highly refined and far better than the average human driver, there will still be a significant time gap, varying widely by jurisdiction, before true self-driving is approved by regulators.”

According to the SpaceX CEO, gaining regulatory approval for full autonomy will require the company to test the Autopilot system, which feeds information back to Tesla HQ, on 6 billion miles of road, with “current fleet learning happening at just over 3 million miles (5 million km) per day”.

He also outlines his vision for ‘fail operational capability’: “As the technology matures, all Tesla vehicles will have the hardware necessary to be fully self-driving with fail-operational capability, meaning that any given system in the car could break and your car will still drive itself safely.”

Watch: Should we trust Tesla Autopilot?

Related: What is Tesla Autopilot

Aside from plans to integrate energy generation and storage, and the autonomous driving ambitions, it seems Tesla will be expanding production into forms of ground transportation other than its current line-up of electric cars: The Model S, Model X, and new Model 3.

On top of that, there are plans for a “Tesla Semi”, which Musk says will lead to a “substantial reduction in the cost of cargo transport.”

, with Musk writing: “When true self-driving is approved by regulators, it will mean that you will be able to summon your Tesla from pretty much anywhere.”

There are also plans to allow customers to use a smartphone app when they are not using their car, telling their autonomous vehicle to pick up other travellers and generate income for the owner.

Musk sums up the new plan thusly: “So, in short, Master Plan, Part Deux is: Create stunning solar roofs with seamlessly integrated battery storage, expand the electric vehicle product line to address all major segments, develop a self-driving capability that is 10X safer than manual via massive fleet learning, enable your car to make money for you when you aren’t using it.” 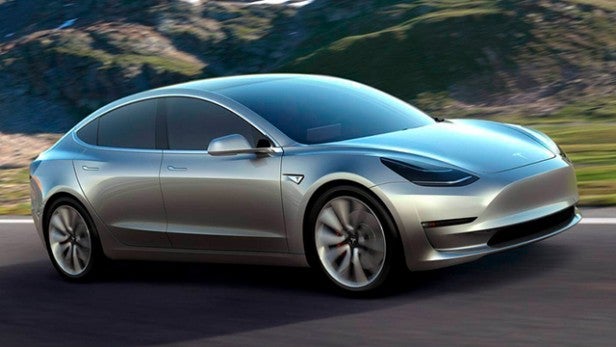 The previous Tesla Master Plan was released in 2006 and outlined how the company would create a sports car, then use the money made from that to develop a ‘medium volume car at a lower price’.

The next stage was to use the money from that to create an even more affordable car, all while working towards providing zero emission electric power generation options.

With the launch of the Tesla Model 3 earlier this year, the firm is seemingly nearing completion of the first plan, although it still needs to prove it can produce the Model 3 on a mass scale.

Whether the second part of the plan will go as smoothly remains to be seen, but it’s certainly impressive that Tesla has managed to fulfil its objectives so efficiently thus far.

What do you think of Tesla’s new plan? Let us know in the comments.