What is Tesla’s Autopilot system? We explain the technology and what precisely it can do.

The first reported instance of a fatal car crash where Tesla’s Autopilot was active has many wondering about the technology and just how safe it is.

Despite the name, Autopilot isn’t a fully autonomous system but a semi-autonomous system. It’s not the same as the ‘driverless’ tech being developed by Google and others, though Tesla’s ultimate aim seems to be something similar.

But Autopilot is really a combination of system under a single name, so here’s a quick breakdown of what it entails.

Tesla Autopilot – What exactly can it do?

Put simply, Tesla’s technology allows the car to keep in-lane, adjust its speed in accordance with other cars on the road, and change lanes autonomously. Autopilot-enabled cars are also capable of scanning for parking spaces and self-parking.

Starting in October 2014, Tesla Model S cars were fitted with a camera, sensors, and radar which would eventually allow for the Autopilot function to work. The technology mostly remained unused until October 2015 when the company launched a new software package, Tesla Version 7.0, which enabled the Autopilot feature.

Related: 5 things you need to know about the Tesla Model 3

The software itself remains in beta, even at this stage, and is disabled by default on all Tesla Model S cars. Owners have to manually turn the feature on in order to use it. What’s more, the feature requires certain criteria to be met before you can use it.

This includes clear lane lines, a somewhat constant speed, a map of the surrounding area, and a good sense of the cars around you. It’s definitely not a case of just getting in your Model S and having the car drive you straight to the supermarket – it’s only semi-autonomous after all and Tesla recommends it for highway use only.

The years since Autopilot’s introduction have seen several iterations of the software introduced. The latest, version 7.1, added a new ‘Summon’ feature which gave Model S owners the ability to call their car from a distance of up to 40 feet, after which the car will drive itself out of a parking space and head towards its owner.

Tesla Autopilot – How does it work?

In order to provide a semi-autonomous experience, Autopilot uses a camera, radar, a series of ultrasonic sensors and digitally controlled brakes. The 12 ultrasonic sensors are placed around the bumpers and sides of Autopilot-enabled cars, and can pick up objects up to 16 feet away. These sensors work in tandem with the front-facing radar and camera, along with a high-precision GPS. Data from all these compnents is combined by the system itself to allow the car to ‘see’ the road around it. 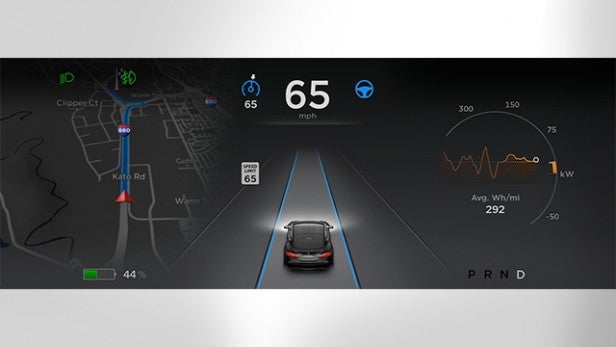 A visualisation of this virtual image is displayed on the digital dashboard, to give drivers an idea of what the car ‘sees’ in real-time.

Software updates for Autopilot are delivered wirelessly, as are all general software updates for Tesla Model S cars. Plus, the Autopilot system sends real-time feedback to Tesla so the company can improve the system over time and fix bugs before other users are affected.

Tesla is unique in this way. Not only has it combined several semi-autonomous features which can be found on other cars into one feature, it is the only manufacturer that has a live feedback system of this type. 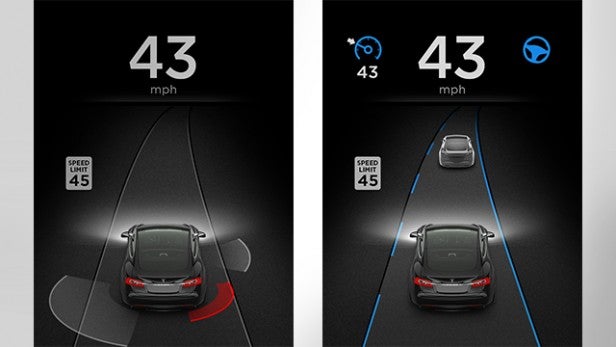 As with any new technology, Autopilot’s hasn’t arrived without its share of controversy. Once the technology was activated in October 2015, it didn’t take long for videos of Model S cars veering into oncoming traffic to surface online.

Although most of these videos involved people using the system in instances where they shouldn’t – i.e. when it was raining or on country roads – Tesla dealt with the issue in the 7.1 software update. The latest version added the requirement for drivers to keep their hands on the wheel when using the system.

Then there was this guy who decided to take a full-on nap on his way to work:

Perhaps the most concerning development came when Joshua Brown, a a 40-year-old man from Ohio, crashed while using his Tesla Model S in Autopilot mode on a highway in Williston, Florida. The car’s systems failed to pick out an 18-wheel truck and trailer that was crossing the road, resulting in a full speed collision in which Brown died.

The incident was the first fatality potentially caused by self-driving technology. Tesla provided a statement following the crash in which it claimed the Model S was unable to recognise “the white side of the tractor trailer against a brightly lit sky”.

Brown had previously posted a video to YouTube which appeared to show the Autopilot feature saving his car from colliding with a lorry.

It must be stressed, however, that the incident is still under investigation. Detailed information isn’t available, so it’s impossible to know at the moment whether the Autopilot system was at fault, whether the Tesla driver was using the system improperly or whether the tactor driver was at fault.

Tesla CEO Elon Musk has previously stated his belief that fully autonomous Tesla cars will be hitting the road in two years’ time. Musk sees the Summon feature, introduced in version 7.1 of the Tesla software, evolving to a point where owners will be able to ‘summon’ their car from one side of a country, and have it drive from the other side to their location.

In terms of Autopilot’s immediate future, the recently introduced Tesla Model 3 is due to feature full Autopilot technology at no extra cost. The ‘convenience’ features, i.e. cruise control and self-parking, will however cost an extra $3,000 (about £2,100). 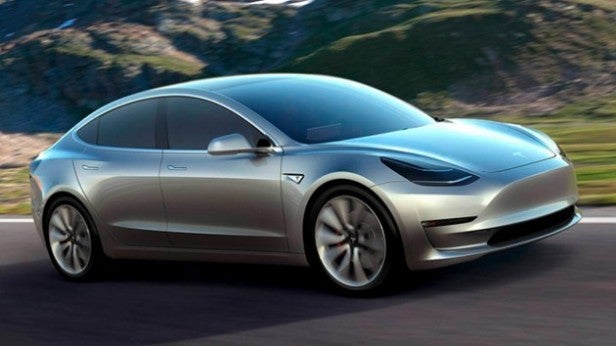 Of course, accidents like the one that occurred in Florida will likely make things more difficult for Tesla, and others such as Google and Apple, who will have to do a lot to convince the world that we’re ready for fully autonomous tech.

For now though, despite the controversy, Tesla’s Autopilot is the closest thing we’ve got to a consumer version of driverless technology.

Watch The Refresh: The latest in tech every week

Is Tesla’s Autopilot the future of self-driving tech? Let us know your thoughts in the comments below.