Sony and Bungie have revealed the Destiny PS4 exclusive content ahead of the game’s release later this year.

During its E3 2014 press conference, Sony announced that those looking to play Destiny on the PS4 would be able to gain access to exclusive content not available on the Xbox One.

Sony decided that the sheer amount of exclusive content was just too much to detail during the conference and so has published a special PlayStation blog post outlining the content.

“At launch, PS4 and PS3 owners will get exclusive access to a unique co-op Strike located on Mars, an exclusive competition map, and a slew of exclusive guns, gear and ships”, explained SCEA Social Media Manager Sid Shuman.

Dust Palace Strike is a PS4 exclusive three-player co-op Strike that can be played with friends or in a general online match. Within this Strike, you’ll be tasked with tracking a Cabal extraction team through an ancient human skyscraper, known as the Dust Palace, and come face to face with a new enemy called the Psion Flayers.

The exclusive multiplayer map is called Exodus Blue and is a mid-sized Crucible arena that has been designed to work well with Skirmish and Control multiplayer modes. The eponymous Exodus Blue is a long-abandoned vessel was once a beacon of home to humanity.

As for exclusive gear, PS4 gamers will get access to the following:

You’ll also get two unique weapons for the PS4. The first is the Monte Carlo, which is an “exotic” assault rifle. It features upgrades like hip fire effectiveness and the ability to boost melee cool down.

The second is the Hawkmoon, another “exotic” weapon. This hand cannon spouts out bullets engraved with a hawk feather etching from the gun’s barrel. You can upgrade the Hawkmoon with damage boosts, making it even more formidable. 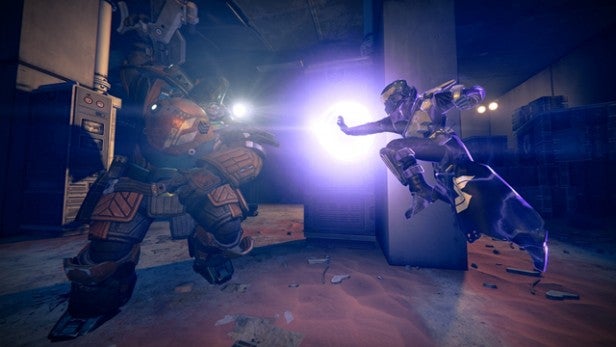