How the live jazz music scene in the UK is starting to move forward despite the closure of music venues, with assistance from Bluesound and MQA.

Back when large social gatherings were a thing and face coverings and elbow greetings weren’t in vogue, Trusted Reviews attended a preview of ‘The Master Sessions’ at Grove Studios, London to witness the collaboration between hi-fi brand Bluesound, MQA and music organisations Jazz re:freshed and British Underground.

Related: MQA and Bluesound to help produce ‘The Master Sessions’ 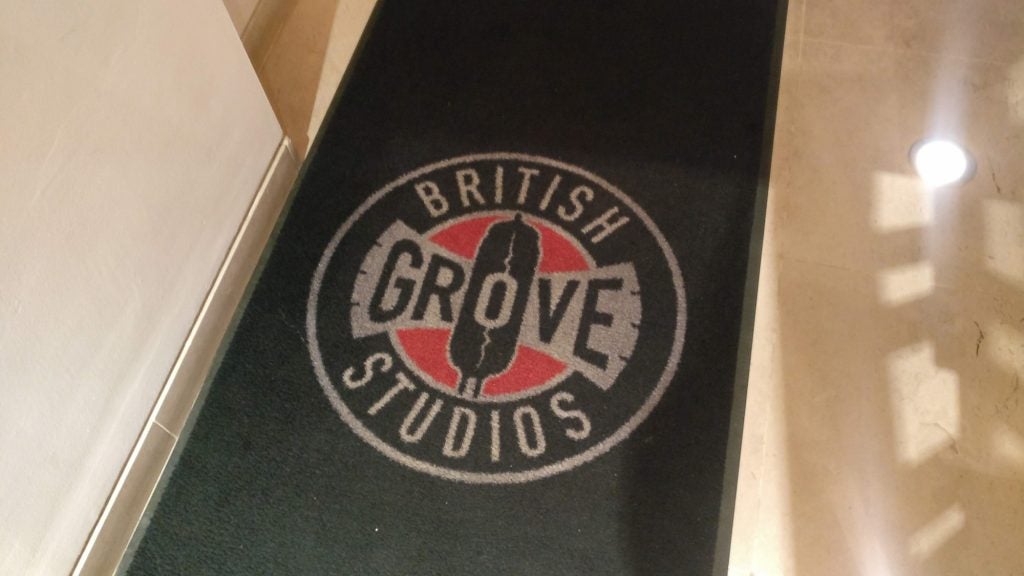 The aim was to distribute a live stream of musicians playing in real-time using MQA to over 100 audio retailers around the world using Bluesound speakers. The first event took place in the UK, with the second scheduled for the SXSW festival in Austin, Texas in March.

However, SXSW didn’t go ahead, with the spread of Covid-19 leading to mass cancellations of social events as people around the world readjusted by staying at home and music arenas went into hibernation.

But Bluesound, MQA and Jazz re:freshed were onto something that’s even more relevant than it was just a few short months ago.

Streaming music to your home was a decent alternative to the ‘real thing’, but as concert venues are closed and continue to apply for government aid, it could be the way for fans and artists to engage with each other for the foreseeable future.

It’s not the first time MQA has committed to real-time live streaming. There was an audio-only performance by Jake Isaac from London’s Rocket Studios to SXSW back in 2018. And this year they teamed up with the British Music Embassy to live stream performances in HD video and MQA audio that were due to take place at SXSW.

But what exactly is MQA? MQA stands for Master Quality Authenticated, and it’s an end-to-end audio technology devised by Bob Stuart to deliver sound at higher than CD-quality. It captures a recording’s resolution and timing, then uses an ‘origami’ folding technique that packs the info within the studio recording into a file small enough to stream across a network. Once it reaches its destination, the MQA compatible device will ‘unfold’ the file, reproducing the same high-quality audio track that went into the pipeline in the first place. 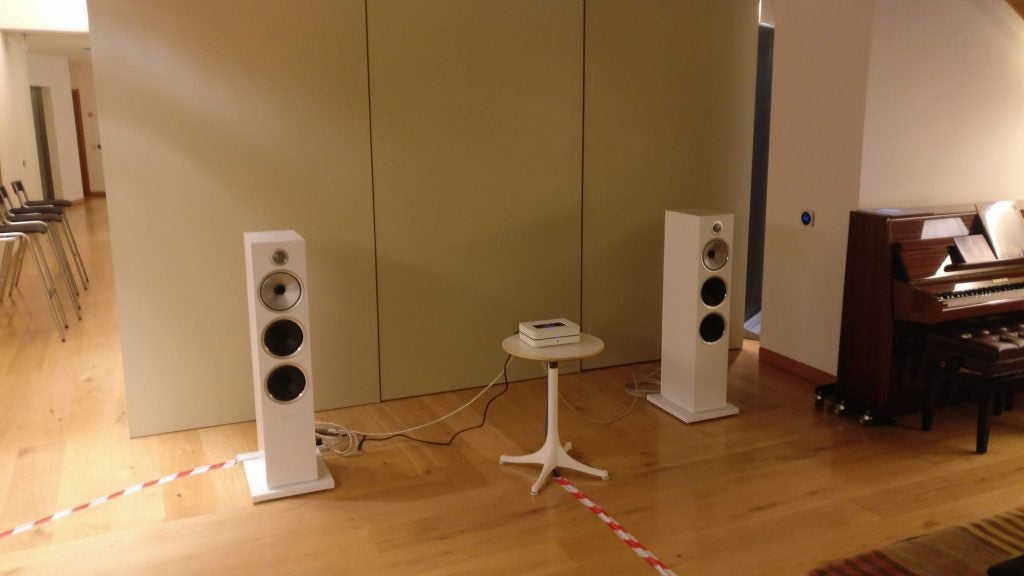 The demonstration I was privy to didn’t involve data travelling across long distances – it was downstairs/upstairs type of travel – but the emphasis was more about the reproduction of the live performance, channelled through a Bluesound Powernode 2i amplifier and a pair of B&W 703 S2 speakers, with several other Bluesound speakers dotted around the room.

And the fact that jazz was chosen perhaps highlights an inequity, giving a stage to a genre and artists that don’t enjoy the same limelight as others. There’s the potential to empower artists by streaming their performances at a standard that’s closer to the original performance. 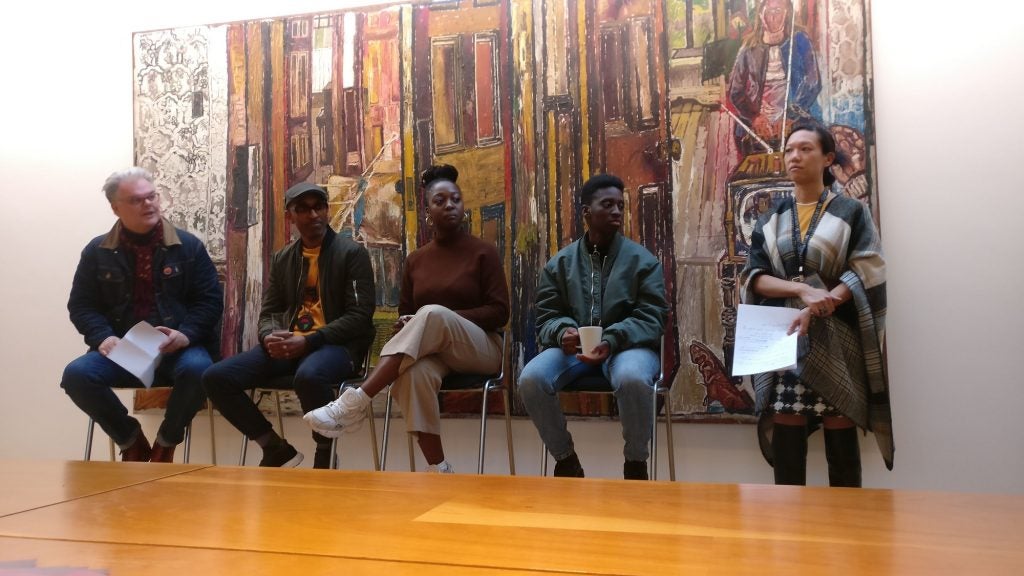 As part of the presentation there was a panel moderated by British Underground’s Crispin Parry that featured Justin McKenzie – Co-Chief Executive and Artistic Director of Jazz Re:freshed – alongside jazz musicians Cassie Kinoshi and Shirley Tetteh.

And the talk brought up parallels between the early days of music streaming to the effect MQA streaming could have. As McKenzie remarked: “I think technology like social media, streaming, came in during the time of us doing this [Jazz: Refreshed] and that made a big difference to how the music was being proliferated and being put out there. There wasn’t this restriction of it has to be on a record label to get my music out there, and that made a difference. I think it allowed people to be more free [sic] with how they put out music.” The same effect could be had in this ‘new normal’ we’re living in. 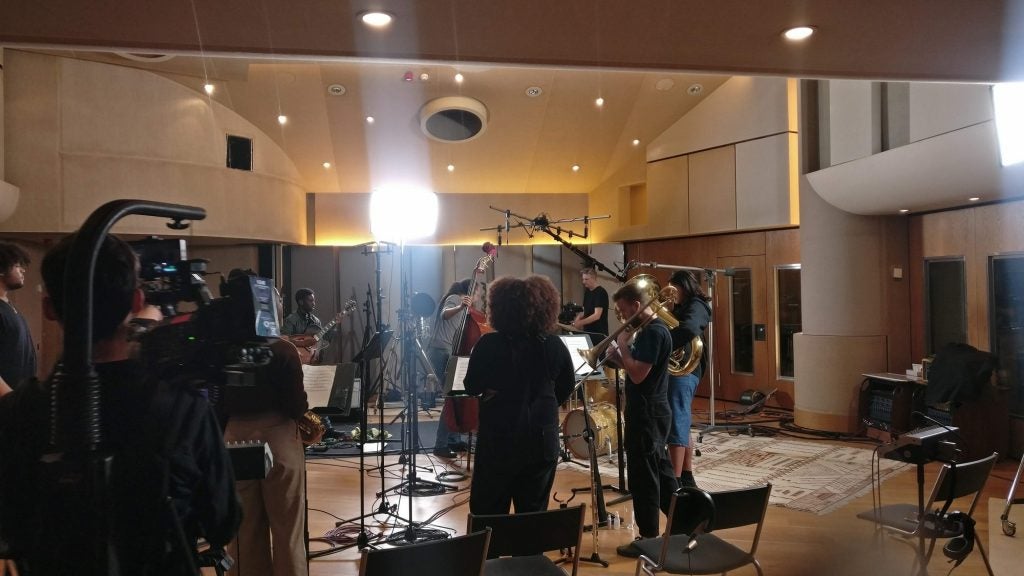 The SEED Ensemble preparing for the performance at Grove Studios

And by focusing on jazz, it gives the genre more space to be noticed in the digital arena than a physical one; and the reach of streaming, proliferation of download speeds and the quality of MQA mean it could aid discovery of jazz and help it reach a larger audience, bringing artists in the contemporary jazz scene such as Cassie Kinoshi (SEED Ensemble) and Shirley Tetteh – both of whom performed at The Masters Session preview – to wider recognition.

As Mackenzie further alluded to: “Thinking of just selling records. Streaming has helped with play listing and things like that. People don’t playlist necessarily in genre. They playlist in [terms of] feel, in sound, and you’ve got people who are into some leftfield pop but they have Moses Boyd [jazz composer] in there because it goes with the feel, it goes with the like. That kind of cross-pollination is helping people discover new music… then they’d follow that trial and get into other things and then maybe reach back into jazz because they’ve got this essence, so I think streaming has been vitally important in that global reach.”

There’s plenty of scope for potential, and while it won’t replace the feel and energy of a live performance, perhaps it can get closer to it in a socially distant world. As Cassie Kinoshi tellingly remarked before lockdown was even a notion: “You are creating together. You are interacting, you’re listening to each other and you’re responding, so you’re constantly creating in the space together and it’s a community thing. You’re making this piece and sound together.” 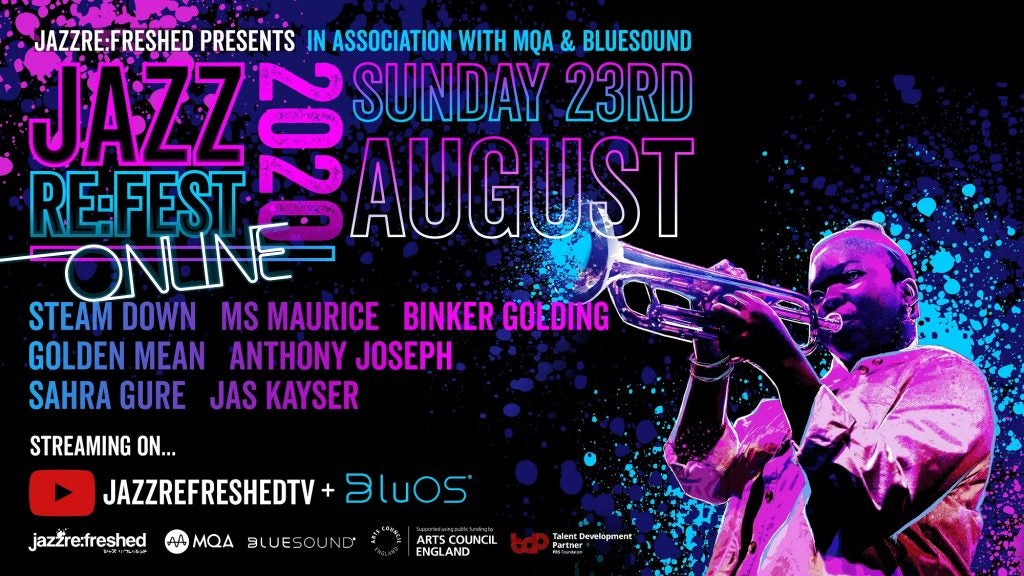 That feeling will not be as strong in the coming months either for musicians or the fans who follow them, but you can judge for yourself whether the strides music streaming has made are in the right direction with a listen of the annual JAZZ RE:FEST 2020 festival, hosted online on August 23rd from 5pm to 9pm.

It’s a virtual showcase being held at The Mill Studios behind closed doors, and will be streamed on the Jazz re:freshed YouTube channel, as well as broadcast at the same time in MQA studio-quality sound via Bluesound’s BluOS Controller app.

The price of admission is you’ll need a BluOS enabled device to hear it (available from Bluesound, NAD, DALI and Monitor Audio). That rather restricts the effort to bring it to the widest audience in the best quality possible, but at this moment in time something is most definitely better than nothing.