Best GoPro 2019: Which GoPro should you buy?

GoPro is the first name people think of when action cameras are mentioned. People use them on holiday, they are a favourite of cyclists and extreme sports fans, and GoPros have even been used in Hollywood.

They were used in The Martian for certain scenes, and almost the entirety of 2016’s Hardcore Henry was shot using GoPro Hero 3 Blacks.

GoPros are even better these days, but what are the current models, and which one should you buy? Here’s our refreshed guide based on its new 2019 line-up.

GoPro’s current line-up consists of a couple of cameras released on October 2019 and two from 2018.

In GoPro’s usual fashion, you can buy the top 2019 version, the Hero 8 Black, or 2018’s Hero 7 Black for less money. And many of you may want to consider that move.

Those on a tighter budget will want the Hero 7 Silver. This camera’s footage isn’t quite as sharp as the Hero 7 Black’s but you can still shoot at 4K resolution and the menu system is simplified to get you up and shooting even quicker.

GoPro also makes a 360-degree camera, the GoPro Max. This is GoPro’s follow-up to the Fusion from 2017, which has now been discontinued – but you may still be able to find it cut-price online.

These models all certainly can, though – here’s our guide to all of the GoPros you can currently buy…

The best GoPro yet, if not the best value one you can buy…

Cons:
Mods aren’t available yet
Not that dramatic a change 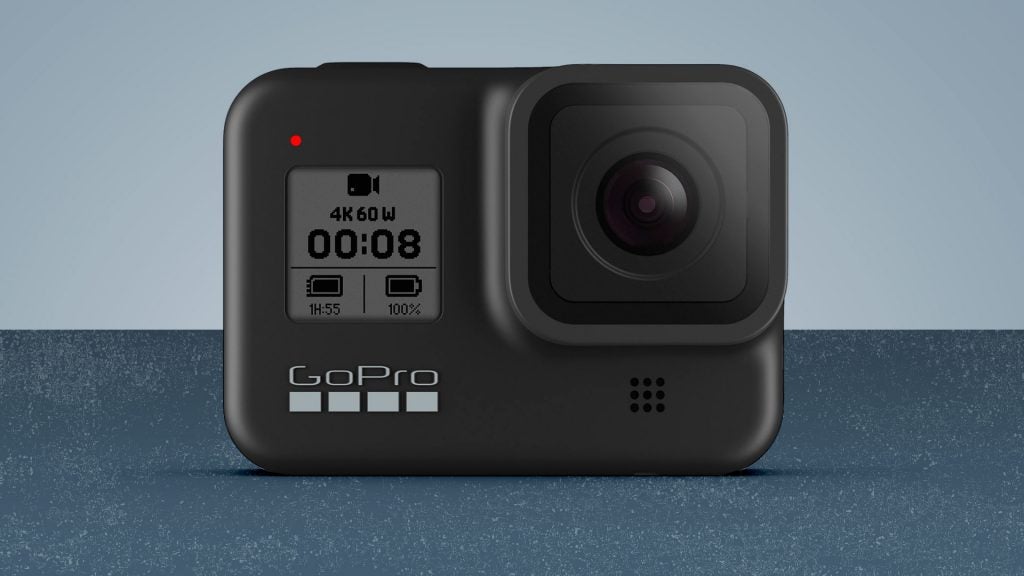 Some hoped the GoPro Hero 8 Black would have a front screen like the DJI Osmo Action. It does not, and looks quite similar to the Hero 7 Black, but there are plenty of other changes.

The Hero 8 Black has mounting fingers built into the shell, so you no longer need a mount case to fit the camera onto a tripod or stick.

GoPro has fiddled with the design to suit. Much of the body is no longer rubberised, so you’ll want GoPro’s protective case for sports use, although the lens housing is apparently stronger this time around.

All of your favourite modes are here, like 4K/60p shooting, 240fps slo-mo and HyperSmooth stabilisation for silky video even if you run around with it attached to your head.

But why should you buy this over the Hero 7 Black? It’s almost 7mm thinner, it shoots video at a higher max bit-rate (100Mbps vs 78Mbps), offers improved HDR performance for your still images and several new bits besides.

You can shoot RAW shots in any photo mode, there are more burst and Timelapse options. And LiveBurst is completely new. This is quite a smartphone-like mode, as it shoots 1.5 seconds of video before and after you hit the shutter for a quick-fire 3-second nugget of action. GoPro also claims to have improved its HyperSmooth stabilisation.

We’ve been out shooting with the Hero 8 Black and find its colour tone more charming than the Hero 7 Black’s. It also seems to be able to resolve more detail in lower light.

The new Mods line-up is perhaps the most interesting part of the Hero 8 Black, mind. You’ll be able to buy clip-on front screen, 10-LED light array and a better mic with 360-degree sound. However, these cost £50-80 each and won’t be available until 2020.

The current GoPro sweet spot for performance and value…

Cons:
Won’t be able to use Mods when they’re out
High ISO image quality isn’t great 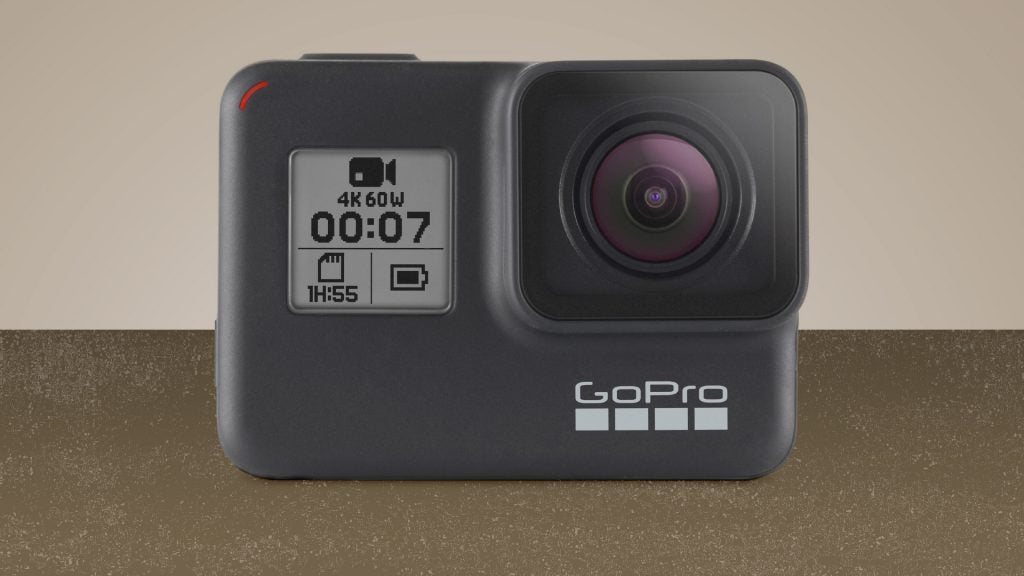 You can think of the Hero 7 Black as the Hero 8 Black without the new 2019 wingdings strapped on. The two have comparable image quality, the same core modes and even some of the same highlights.

Slo-mo 240fps footage is captured at 1080p, there’s stabilisation at 4K/60p and you have four fields of view to choose between. The standard action camera angle is probably what you want most of the time, but you can also use SuperView, an ultra-wide mode.

This introduces more distortion and decreases the stabilisation effectiveness but the angle provides great coverage and some truly dynamic looking composition opportunities.

At £90 less than the Hero 8 Black, a lot of you should consider this older model. Sure, it’s not quite as handy for vlogging as the Hero 8 Black, with the upcoming screen Mod, but buy the existing mic adapter accessory (and a mic) and you can record sound as high-quality as the video.

The Hero 7 Black also has a few little design differences we like. You can remove its glass lens cover, should it get scratched after a particularly rough weekend on your bike. And it has more of a rubberised finish that soaks up impact force better. 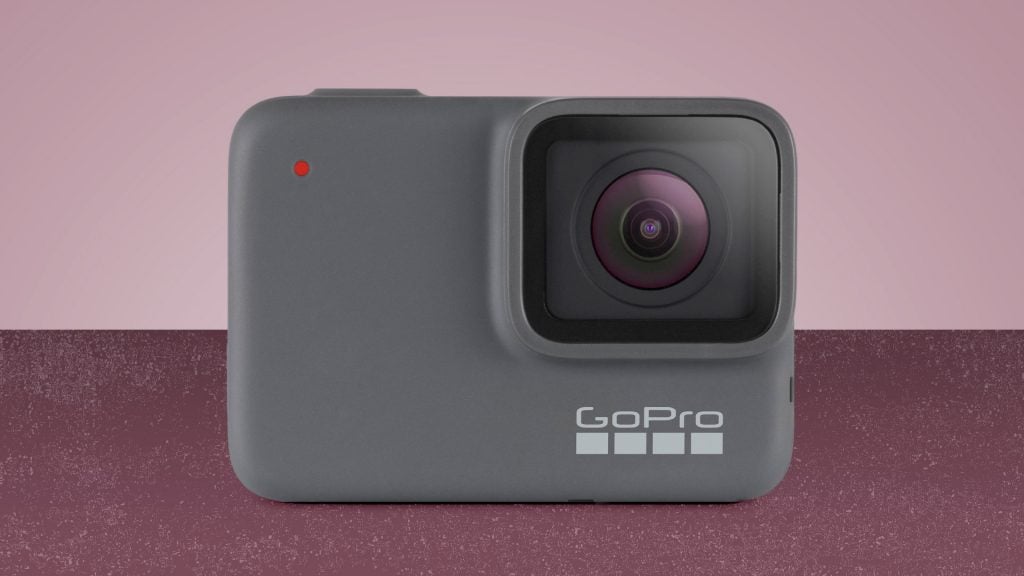 The Hero 7 Silver was introduced as the most affordable way to get a 4K GoPro. Guess what? It still is a year on.

You can treat it just like the more expensive models too, as it has 10m water resistance. As long as you remember to keep the seals closed, anyway.

This camera also has a simpler interface than the Black models. That’s good news for the non-techies, but could put off those who want more manual control over shooting parameters. This is GoPro’s “point and shoot” pick.

The Hero 7 Silver also has a lower-end 10-megapixel sensor. Its 4K footage doesn’t look as sharp to detailed as the Black models, and that’s down to the quality and size of the sensor, not just its resolution. You also miss out on RAW photo capture, the Black series’ super-effective HyperSmooth stabilisation (it does have electronic stabilisation, though) and 60fps 4K shooting.

While you can capture Full HD footage at 60fps, 4K footage is capped at 30fps. There’s also no live streaming mode. The GoPro Hero 7 Silver isn’t miles off the full GoPro package, but it’s not quite there either.

A promising new all-rounder for those need 360 skills…

Pros:
It’s like a GoPro, and a 360-degree camera
4K/60p capture
The best stabilisation of the lot

Cons:
Bigger than the non-360 models
The priciest GoPro around
Less water resistant than the rest 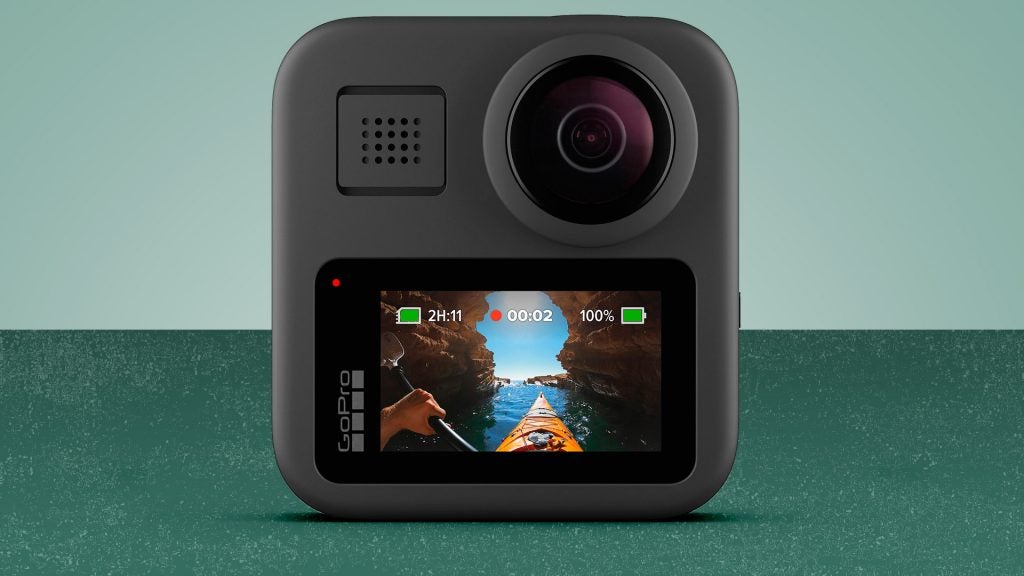 The GoPro Max is the stand-out GoPro because it’s not just an action camera. It has 180-degree lenses on front and back, to let it shoot full 360-degree footage just like the older Fusion from 2017.

However, you can also use it like a normal GoPro because it has the same four fields of view as the Hero 8 Black, SuperView down to Narrow, and a screen to let you compose the shot. As well as that you get that all-important 360-degree video mode and 270-degree panoramas.

This time around GoPro’s 360-degree camera isn’t quite as much of a hulk. Yes, it is bigger than any of the other GoPro models, but is much smaller than the old Fusion. This is a good thing, as that camera felt too vulnerable (not to mention looked quite silly) in a lot of mounting scenarios.

At £100 more than the Hero 8 Black you could also argue this is not all that expensive an upgrade. £479.99 is not small change, though.

While this may not be the best choice for a traditional approach to action camera shooting, it certainly opens up several new creative avenues.

We’ll update this page as soon as we taken it through its paces in a full review.

Which GoPro is best for me?

There are more kinds of GoPro user than flavours of GoPro. But the GoPro Hero 7 Black is a comfortable sweet spot for many.

It offers the image quality that made these cameras so popular as tools for “real” film-makers, at a lower price than the new models. Yes, those newer 2019 cameras do have useful extras, but we don’t think all of them are important to the average GoPro user who needs an action camera for occasional bike rides, holidays and so on.

The new GoPro Hero 8 Black is also held back by the delay to its Mods. They look neat, but won’t be available until 2020.

Just because they’re no longer on sale, doesn’t mean you shouldn’t also consider some older GoPro models too – here’s a quick look at some of the recently discontinued GoPros you may also want to consider. 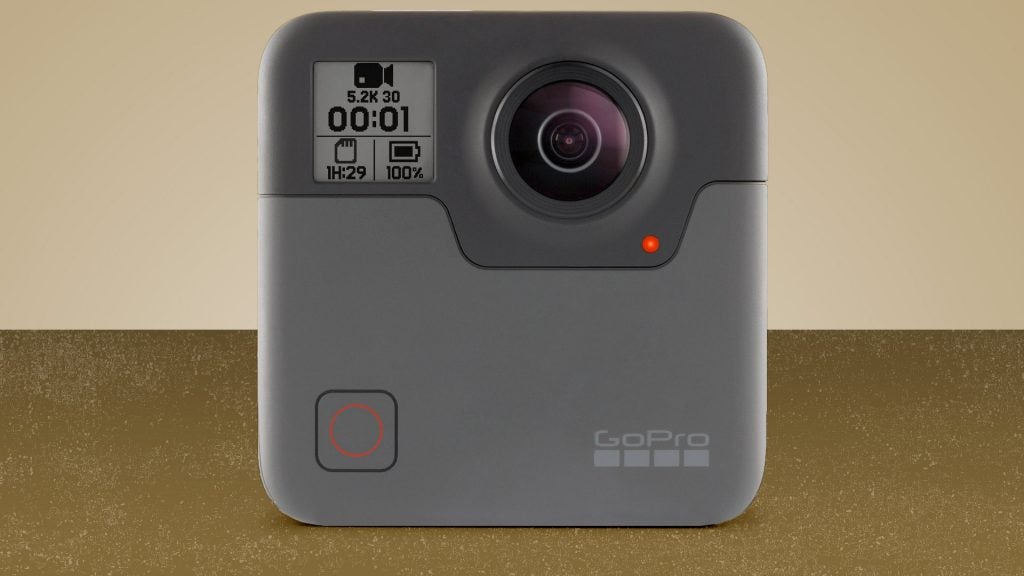 The Fusion was GoPro’s first 360-degree camera. It was interesting, odd, quite expensive and fairly large. We’re glad the Max is here, but there’s some appeal left in the Fusion if you find it at a good price.

Where the Max tries to come across as a normal GoPro and 360-degree GoPro in one, the Fusion introduced the Overcapture concept. This is where you shoot the full 360-degree frame and then crop into it dynamically post-shoot to effectively edit your movie on the fly.

GoPro was perhaps a little ambitious in its aspirations for making this kind of editing work well on your phone. And that’s perhaps why it has taken a joint approach for the Max. But if you find it at a heavy discount, the Fusion is fun to play around with. 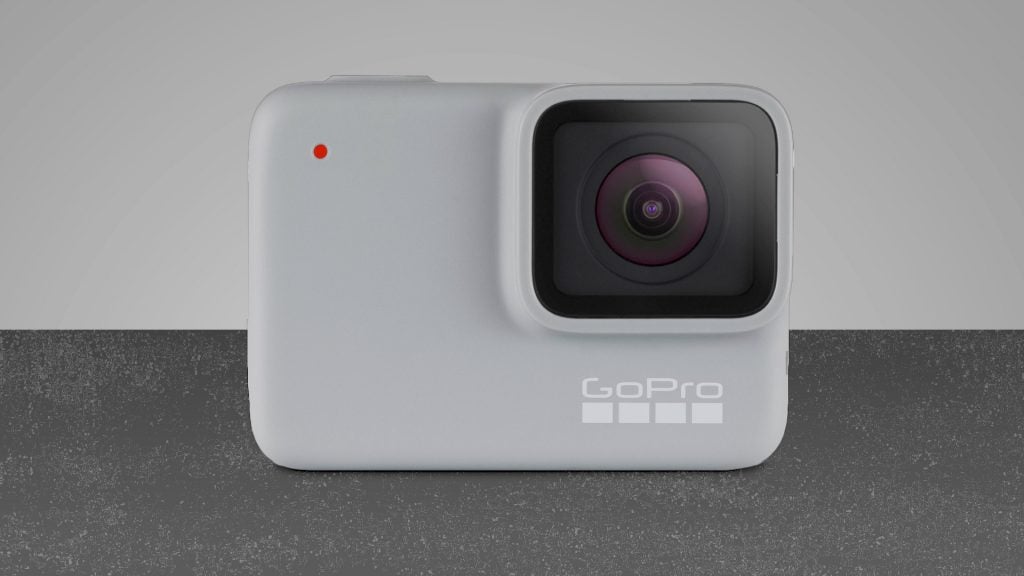 Relatively cheap phones can shoot video at 4K resolution. The Hero 7 White can’t. However, that does not mean you’re stuck with 1080p. It can shoot at 1440p, 30 frames per second, which is still great. After all, the Silver’s 4K mode only goes up to 30fps.

The GoPro Hero 7 White is solid too. It has 10m water resistance and the shell is similar to that of the pricier models, including a rubberised finish.

This camera has the same simplified software as the Hero 7 Silver, which makes complete sense. It’s breezy and easy, just not 4K – and still worth considering if you don’t need that resolution.