Samsung has surrendered the notion that the Galaxy Note 9 unveiling will present any sort of surprise from a hardware design perspective. So why not get the official cases out into the wild ahead of the announcement?

UK retailer Mobile Fun says it has received the first batch of official Note 9 accessories, which it selling ahead of the Unpacked event on August 9.

Those accessories, which are the same as those previously leaked by WinFuture’s Roland Quandt earlier this week, include a selection of official Note 9 cases in an array of styles and colours. There’s the LED folio, which is able to display information from the display, and a clear view standing case which also shows notifications.

Mobile Fun is also touting an extra touch protective stand cover case, as well as leather and silicone options. Some of the options are already in stock, while others will be available in 3-5 days, the retailer says. 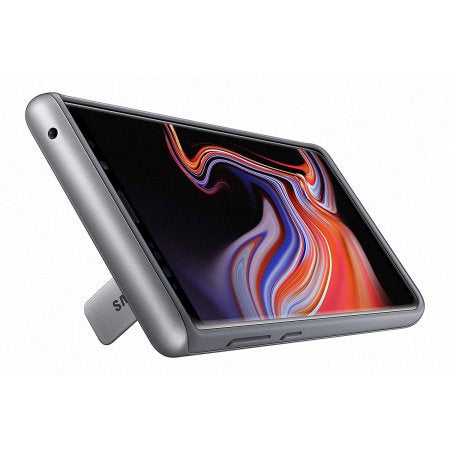 The decision to launch the cases early comes two days before Samsung takes the wrapper off the Galaxy Note 9 at Thursday’s Unpacked event. So far, we’ve seen the device in various renders and even an official unveiling video, which Samsung mistakenly posted online late last week. That revealed there’d be a powerful new S Pen, all-day battery (expected to be 4,000mAh) and a option with 512GB of built-in storage. That’ll be expandable to 1TB with a microSD card.

Multiple price leaks have left us to believe the price will be somewhere in the region of £850 to £950. The colours – expected to be Arctic Silver, Coral Blue, Lilac Purple, Midnight Black and Teddy Brown – were revealed weeks ago.

The device itself will go on sale on August 24.

What feature are you hoping to see on the Samsung Galaxy Note 9? With all of this information already out there in the wild, could Samsung be plotting something even bigger?  Let us know on Facebook or Twitter @TrustedReviews.