There are thousands and thousands of games made for Android devices. However, a humble Android phone or tablet can also be used as a little gaming time machine, to re-play the games of your youth with the help of emulator apps.

These create a virtual game console within your device, letting it play digital versions of classic games called ROMs. You won’t find any packaged with these emulators – you’ll have to find them separately.

Almost all the classic 90s consoles are emulated near-perfectly on Android at this point, from the original Gameboy to the Sony PlayStation. We’ve checked out emulators for all the main consoles and handhelds to find out the top emulator apps you should download today.

If you just want a quick dabble, also be sure to check out RetroArch. It’s a multi-system emulator that can handle many of the systems here, but won’t necessarily get you the performance of the dedicated emulators.

Disclaimer: TrustedReviews does not condone any form of piracy. Apart from Captain Pugwash. 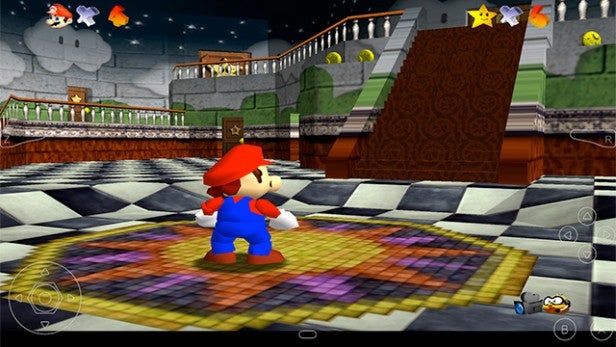 The N64 is one of the most sought-after consoles when it comes to emulation. There are loads of people out there who want to re-live their first experiences with The Legend of Zelda: Ocarina of Time or Mario 64.

Android emulation of the N64 is still a little patchy in places, but OpenGL support means you can see the game rendered at resolutions much higher than the actual N64 was capable of. That means no jagged edges in polygons.

There are lots of Android N64 emulators, but most are based on the same source: the Mupen PC emulator. So the differences are more about optimisation and features. The one we had the most luck with was SuperN64. You’ll see glitches in some games, but with a current mid-range phone you should be able to play most titles at full speed. 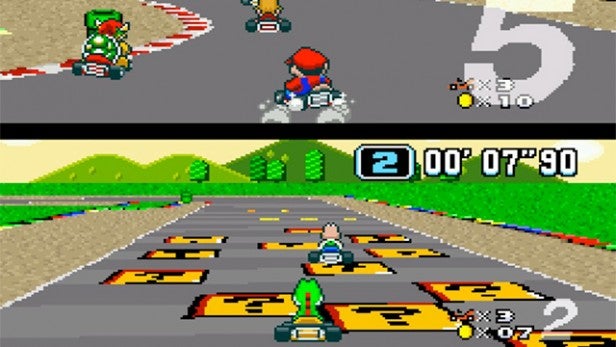 The SNES was home to some of the very best games of the 90s. It’s amusing that many modern games take up as much as 100,000 times as much data as a SNES classic. We’ll let you decide whether Super Mario World is actually more fun than generic shooter X in 2014.

There are a few paid options out there, but there’s also a perfectly good freebie: Snes9X EX Plus. While not quite as glitzy-looking as the paid-for SuperGnes, ROM support is excellent and we were able to play everything we tried at full speed on the Moto G.

This emulator offers scaling options, to make these old 16-bit games look a bit more as if they belong on our fancy high-res phones. They sharpen-up the visuals, but purists might not approve. 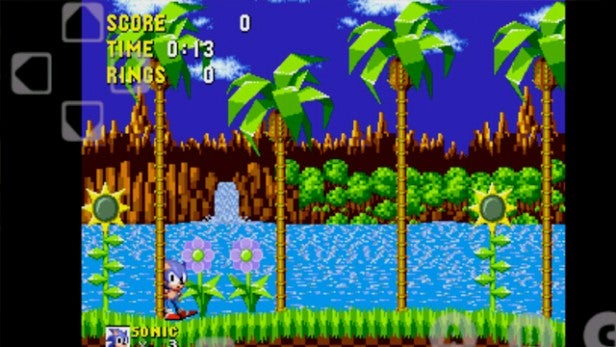 Sega Mega Drive emulation, or Genesis if you’re in the US, hasn’t had quite as much attention as its Nintendo arch-rival. Twenty years on, it seems Nintendo won that war.

There are a few decent Mega Drive Android emulators out there, although our top pick is not actually available on Google Play. Gensoid offers good performance and support, even though – like most other Mega Drive emulators – it hasn’t been updated in the last couple of years. Fingers crossed it’ll still work when Android Lollipop lands.

It offers reasonable controls, save/load states and fast forward, which just speeds up the action if you want to speed through a boring non-skippable cutscene. 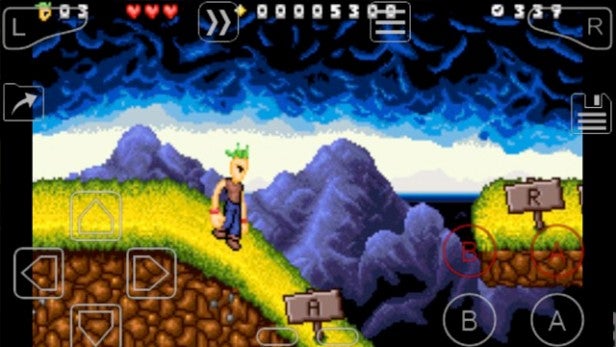 GBA emulator My Boy! is one of the few emulation apps actually made by the people that produced the core emulator software – often it’s someone else’s work, with a new front-end and some extra features applied. In the end the difference is minimal, but might make your feel better about paying for the ‘full’ version.

Dabblers may well be happy with the free edition of My Boy!, though, which simply cuts back a few features. Upgrade to the full My Boy! and you get multiplayer, better save/load support and gyroscope support.

We found this to be one of the most impressive emulators of the lot, both for its good presentation and that the GBA’s relatively limited on-console controls make a better fit for a phone. You don’t have to worry about six face buttons, just two. Phew. 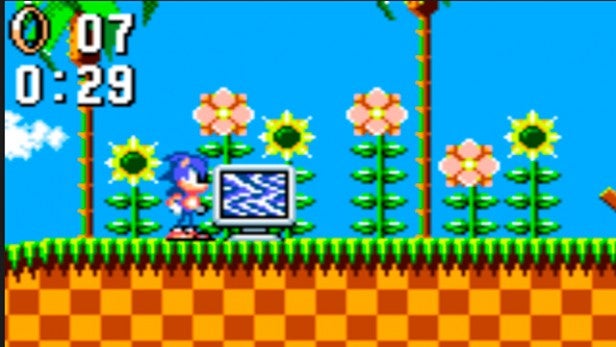 As the systems are so much less popular than the Mega Drive, it’s no wonder there are fewer Master System and Game Gear emulators out there. However, there is one that can handle both of these minor classics: Gearoid.

It’s available for free, and is made by Yongzh, one of the leading figures in the emulation scene. However, you won’t find it in Google Play or any of the main third-party app stores. You’ll need to side-load this one.

While not one of the highest-profile emulators, you still get plenty of extra features including physical controller support and save states. 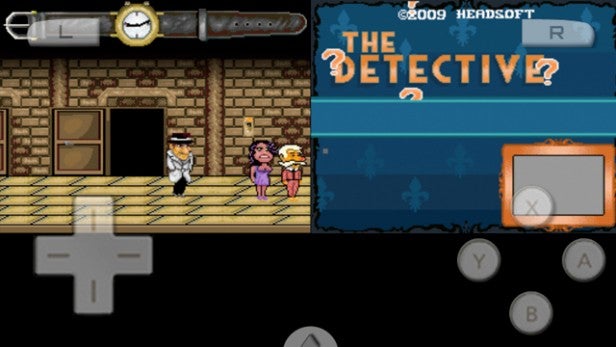 One of the most recent systems that can be (mostly) successfully emulated by an Android is the Nintendo DS. Bless Nintendo for not really caring about graphics, or anything remotely high-end, hardware-wise.

Trying to fit the DS’s two screens onto one Android display comes with issues, but we didn’t actually find this emulator any fiddlier than the Sega Mega Drive or SNES. It’s remarkably playable, unless you try a game that demands lots of touchscreen and button action at the same time.

Unlike the other DS emulators, DraStic offers excellent performance too. We got full speed play with the Moto G in most games, and we imagine even humbler phones could hack it too. 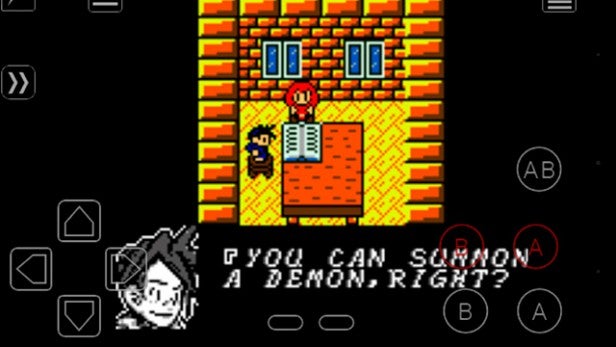 The father of our best GBA pick, My Old Boy! plays Gameboy and GBC games. And just like the GBA emulator, it’s a cracker.

Not only are performance and the interface great, we also found that the games make the transition to your phone’s screen with real ease. It’s not hard to imagine why – the way you hold your phone in portrait is quite a lot like holding a Gameboy.

If you’ve turned your nose up at trying something as old as a Gameboy game, give one a try – they’re generally much less problematic control-wise than SNES ones. 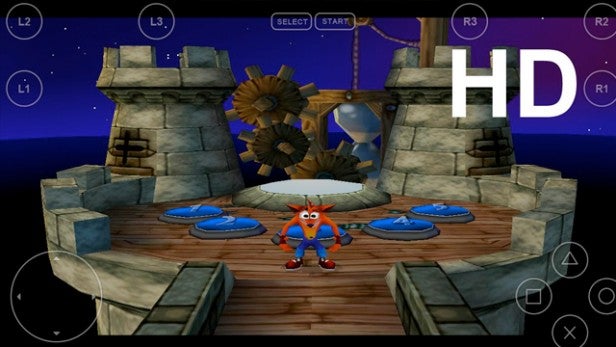 The console that brought CD-based gaming to the masses (the TurboGrafx CD was nice, but no-one bought it), emulating PlayStation games requires quite a lot of storage. You’re not going to fit dozens on your phone’s internal memory, unlike the rival N64.

However, the relatively low power of the PlayStations internals means most current Android devices can handle the task of emulation pretty well.

There are two hero PlayStation emulators out there at present – FPse and ePSXe. Both cost a couple of pounds and neither offers a trial/demo version.

Which is better? Both are solid, offering good compatibility and performance. They both offer OpenGL support too, letting the phone render the game at a higher resolution than it would have originally been displayed. However, we’ll side with FPse as it was been updated very recently and offers an active forum online. ePSXe feels a bit stagnant in comparison. 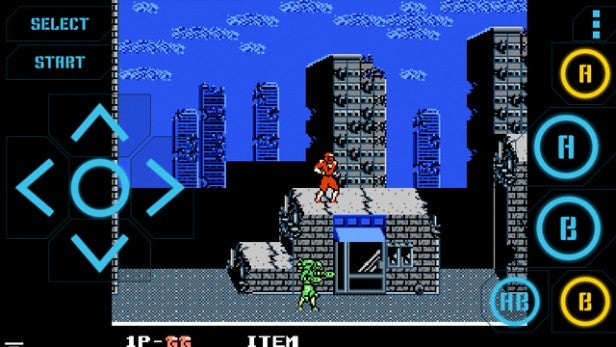 The console that started it all for many, heading back to some of those NES classics will be like gorging on a nostalgia chocolate box. And several good NES emulators are available for free.

Our pick of the bunch is Nostalgia.NES, currently available in ad-supported form for free, or you can get rid of the ads for a mere £1.20. Much as we found with the Gameboy Advance and Gameboy, the two-button NES controller ports over fantastically to the touchscreen.

Nostalgia.NES offers some great features too, including OpenGL support to improve the graphics a little, light gun emulation, autosave, Wi-Fi multiplayer and game rewinding. Given NES games are often much harder than what we’re used to today, the latter is a nice extra. 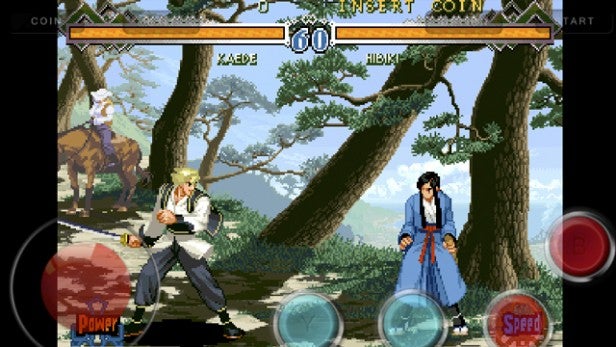 The MAME project has been around for almost 20 years, and it’s a mammoth endeavour: to emulate every arcade machine. It’s evidence of what indie collaboration online is capable of.

There are two versions of the MAME emulator available on Google Play, one intended for lower-power devices, the other a little more demanding. Each supports a different ROM set. Through the decade-plus development of MAME, these different ROM sets have told you exactly which games are compatible or semi-compatible, at any time.