The latest MacBook Pro models are great bits of kit. Due to questionable battery life concerns, however, they didn’t get off to the best of starts to life.

Having originally been the company’s first machine not to be awarded the coveted Consumer Reports seal of approval – a decision that was later overturned – Apple has looked to address issues with its latest laptops’ staying power.

Now, those efforts have been rolled out to the masses as part of a new macOS Sierra update.

Having evolved from its beta form to now be handed a general release, macOS Sierra update 10.12.3 brings a number of bug fixes and updates to new MacBook Pro owners.

The most notable, however, is a patch addressing the Safari bug responsible for the machine’s less than stable battery life.

Related: MacBook Pro vs MacBook Air: Which should you buy? 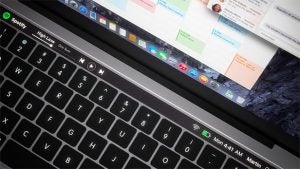 Elsewhere, further bug fixes amend GPU errors that occurred during the encoding of Adobe Premiere video projects on both the 13-inch and 15-inch versions of the Touch Bar equipped machines.

The latest macOS Sierra update isn’t just for new MacBook Pro users, either. Updates and fixes have been squeezed in for broader Mac users too.

As well as fixing an issue that prevented digital camera images correctly being imported to some third-party software, the patch address problems with previewing and searching certain .PDF files.

As always, the new macOS Sierra update is available as a free download.

Had you faced issues with the MacBook Pro’s battery life? Share your experiences below.